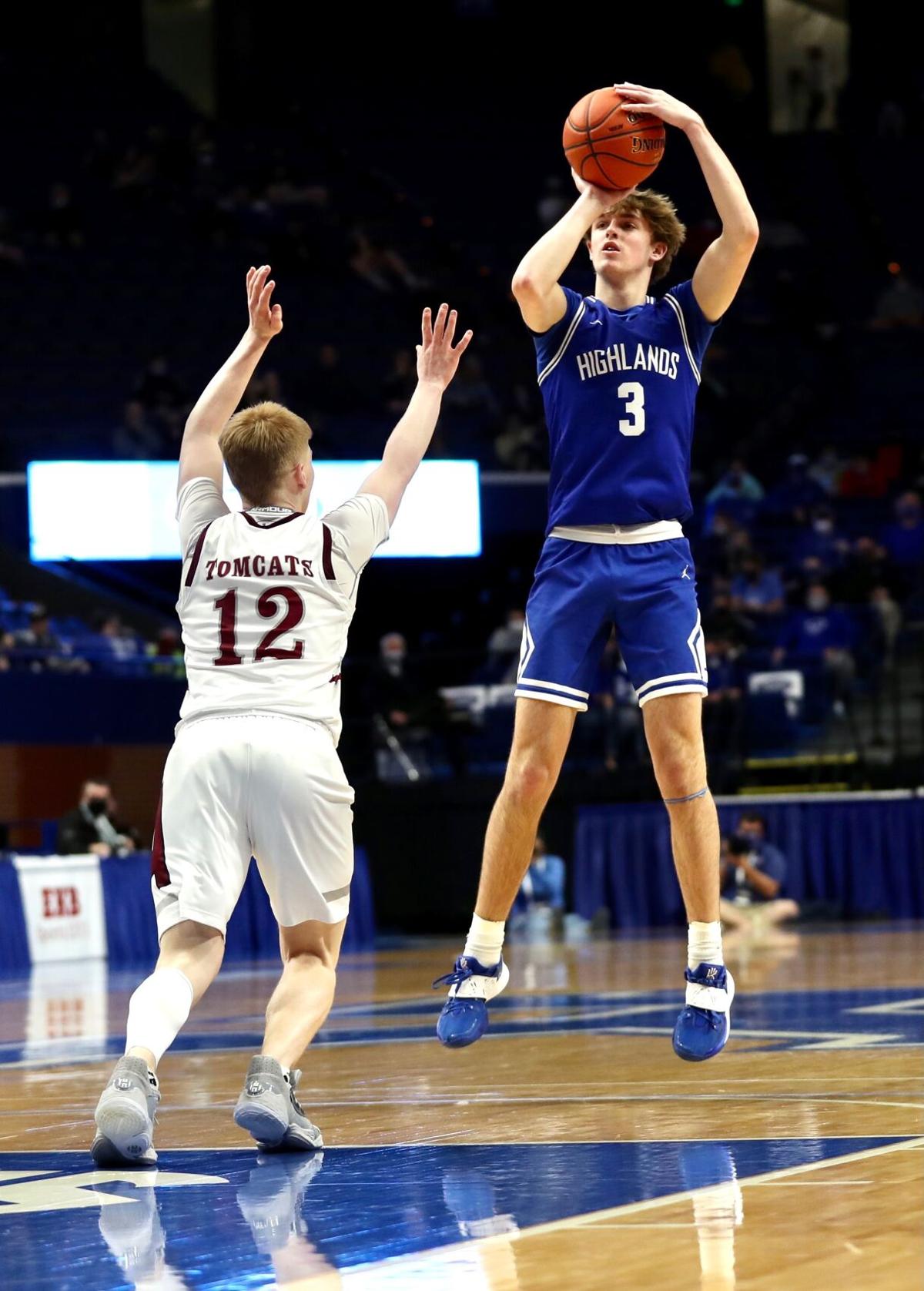 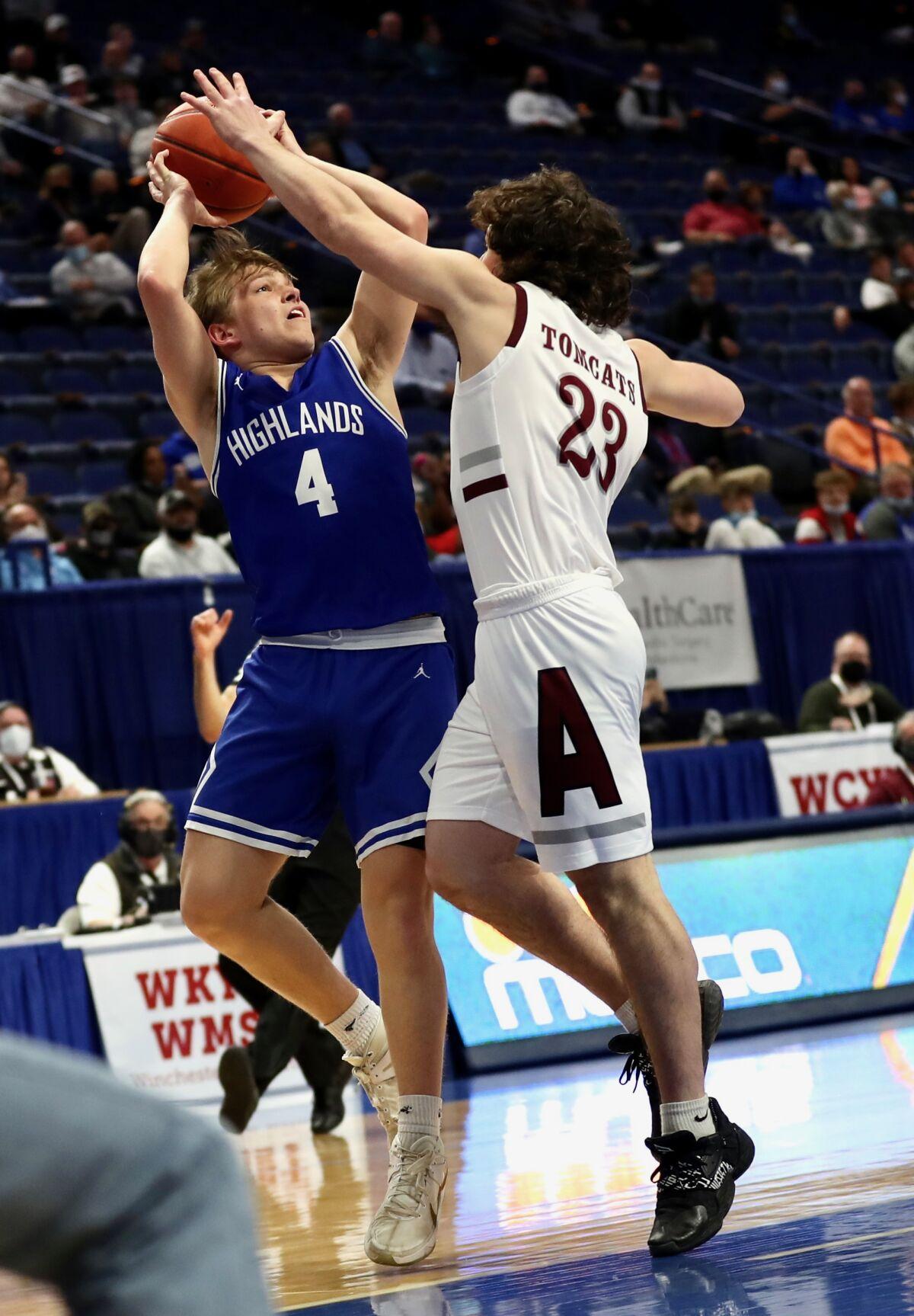 Leyton Read attempted to put up a shot during semifinal action of Saturday’s KHSAA Boys’ Sweet 16 games against Ashland. | Photo by Les Nicholson

Leyton Read attempted to put up a shot during semifinal action of Saturday’s KHSAA Boys’ Sweet 16 games against Ashland. | Photo by Les Nicholson

LEXINGTON —Highlands held a slim 56-50 lead midway through the fourth quarter before using a 10-0 run to close out its 66-50 win over Ashland during Saturday’s 2021 KHSAA Boys’ Sweet 16 semifinals.

Highlands’ Sam Vinson turned in another impressive effort, scoring a game-high 27 points thanks to a 12-of-21 shooting effort. He also finished with eight rebounds and four assists. Luke Muller added 15 points while Oliver Harris finished with 10 points.

The Tomcats were 11-of-39 from the floor during the final three-quarters of play and finished with a 19-of-52 clip (36.5 percent). They also shot 9-of-28 from 3-point range with Colin Porter’s 15 points leading the Tomcats. Ethan Sellars finished with 13 points while Cole Villers added 12 points.

Both teams shot the lights out during the first quarter with Ashland Blazer shooting 61.5 percent (8-of-13, including 5-of-8 from 3-point range) while Highlands turned in a 57.1 percent (8-of-14) shooting effort.

Villers scored 10 points in the opening period with six of those coming from two made 3-pointers. Vinson kept the Bluebirds in the game with eight points on 4-of-6 shooting.

Both teams continued to take each other’s best shot until Highlands used a 10-0 run over the final 2:48 of the first half to take a 36-32 advantage at halftime.

A 3-pointer by Muller gave the Bluebirds a 36-32 edge at the 1:10 mark while Vinson’s 16th point of the contest with seven seconds left gave his team a four-point advantage.