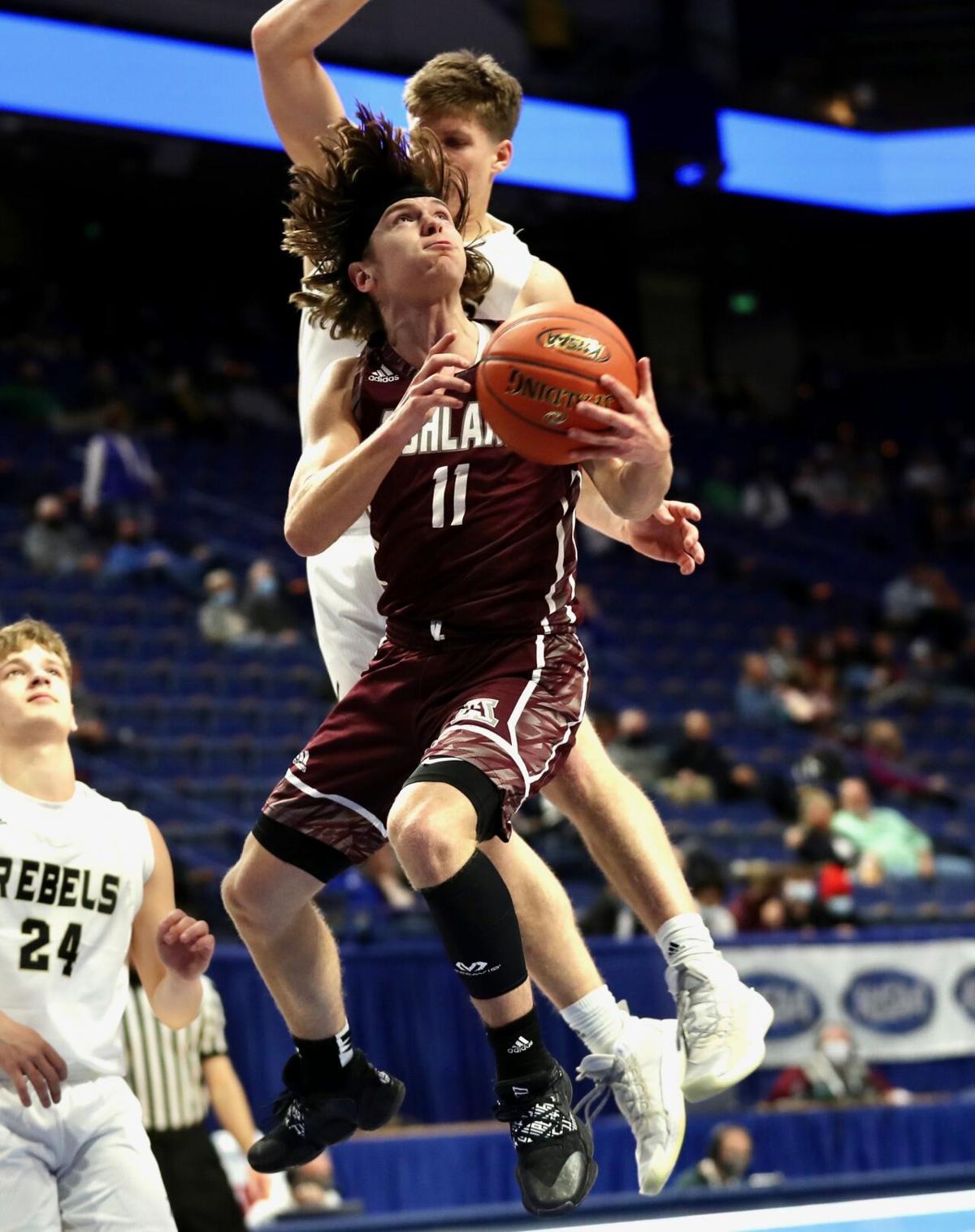 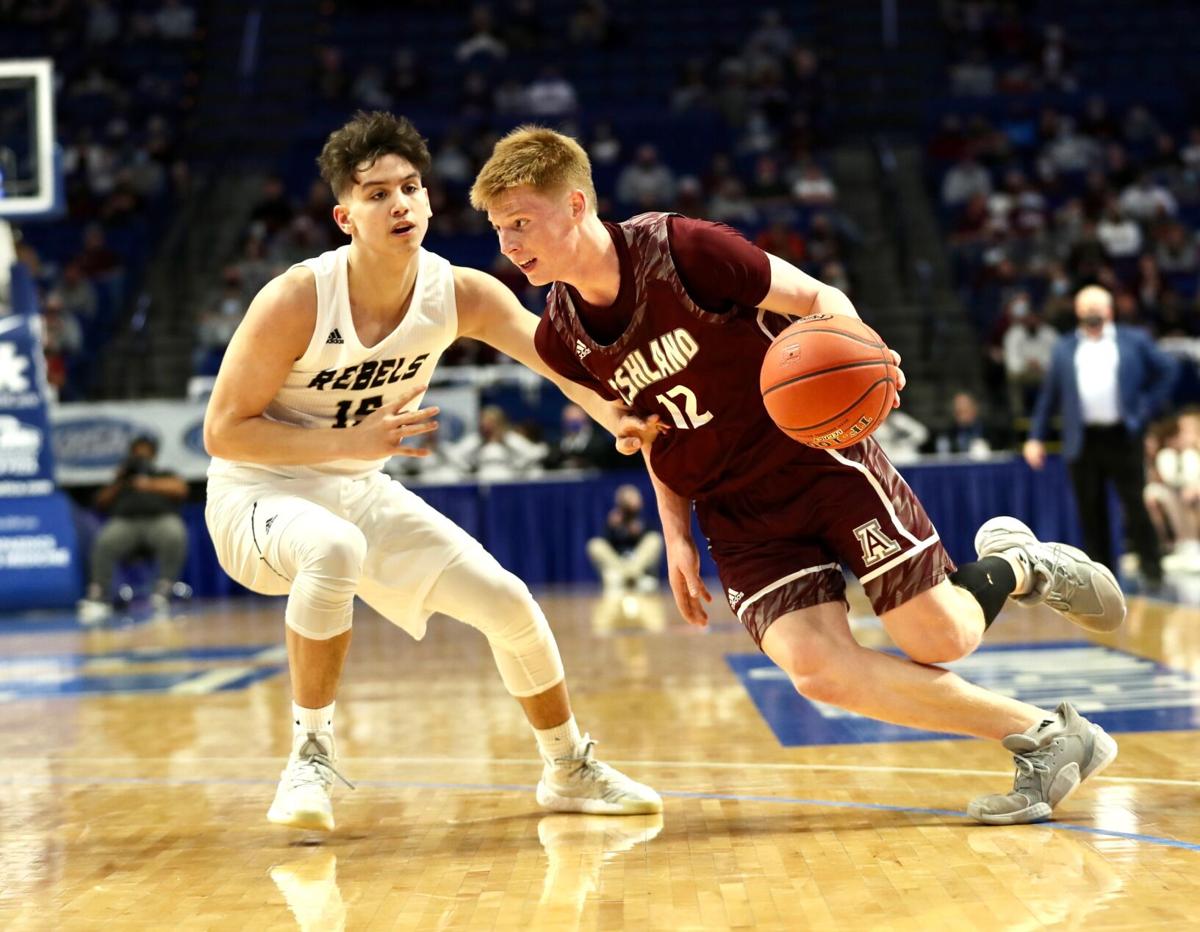 Ethan Sellars hit all four of his shots from long range and finished with 20 points. | Photo by Les Nicholson

Ethan Sellars hit all four of his shots from long range and finished with 20 points. | Photo by Les Nicholson

LEXINGTON — After managing to only score 46 points during its opening-round win on Thursday, Ashland matched the feat by the time halftime rolled around during Friday’s 2021 KHSAA Boys’ State Tournament quarterfinal matchup against Boyle County.

The Tomcats scored early and often while putting on a shooting clinic during their 80-44 blowout win over the Rebels. Four players scored in double figures for Ashland with Cole Villers leading the way with 20 points on 7-of-10 shooting. Ethan Sellars finished with 20 points as well while Zander Carter added 18 points, and Colin Porter turned in an 11-point scoring effort.

Ashland extended its win streak to 13 games thanks to a red-hot 28-of-46 shooting effort that saw the Tomcats hit 10-of-17 shot attempts from behind the arc. They also outmuscled Boyle County in the rebounding department, grabbing 27 boards to the Rebels’ 19.

Boyle County’s Luke Imfeld (12 points) was the lone Rebel scorer that finished in double figures. The Rebels finished 19-of-44 from the floor, including a 0-for-7 effort from 3-point territory.

Ashland wasted little time taking control of the game. The Tomcats finished with a 9-of-15 shooting effort in the first quarter, including going 4-of-6 from 3-point range to build a 24-8 lead.

The Tomcats continued to dominate in the second quarter, using a 7-0 run at the end of the period to build a commanding, 46-16, advantage at halftime. Ashland’s Sellars led the way with 13 points while Villers (12 points), Porter (11), and Carter (10) followed. The Tomcats were 16-of-27 from the floor in the first half, including going 7-of-10 from 3-point territory.

Imfeld’s eight-point scoring effort led the way for Boyle County. The Rebels turned in a cold 6-of-21 shooting effort in the first half while being outrebounded, 17-9.

Ashland continued to pull away in the second half, putting a running clock into play midway through the third quarter before easily cruising to Saturday’s semifinals.