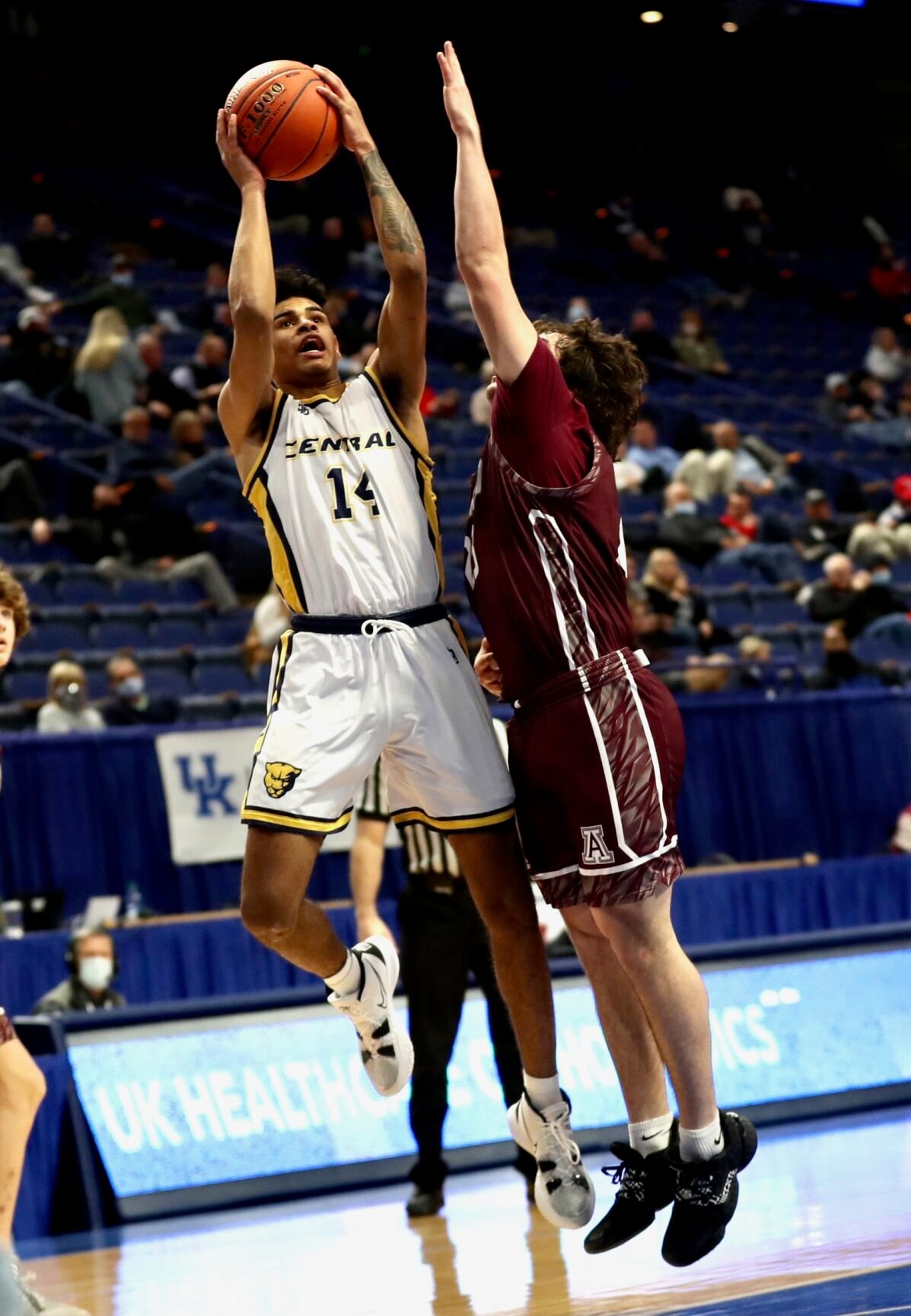 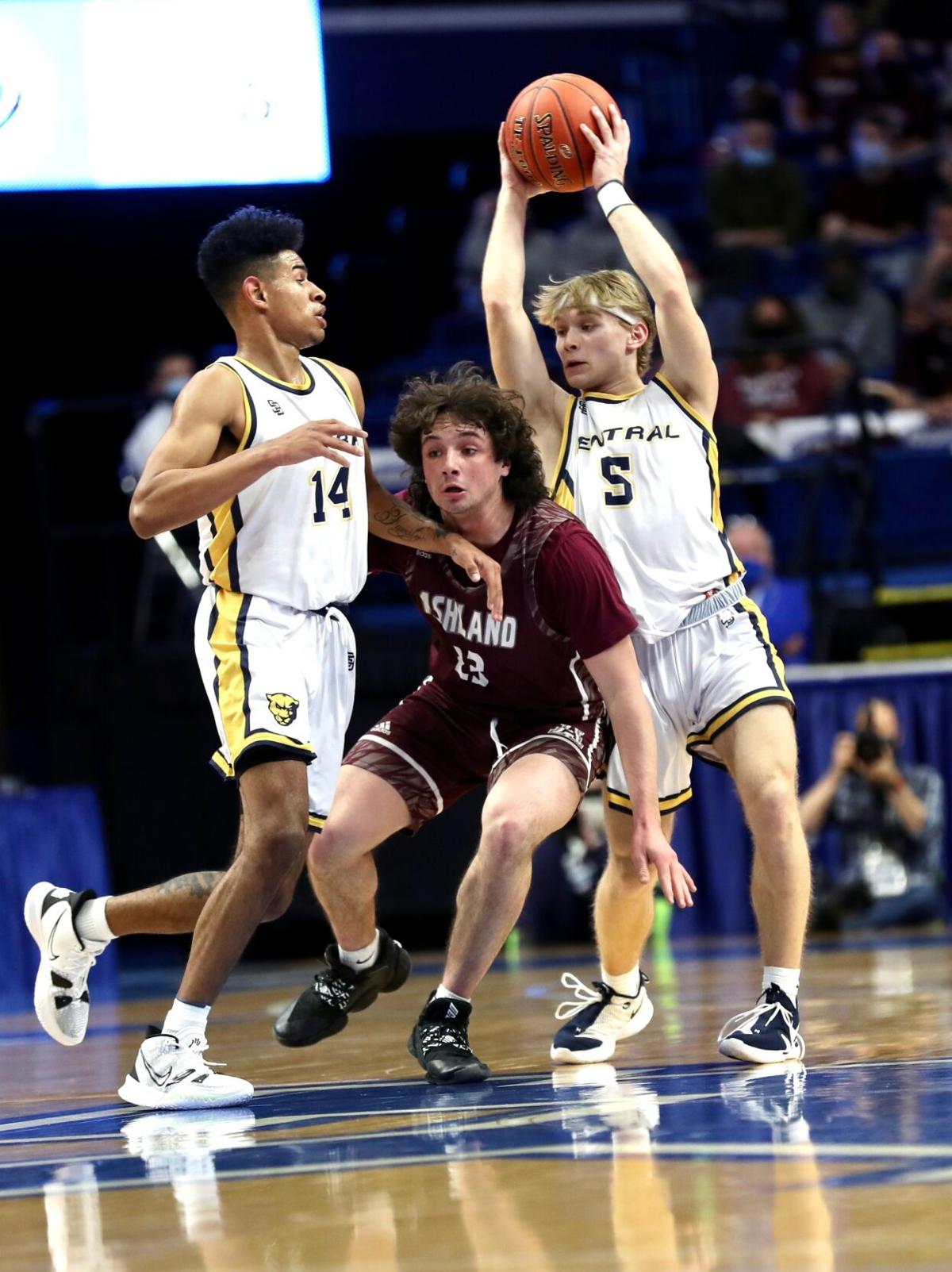 Knox Central was held to only 10 points in the first half of Thursday’s matchup with Ashland. | Photo by Les Nicholson

Knox Central was held to only 10 points in the first half of Thursday’s matchup with Ashland. | Photo by Les Nicholson

LEXINGTON — Ashland extended its win streak to 12 games after having an easier time than expected against 13th Region champion Knox Central.

The Tomcats held Tony Patterson’s Panthers without a field goal until the 7:03 mark of the second quarter, and by that time, Ashland was well on its way to a victory, beating Knox Central, 56-38.

Colin Porter led Ashland with 17 points while Cole Villers finished with 14 points. The Tomcats finished the game 20-of-45 from the floor while forcing the Panthers into 14 turnovers.

Knox Central senior Jevonte Turner led all scorers with 20 points while the Panthers finished with a 14-of-38 shooting effort.

Knox Central came out with first-quarter jitters, misfiring on all nine of its shot attempts while turning the ball over six times. The Panthers’ lone points came from Chadwell’s two made free throws with 1:17 left in the period.

Villers and Sellars each scored four points apiece to give Ashland a 10-2 lead going into the second quarter.

Ashland continued to dominate in the second quarter, outscoring Knox Central, 20-8, to take a 30-10 advantage into the locker room at halftime. The Panthers didn’t hit their first field goal of the game until the 7:03 mark of the second quarter. They turned the ball over 12 times that led to 15 Tomcat points.

Knox Central shot 3-of-15 from the floor while Ashland connected on 13-of-27 shot attempts despite seeing Sellars miss most of the first half due to picking up three fouls.

The Panthers opened the third quarter with a 7-0 run, cutting their deficit to 30-17 with 5:11 remaining in the period. But the Tomcats responded with a 10-2 run to close out the quarter, and led 40-19 after a 3-pointer by Villers.

Knox Central got as close as 14 points (50-36) before the Tomcats sealed the win.