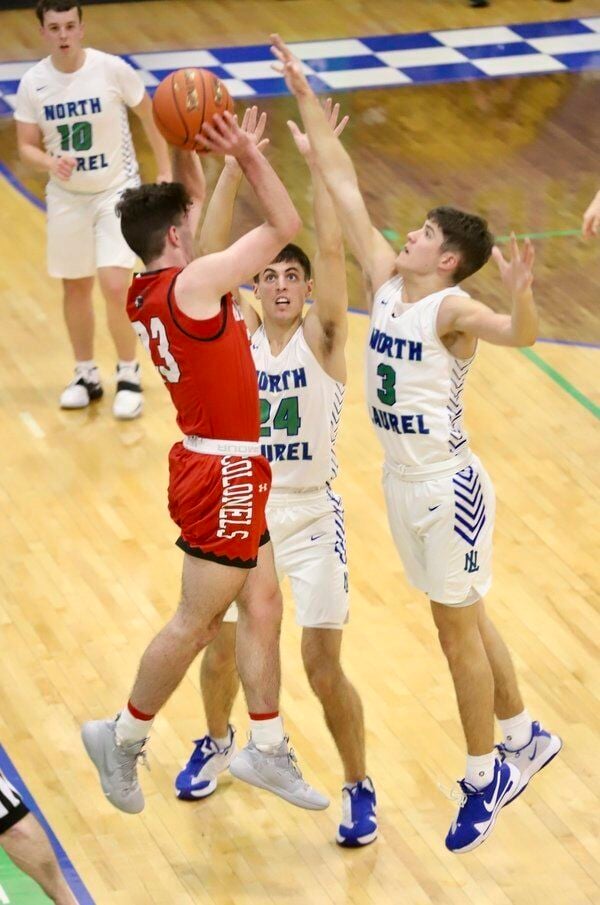 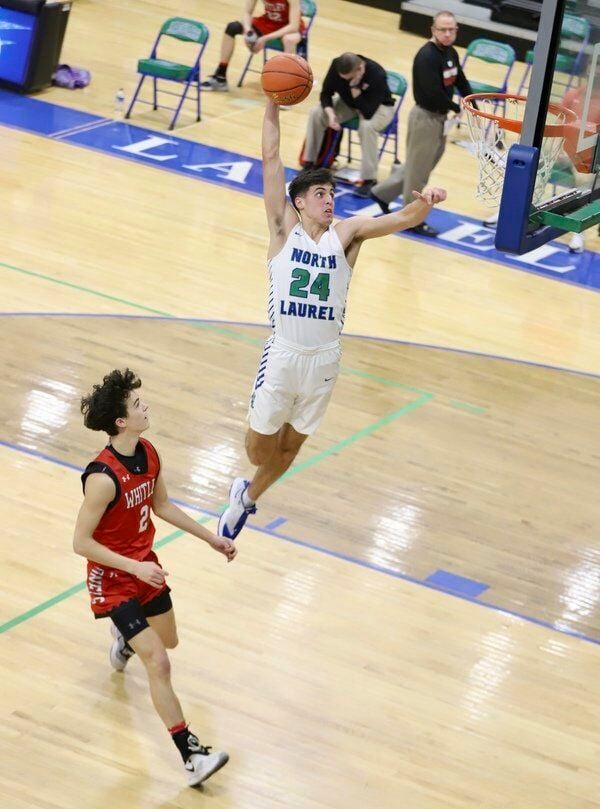 North Laurel sophomore Ryan Davidson finished off a windmill dunk during first half action of Friday's win over Whitley County. Davidson led the Jaguars with 22 points. | Photo by Les Dixon 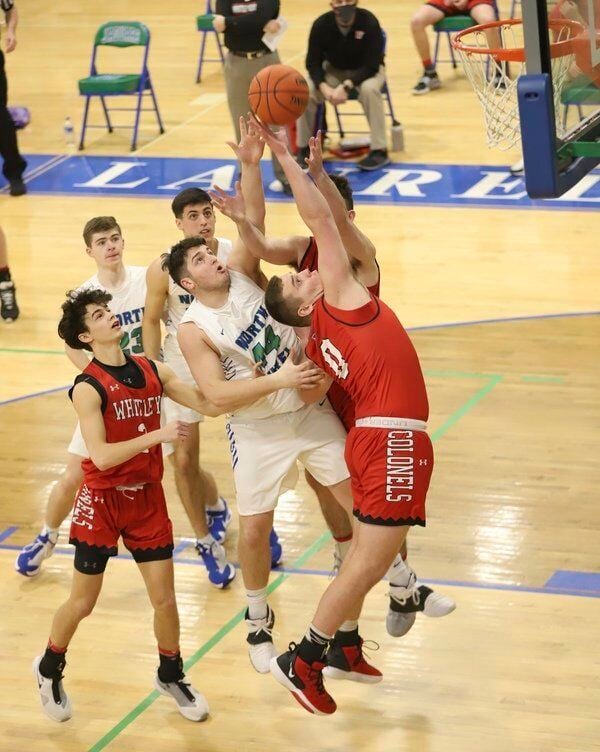 North Laurel sophomore Ryan Davidson finished off a windmill dunk during first half action of Friday's win over Whitley County. Davidson led the Jaguars with 22 points. | Photo by Les Dixon

This time around, the play of the red-hot Jaguars along with super sophomore Reed Sheppard caught the attention of the national media as Sports Illustrated’s Pat Forde made a trip to The Jungle on Friday to watch North Laurel battle with Whitley County.

Sheppard and his teammates put on a show for Forde and Jaguar fans as a 17-3 run in the first quarter led to an easy 87-46 rout of the Colonels, allowing North Laurel to improve to a program-best 15-0.

“Having Pat Forde from Sports Illustrated was a great experience for our players and our program,” North Laurel coach Nate Valentine said. “I’m happy our guys are getting to experience these things through the game of basketball. I didn’t tell our players Sports Illustrated was coming until after the first quarter tonight. I wasn’t sure how they would react. I wish I had a picture of their faces when I told them.”

North Laurel cruised to an easy 32-7 advantage after the first quarter of play before taking a 48-20 advantage into the locker room at halftime.

The Jaguars were able to set off a running clock after garnering a 37-point advantage late in the third quarter. Valentine’s squad outscored Whitley County, 39-26, in the second half to cruise to the easy win.

North Laurel was led in scoring by sophomore Ryan Davidson, who led the team with 22 points on 10-of-13 shooting. Sheppard and Clay Sizemore each followed with 19 points apiece as Sheppard finished with 11 assists and Sizemore hit five 3-pointers. Brody Brock added 16 points in the win.

“We were able to get off to a really good start tonight,” Valentine said. “Our defense propelled us to the win tonight. This was a great team win. We received great contributions from several guys. It was great to get back on the court after having a few days off.”

The Jaguars finished the game hitting 36-of-71 shot attempts, including going 9-of-29 from 3-point range.

Whitley County short 16-of-37 from the floor and was led by Ethan Keene’s 12-point effort.