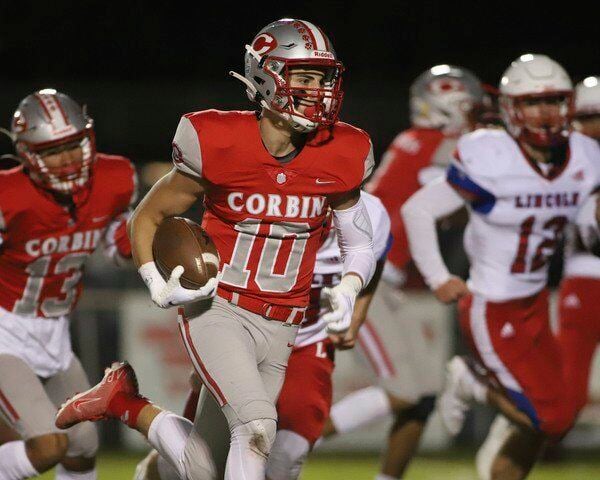 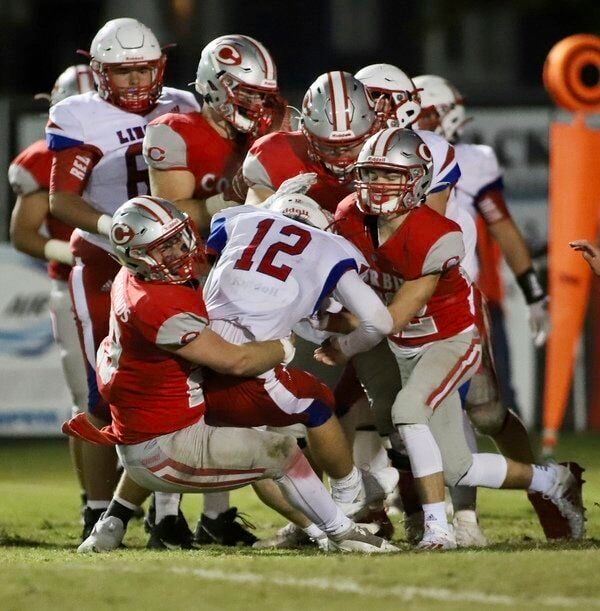 Corbin limited Lincoln County to only 12 passing yards during the two teams' first meeting of the season. The Redhounds beat the Patriots, 14-8.

Corbin limited Lincoln County to only 12 passing yards during the two teams' first meeting of the season. The Redhounds beat the Patriots, 14-8.

CORBIN — Corbin Coach Tom Greer and his Corbin Redhounds will continue to focus on Class 4A first-round opponent Lincoln County despite seeing the first round of the playoffs get pushed back a week after the Kentucky High School Athletic Association announced the decision on Saturday.

“With the playoffs being postponed for a week, it’s concerning for the overall state of athletics in Kentucky because I don’t see our numbers going down,” Greer said. “The numbers will more than likely continue to climb and instead of having 80 counties in the red, we could have 100-plus in the red. But those numbers across the state are not in my control.

“Our focus has to be on the Corbin football team and family,” he added. “I do my best to spin everything to the positive if I can. At one point, I would have speculated that we would not even be having a season when our state was basically locked down. I am thankful that we have been able to play and be healthy so far. Our team has become a real family and has been successful on so many levels. We will continue to work hard and attempt to live in each moment as they are given.”

Corbin and Lincoln County met on Oct. 16 with the Redhounds coming away with a hard-fought, 14-8, decision at Campbell Field.