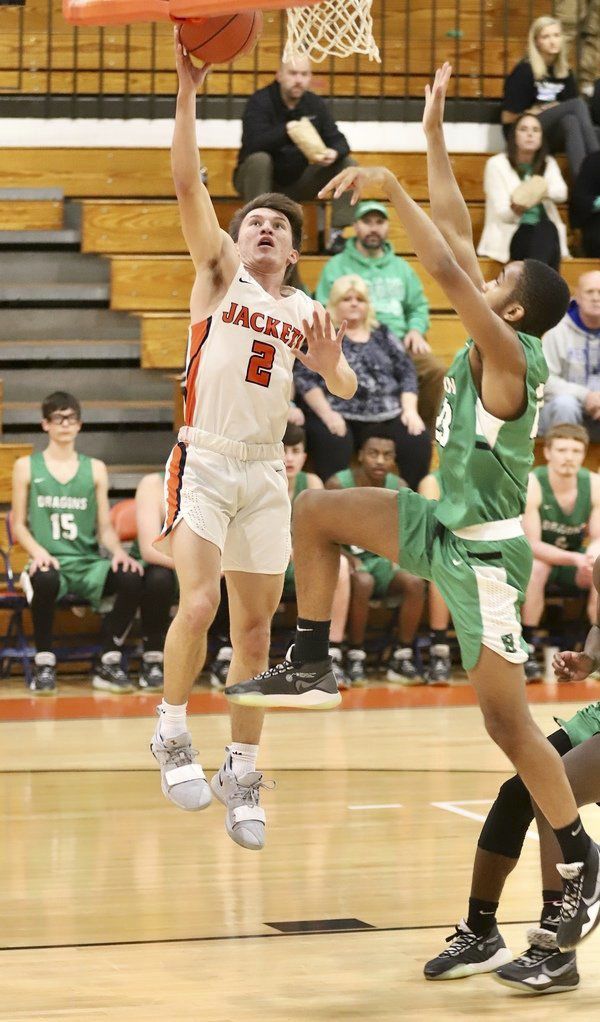 Williamsburg's Gavon Thomas scored two of his 10 points on a layup during the second quarter of Monday's matchup with Harlan. | Photo by Les Dixon 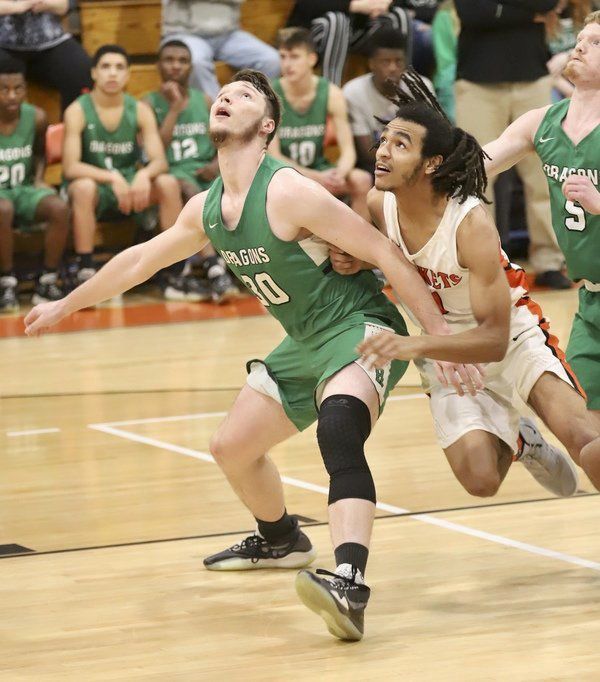 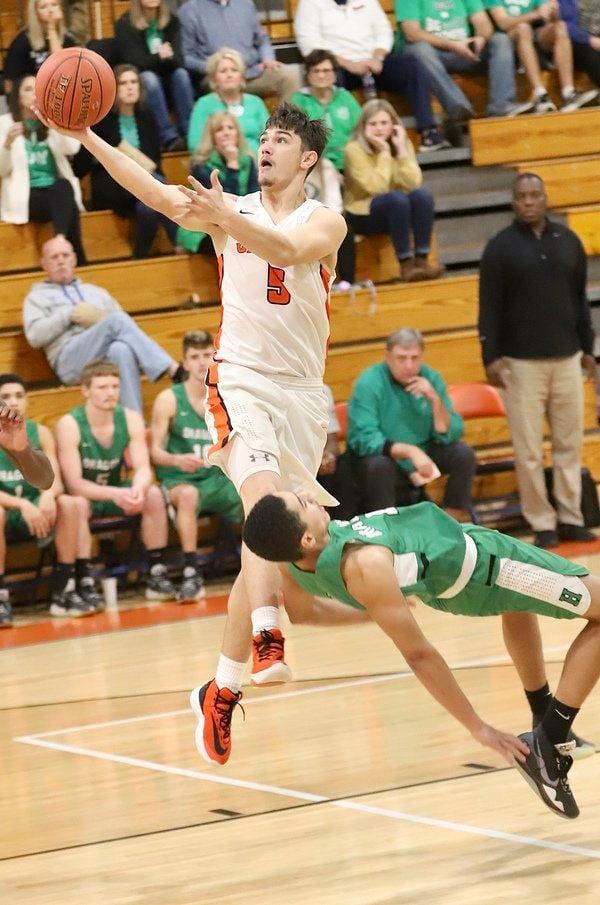 Williamsburg's Gavon Thomas scored two of his 10 points on a layup during the second quarter of Monday's matchup with Harlan. | Photo by Les Dixon

WILLIAMSBURG — It’s become a reoccurring theme in the 13th Region All ‘A’ Classic Boys Tournament.

Harlan and Williamsburg will play each other and no matter how big of a lead one team gets, expect the game to come down to the wire.

Monday’s semifinal matchup was no different with the Green Dragons building a 58-47 lead late in the third quarter before seeing the Yellow Jackets tie the game at 68 apiece with 40 seconds remaining after a basket by Slaht Hunter.

Harlan (6-7) didn’t wilt under pressure, though.

Jayden Ward and John Eldridge hit two free throws apiece during the final 21 seconds to wrap up a 72-68 win for the Green Dragons while advancing Harlan to its second straight championship game appearance.

”This was a big win for us,” Harlan coach Derrick Akal said. “They are one of the top teams in the region and the favorite, playing on their home court. We came up here earlier in the season and got beat pretty bad, but tonight we played better and were able to get the win.”

Williamsburg (7-10) rolled to an easy 88-52 win over the Green Dragons back on Dec. 7, but Harlan was without the services of sophomore star Jordan Akal, who was out with an injury.

Akal was hard to handle throughout Tuesday’s contest, he scored 13 of his game-high 23 points in the first half to give Harlan a 41-32 lead at halftime.

“He is about as good as anyone in our region,” Williamsburg coach Nick Napier said. “He made plays and the (John) Eldridge kid hit some big 3s tonight and coach Akal does a fantastic job. Two years ago we were able to get a win against them, but the past two years they’ve been able to come away with a win.”

The Green Dragons led by as many as 11 points (58-47) late in the third quarter before seeing Williamsburg make a run.

Two free throws by Caleb Rose and consecutive baskets by Hunter tied the game at 68 apiece before seeing Harlan wrap-up the win with a key offensive rebound and four free throws.

Akal admitted to being concerned when Hunter’s basket tied the game with 40 seconds remaining, but he believed his team could pull out the win.

“I was worried, but I told our guys that’s a good basketball team and you’re not going to beat them by 20,” he said. “We get up by 12 or 14 and I told them to expect them to make a run, so we needed to stay in there and fight and I thought we did that tonight.”

Napier felt a slow start on both ends of the court played a role in his team’s loss.

“It was a tough loss tonight,” he said. “I thought we played hard, but defensively in the first half, we didn’t execute the game plan as we should have. That dug us a hole. We were also stagnant on offense and those two things along with not rebounding the ball hurt us.”

“They probably hit six 3s from 25 feet or longer,” Napier added. “When teams hit shots like that, they’re going to be hard to beat. We never quit and kept fighting. I kept telling our guys they’re going to quit hitting those shots and they finally did and we made a run. We just came up short.”