Record numbers of coronavirus cases prompts 'new requirements that are going to be mandatory,' Beshear says 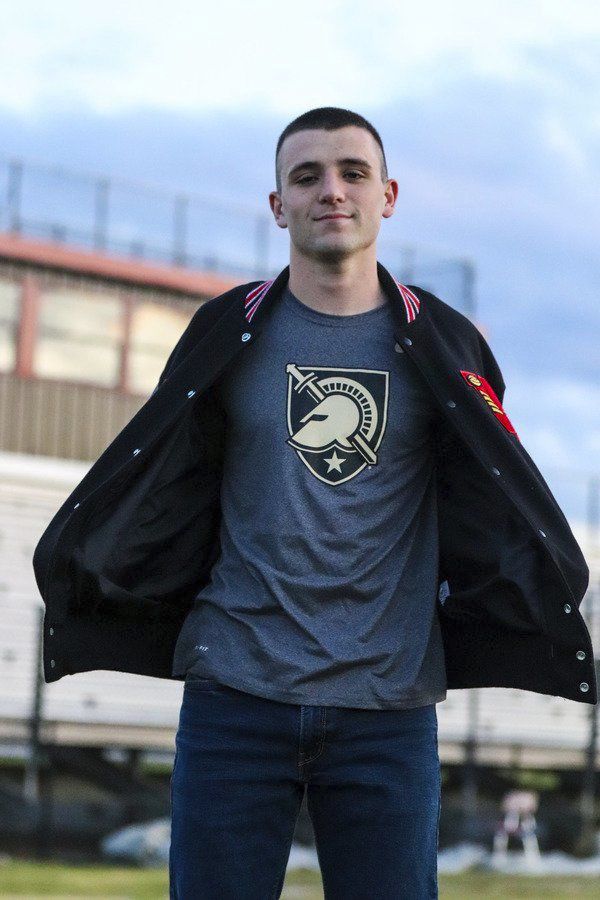 Caleb Irwin has received his congressional nomination and appointment to the United States Military Academy at West Point in New York where he will also have the opportunity to continue his football career. | Photo Contributed 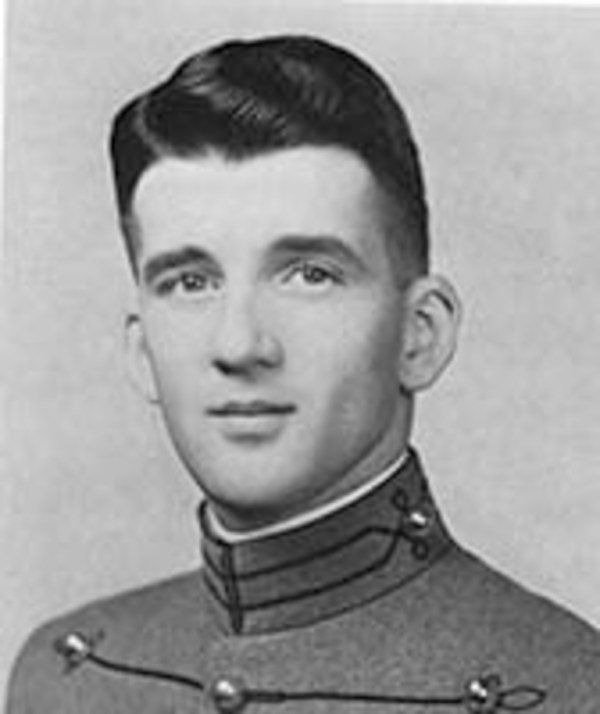 Caleb Irwin will be following in his grandfather's footsteps. His grandfather, Colonel Gerald L. Irwin, graduated from West Point in 1956. | Photo Contributed 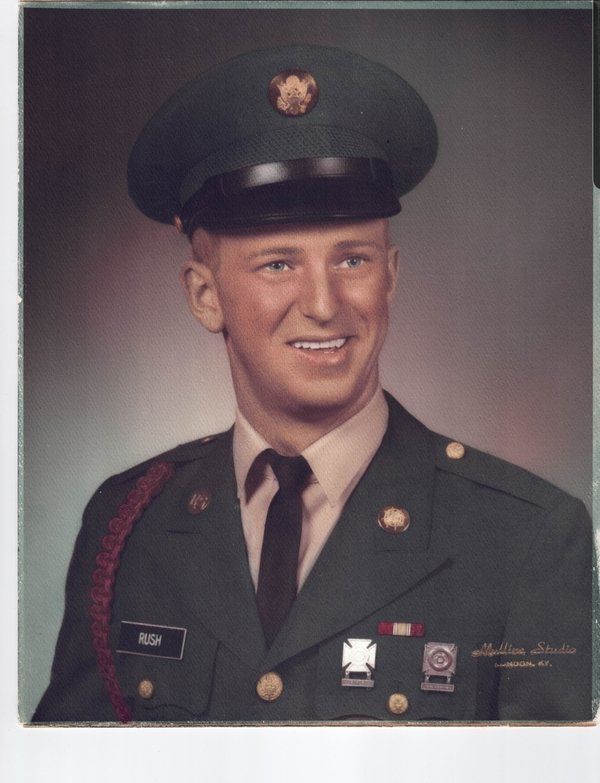 Caleb Irwin will be following in his grandfather's footsteps by serving in the military, as his grandfather Larry Rush was also an Army veteran. | Photo Contributed 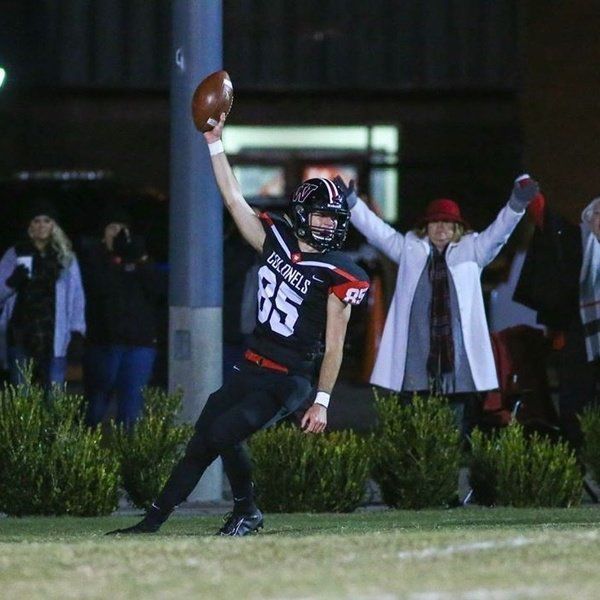 Caleb Irwin has received his congressional nomination and appointment to the United States Military Academy at West Point in New York where he will also have the opportunity to continue his football career. | Photo Contributed

Caleb Irwin will be following in his grandfather's footsteps. His grandfather, Colonel Gerald L. Irwin, graduated from West Point in 1956. | Photo Contributed

Caleb Irwin will be following in his grandfather's footsteps by serving in the military, as his grandfather Larry Rush was also an Army veteran. | Photo Contributed

WHITLEY COUNTY — When Caleb Irwin made the move from Georgia's Lassiter High School to Whitley County High School in his senior year, he knew he was facing a big challenge but now, Irwin is about to face the challenge of a lifetime.

Irwin will be following in the footsteps of his grandfathers by serving his country, as he has received his congressional nomination and appointment to the United States Military Academy at West Point in New York. Irwin, the son of Whitley County head football coach Jep Irwin, will also have the opportunity to continue his football career at West Point, a love that started at a young age while watching his father coach the sport.

“The love of football came pretty naturally to me,” Irwin said. “Since I could walk and hold a football, I've been tagging along with my dad, watching and learning from him at practices, workouts, summer passing camps, and Friday night games. He has always been my inspiration for sticking with the game and my motivation for me to play my hardest. Even if my dad wasn't a coach, I believe I would still have fallen in love with football sooner or later. There is no greater team sport. Fighting, sweating, bleeding, persevering, and winning with the people you love is what life is all about, in my opinion.”

Irwin’s grandfather, Colonel Gerald L. Irwin, graduated from West Point in 1956 while his other grandfather, Larry Rush, is also an Army veteran and another major inspiration for Irwin.

“They each had very different experiences during their service and each had unique pieces of wisdom and advice to pass down to me,” Irwin said. “Without them I'm not sure I would be looking at joining the military at all.”

Irwin visited the Naval Academy in 2017 where he said he received what he called the tour of a lifetime from his relative, Admiral Dietrich Kuhlmann III, that really helped to seal the deal for Irwin.

“Once I got to see the Midshipmen and the academy in person, I could really visualize myself there in the next few years,” he said. “I realized that any of the academies had a lot to offer and would be a tremendous opportunity for me. As I got further down the road and closer to earning my appointment, I decided that West Point was the best fit for my personal interests and abilities.”

Irwin accepted the offer in February to make the move to West Point.

“Choosing to go to any of the service academies is a huge investment in one's self,” Irwin said. “You give up a lot of personal freedom and commit to four years of tough academics and unwavering discipline, not to mention the service obligation upon graduation. However, you are also given a world-class education and the ability to serve your country in the highest capacity, two things that to me are absolutely priceless. You are also given the chance to become the best possible version of yourself and achieve things you never thought you could.”

Irwin joined the Colonels’ football team last season in his senior year as his father made the move to take over as head coach of the program. Before that, Irwin played at Lassiter High School in Georgia where he played his first varsity games in his junior season.

“The idea of moving to a new school for my senior year was scary and upsetting at first, but it turned out to be one of the best years of my life,” Irwin said. “Whitley County has some of the toughest, hardest working kids in America, and I am blessed to have had such amazing teammates. Not once did they make me feel nervous or unwelcome as a new player or the head coach's son. Their friendliness and dedication to the team made it easy for me to adjust to my new home. I can honestly say that I had as much fun playing football for the Colonels this year than I've ever had playing sports. The community of friends, family, and fans here is one-in-a-million, and that support system is a huge part of any team's success.”

Irwin also joined JROTC at Whitley County this past year where he said he learned even more than he ever imagined.

“I decided it would be worth investing some of my time to learn the values and traditions of the Army and to make my transition a little smoother,” he said. “I joined the Colonel Battalion expecting to learn some of the basics about the uniform, marching, etc. I learned these things, for sure, but the Battalion taught me so much more than I ever imagined it would. I learned about discipline and personal pride in new and different ways. Competing in the Raider Competitions was a completely new experience for me, and it taught me a great deal about teamwork, problem solving, and working under pressure. These things I learned from football, too, but in JROTC I had a totally new team of people to befriend and work with, and a whole new culture to become familiar with.”

“It's a fantastic opportunity for guys like me,” Irwin said. “I have always dreamed of playing college football, but I have no delusions about my ability as an athlete. Sprint will give me a chance to continue my career and continue to compete at a high level, and I am very excited to say the least. The coaching staff at Army specifically was another big motivator for me to try out for the team. Head coach Mark West and OC Donny Walker are former colleagues and friends of my dad through the Tony Franklin system. They run a similar offense and share many of the same principles and coaching philosophies. I look forward to working with them and hope I can grow to become a contributor on the team. For these reasons, I decided that playing Sprint is an opportunity too great to pass up.”

Irwin’s ultimate goal while at West Point is to push himself to be the very best he can be.

“The chance to attend the Academy is a privilege and a blessing and I would never forgive myself if I didn't make the most of it,” he said.