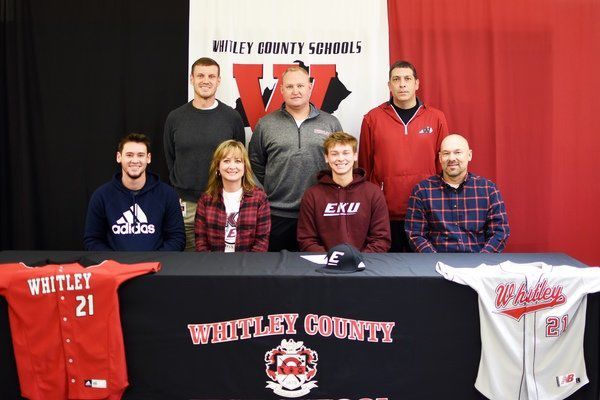 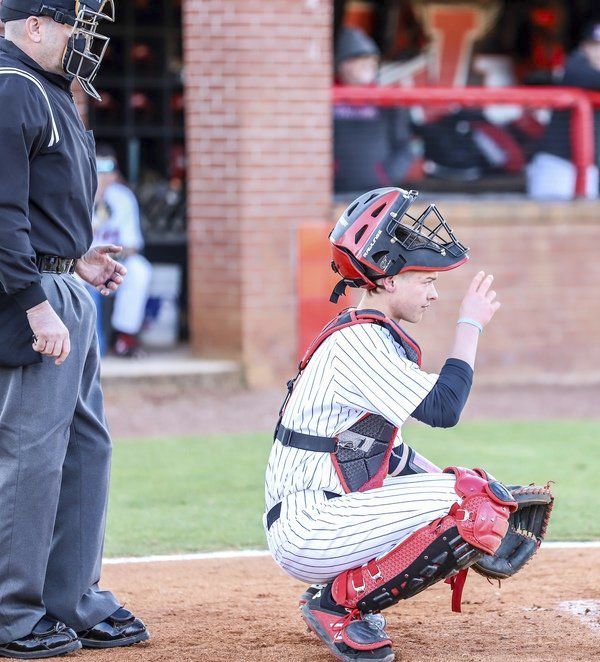 Whitley County's Clay Shelton batted .294 with 32 hits and 25 RBI at the plate last season while turning in a solid junior campaign behind the plate. | File Photo

Whitley County's Clay Shelton batted .294 with 32 hits and 25 RBI at the plate last season while turning in a solid junior campaign behind the plate. | File Photo

When Clay Shelton was in seventh-grade, he wrote down that he would play college baseball at the Division I level and promised himself he would do whatever it took for him to reach the goal.

His dream became a reality Monday when the Whitley County baseball star catcher signed a letter of intent to play baseball for Eastern Kentucky University.

"This is definitely a dream come true," Shelton said. "It is very humbling to know that all the hard work paid off, but I also know that this is just the start.

"It was just a perfect fit," he added. "I really like Coach (Edwin) Thompson and the entire staff and it's not too far from home. It also gives me the opportunity to compete against some of the best in the world while receiving a quality education, and those are two things I looked for."

"He brings passion and a hard-work approach," he said. "He is confident in his ability. Clay believes that he and his teammates can beat anyone. His work ethic is infectious. Clay is a catcher that will have a great rapport with pitchers. They will be able to trust him behind the plate. He can receive and defend with the best of them."

Shelton has played a big role in Whitley County's recent success on the diamond.

Shelton batted .294 with 32 hits and 25 RBI at the plate while turning in a solid junior campaign at the catcher's position.

"God has really blessed me with a great coaching staff and teammates over my four years and I'm really thankful for that," Shelton said. "Coach Shope has had a huge impact on our baseball program and my life. Whitley County baseball will always be special to me not only because of what we have and will accomplish but also because of the bonds and lifelong memories I've made with my teammates. I am extremely excited to continue my baseball career at Eastern, but it really isn't about me. I just want to set a good example and make those who helped get me here proud.

Shope said having the opportunity to coach a player like Shelton is a coaches' dream.

"He brings his work ethic and drive every single day both on and off the field," he said. "He is no question the leader of our team. Clay leads by his actions and has become a very good vocal leader as well. Clay is a role model for all our guys. He has a 4.118 Cumulative GPA and is going to graduate with 15 college hours. Clay also leads our school with his passion for the Whitley County Colonels. He's excited to be a Colonel once again. As Clay says, 'Eternal Colonel.'

"I'm so proud of Clay for working so hard to accomplish his goal," Shope added. "It's been fun to watch him improve so much in the two years that I've gotten to coach him. Clay's dream was to play DI baseball. I've been very fortunate in my coaching career to see many young men achieve that dream. I want my guys to be at a place where they are happy and are at a place to be successful for life after baseball. Clay is a prime example of success is earned by hard work. Clay approaches each day with a positive attitude and purpose."

And now with the choice of signing with EKU, Shelton gets to remain a Colonel.

"I've always taken great pride in being a Whitey County Colonel and it means a lot to me that I get to be an Eastern Kentucky Colonel," he said. "I have a lot of former classmates and teammates at Eastern right now so it feels like home.

"Coach Shope has talked about our legacies as we are wrapping up high school, and I think mine is one of hard work and toughness," Shelton added. "This won't change as I enter college. My goal is to be the best player and teammate I can possibly be. Academically, I plan on pursuing a career in the medical field, hopefully, to become an Orthopedic Surgeon."