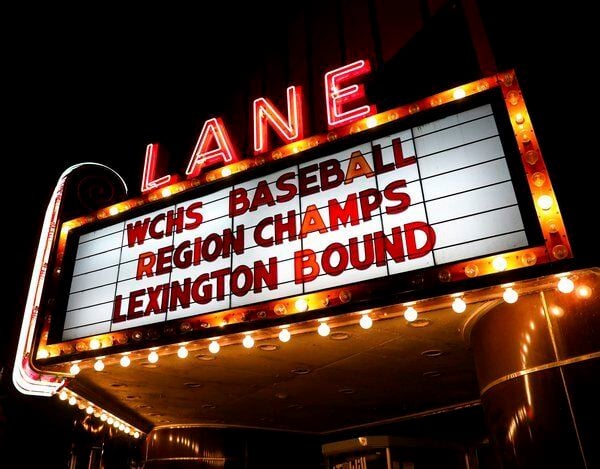 That's all that stands in the way of the Whitley County baseball program capturing its first-ever state baseball championship.

The Colonels (31-9) get a shot at advancing to the State Final Four Thursday at 5 p.m. when they face off against 2nd Region Champion Lyon County (29-7).

"It's definitely been an exciting time for our players, school, and community," Whitley County Coach Jeremy Shope said. "We wanted to do what some people thought was impossible and make it possible. I wanted so much for our program to experience this. We've got some long time Colonels on our coaching staff. I wanted it for them. Wanted it for every alumni player. Wanted it for our other sports programs. The support from them has been amazing. The community has been so good to us. God has blessed us. He is so good."

The Colonels are powered by 13th Region Player of the Year Caden Petrey along with one of the top offenses (averaging 8.8 runs per game) and pitching staffs (allowing 3.7 runs per game) in the state.

"Our team is playing well right now," Shope said. "If we can continue pitching it and playing defense, we'll have a chance to compete. Offensively, we have improved so much. I'm amazed everyday how much everyone on this team has improved."

Lyon County possesses one of the best offenses as well (averaging eight runs per game), and a pitching staff that is allowing 3.1 runs per game.

The two teams faced off earlier this season on April 5 with Whitley County coming away with a 4-1 victory in eight innings. The game was scoreless until the Colonels were able to score four runs in the top of the eighth inning.

Whitley County finished with seven hits as Sam Harp led the way with three hits, a double and an RBI. Luke Stanfill led the team with two RBI while connecting with a two-run double.

Petrey, who pitched all eight innings, turned in one of his best efforts of the season, limiting the Lyons to only three hits, and one earned run while striking out 11 batters.

The Lyons possess a pitching staff that has six players with at least three wins.

Austin Long has started 14 games while turning in a 6-3 effort. He has a 1.57 ERA and has struck out 90 batters in 67 innings. Corey Cissell is 4-0 with a 1.77 ERA while Travis Yancy and Shoulders each have four wins apiece.

"They're a really good baseball team," Shope said. "They've got really good arms and play defense. We've got our hands full with this team, but If we can match that, I like our chances.

"Our first meeting was an awesome game to be part of," he added. "We played them during spring break at McCracken County. Long and Petrey battled each other on the mound. We really changed after that game. Our young guys saw how hard Caden competed. It was contagious."

"We must go out and continue playing baseball the way we have," Shope said. "We must play it hard and with respect. Single elimination is difficult, so you have to play for no regrets. We're not going to worry about the right side of the scoreboard. We're going to play with no regrets and let the cards fall where they may. Go Colonels."