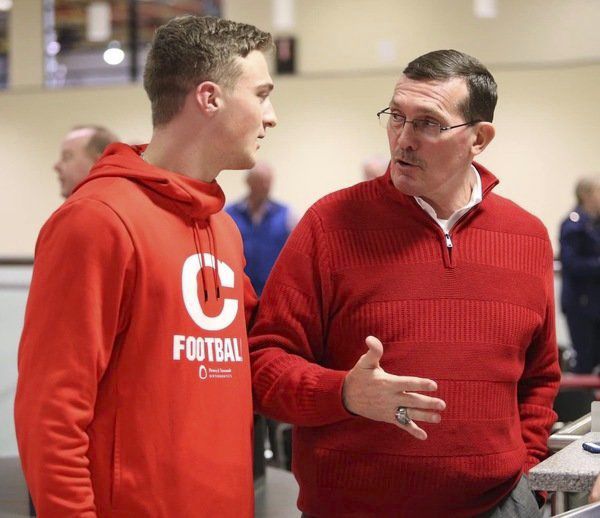 Corbin coach Tom Greer stated prior to the weight facilities being closed down he and his staff created individual non-weight workout programs for each player. | File Photo 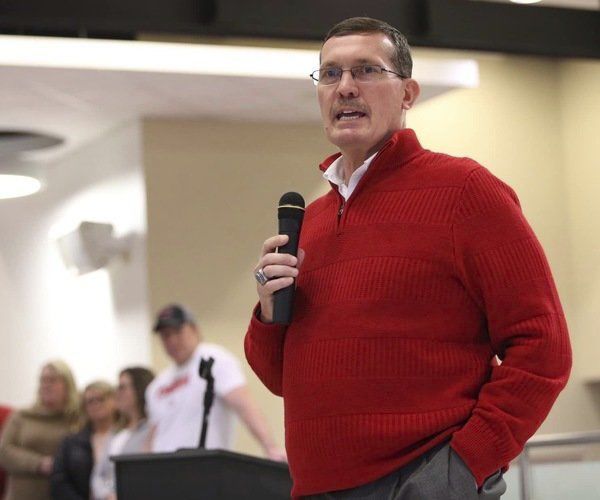 Corbin coach Tom Greer feels everyone will have to be flexible as we move forward -- plans may change based on the direction of the virus. He is also concerned the phases for re-opening will push the season past the first few games. | File Photo

Corbin coach Tom Greer stated prior to the weight facilities being closed down he and his staff created individual non-weight workout programs for each player. | File Photo

Corbin coach Tom Greer feels everyone will have to be flexible as we move forward -- plans may change based on the direction of the virus. He is also concerned the phases for re-opening will push the season past the first few games. | File Photo

Today’s story is a part of a series of stories the staff of the Sentinel-Echo and Times-Tribune sports departments will be running for the next few weeks from head coaches of football and soccer programs in the Tri-County.

1. What do you think will happen this football season as far as being played on time with no changes?

“I believe if there are solid treatments and/or a vaccine available, then you could see a regular-season take place. Our first priority has to be to make certain that all players and staff are safe. I’m comfortable our leaders, including the Commissioner of the KHSAA, will implement plans to ensure this happens. I do know that everyone will have to be flexible as we move forward — plans may change based on the direction of the virus. I am concerned that the phases for reopening will push us past the first few games.”

2. What late starting date do you feel would put the season in jeopardy of being played as a normal season?

“Of course, I would like to see the season get started by August 1 to have a season as normal as possible, even though it would still be shortened. Football is a sport that will take a minimum of five weeks to get prepared to compete safely. There is a three-week process to get adapted to all the gear and to become physically acclimated to the weather. If we rush into the season and players are not in great shape, then all teams risk increased and excessive injuries.”

3. Do you think there will be any changes in the game or maybe limitations to the fan base at games?

“Currently, I do not foresee that happening but again that will be directed by the Board of Controls and Commissioner Tackett. In preparation for a typical year, we would engage in about three weeks of 7-on-7 passing league play which is great conditioning for athletes. I do not believe we will see that opportunity this season. The preparation I do imagine, is in July, having a nine-player to one coach conditioning and instruction scenario taking place. This would allow for some basic preparation for the season but still limits preparation for competitive play.”

4. With a later start, and time missed, how will your pre-season practices vary from a normal season?

“This year, more than ever, we will take advantage of every hour, and every day we have and ensure that we are not wasting a minute. In planning for this, my coaching staff and I have been working consistently to create detailed schedules for every possible scenario. We have deployed virtual meetings weekly around leadership, team play, keeping watch on the mental health of players during this trying time, and teaching offensive and defensive plays to individual and small groups of students. Our coaches have participated in virtual meetings to work through details of every play and scheme to ensure a tight approach that can be implemented in a short span of time. Depending on how late we begin, our playbook may have to be shortened to master what we do execute.”

5. Since you have not been able to work with your players since the start of the KHSAA-mandated pandemic dead period, how will you go about getting each athlete physically fit for the upcoming football season?

“Some of this responsibility falls on players to ensure that when they are released to us to start practice, they come to us in the best shape possible. Prior to the weight facilities being closed down, my staff and I created individual non-weight workout programs for each player. I feel confident that most players followed these with fidelity. Once we are released to do so, we can take it from there with high-intensity practices where players are competing every day.”