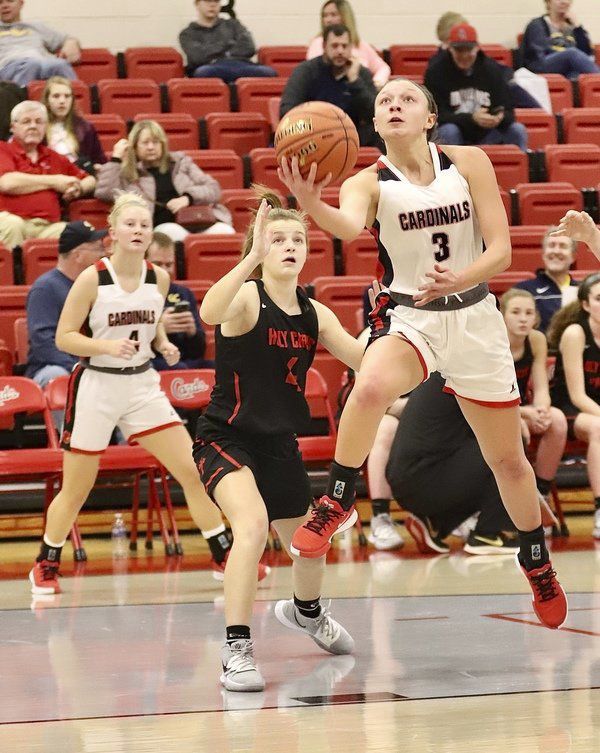 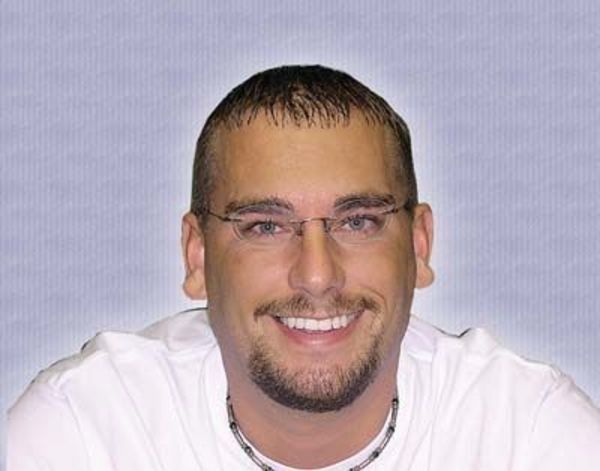 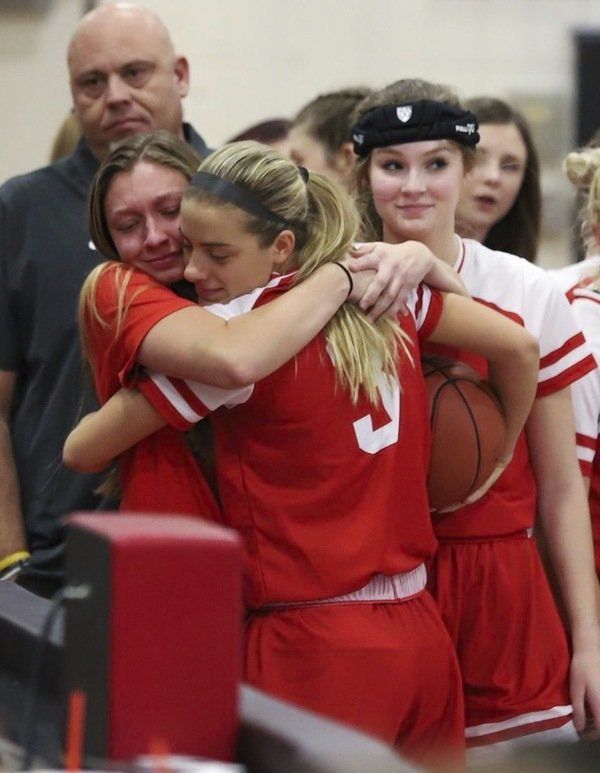 Ally Collett was the first to congratulate teammate Amerah Steele after Steele scored her 2,000th career point this past Friday. Steele wore Collett's No. 3 jersey to honor her teammate, who found out last Thursday she would miss the remainder of the season after suffering a partially torn PCL. | Photo by Darrin Spencer

Ally Collett was the first to congratulate teammate Amerah Steele after Steele scored her 2,000th career point this past Friday. Steele wore Collett's No. 3 jersey to honor her teammate, who found out last Thursday she would miss the remainder of the season after suffering a partially torn PCL. | Photo by Darrin Spencer

The South Laurel Lady Cardinals took a hit this past Thursday when it was announced senior guard and Miss Basketball Candidate Ally Collett would miss the remainder of her high school career after suffering a partially torn PCL.

Collett, who has played varsity basketball for the Lady Cardinal program since seventh-grade, will finish her career with a program-best 2,474 points and more than 700 assists.

Her 2,474 career points are the most ever scored in Laurel County history, and she will go down as one of the best players to wear a Lady Cardinal uniform and one of the best, if not the best, girls basketball players I’ve covered.

Ally caught my eye when she was a seventh-grader making her name on the hardwood at the varsity level.

She was little, but boy, could she play.

Her hard work, unselfishness as a teammate and skills were amazing for a player of her age. I could tell then she was going to be a special player, and she proved me right.

But there is more about Ally than just being a high school basketball player. She’s also one of the best kids that I’ve met off the court.

Even after a loss or a tough game, she has come out of the locker room with a smile on her face and still says, “Hello”. The way she carries herself on and off the court, you know that she is a winner.

When I found out the news about her injury, I was shocked and hurting for Ally because I know just how much work she has put in through the years to be the best that she can be.

I know she and her teammates had their eyes set on winning the 13th Region championship, and that still might happen.

But just like she has always done, she will make the best of the situation, learn from it and be an even better player when she returns playing for Western Kentucky University.

Life isn’t fair, and like South Laurel coach Chris Souder said, “She will come out on top and persevere. Western Kentucky University hit the jackpot with this young lady. She has held up her end of the deal with Laurel County basketball.”

And that she has.

One chapter might have ended, and what a chapter it was, but another one is set to begin.

I can’t wait to see what it has in store for Ally.