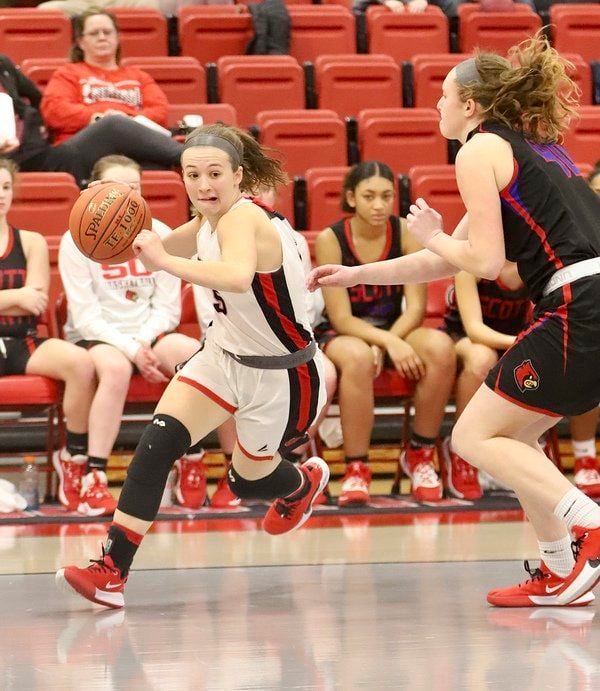 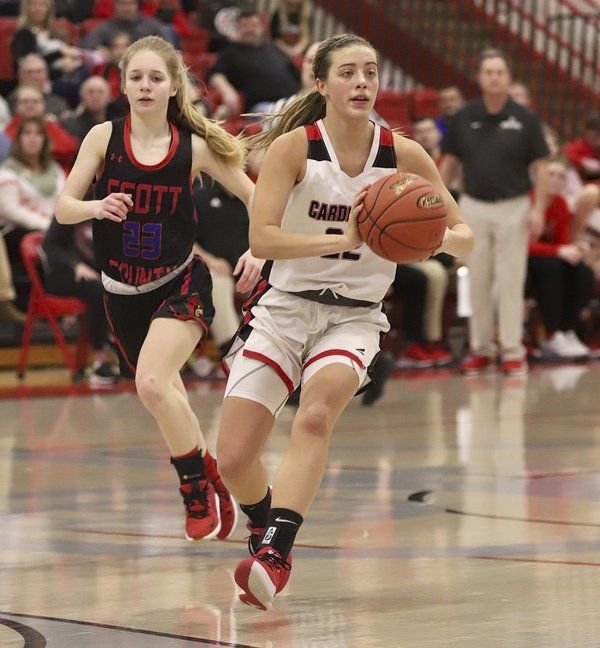 LONDON — If you’re a fan of fast-paced basketball, South Laurel High School was the place to be on Saturday.

South Laurel and visiting Scott County combined to score 178 points, but that’s not all.

Scott County connected on 36-of-76 shot attempts and 17-of-23 free throw attempts while outrebounding South Laurel, 73-34.

Souder’s squad did manage to force Scott County into 23 turnovers as South Laurel hit on 27-of-85 shot attempts, including going 11-of-44 from 3-point range. South Laurel also connected on 19-of-28 shot attempts from the free-throw line and only turned the ball over five times.

Scott County’s Malea Williams and Kenady Tompkins were a handful during their team’s 10-point win.

“We gave up 73 rebounds. I don’t know if I’ve ever seen that,” Souder said. “They were bigger than us, but we have to put a body on them and make an effort.

”I want to play teams like this down the stretch,” he added. “If we are fortunate to get to Rupp Arena, and that’s by no means a given, every game you’re going to play is going to be like this. If you want to be with the big dogs, you’ve got to learn to compete with them. I just don’t feel like we did the whole time tonight.”

Scott County led 22-16 at the end of the first quarter and 45-34 at halftime. South Laurel was able to get as close as eight points on a couple of occasions during the second half, but couldn’t get any closer despite outscoring Scott County, 50-49, during the final 24 minutes of play.

South Laurel is scheduled to be back in action today at home against Southwestern. Tipoff is scheduled for a 7:30 p.m. start.