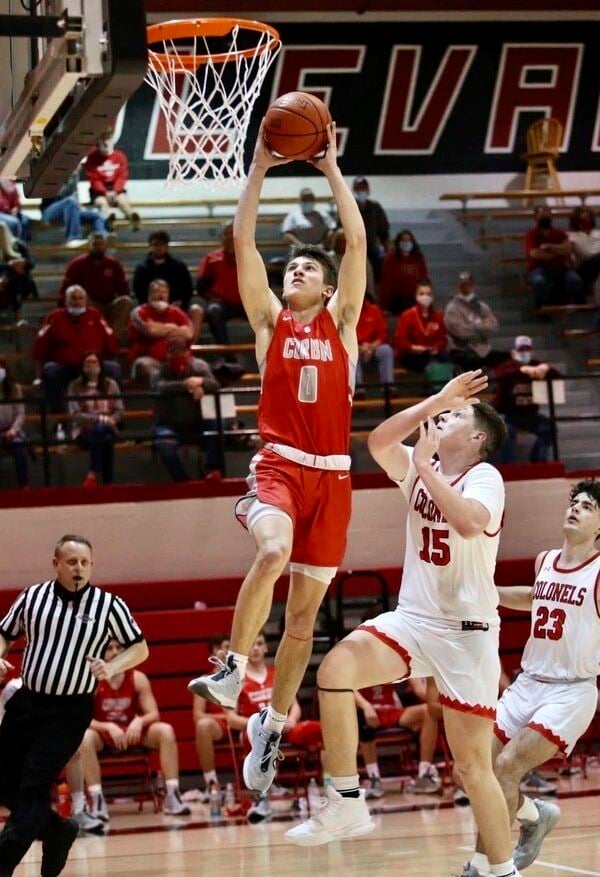 Corbin sophomore Hayden Llewellyn went up for a dunk during the Redhounds' win over Whitley County on Friday. | Photo by John Crisologo 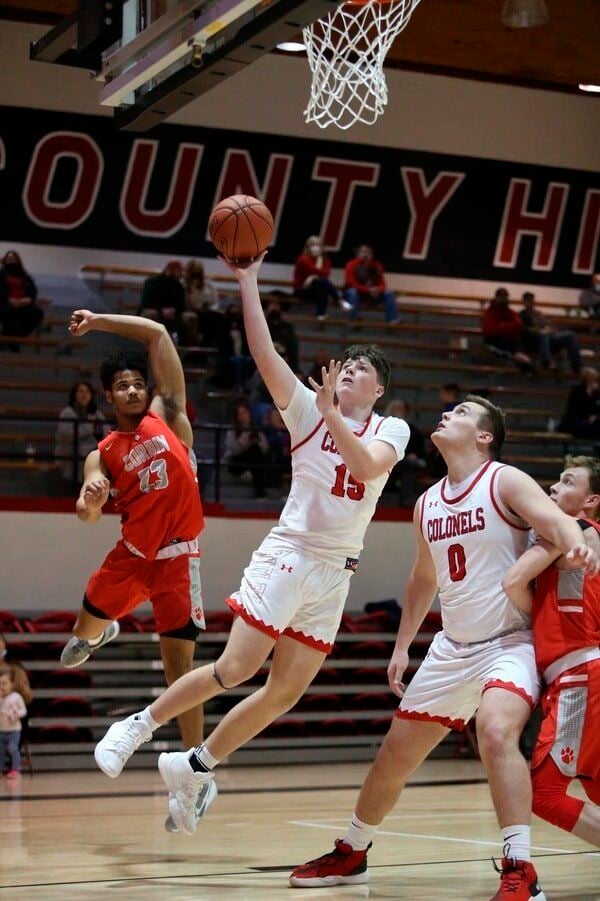 Whitley County's Jackson Petrey put up a shot during the Colonels' 83-64 loss to Corbin on Friday. | Photo by John Crisologo 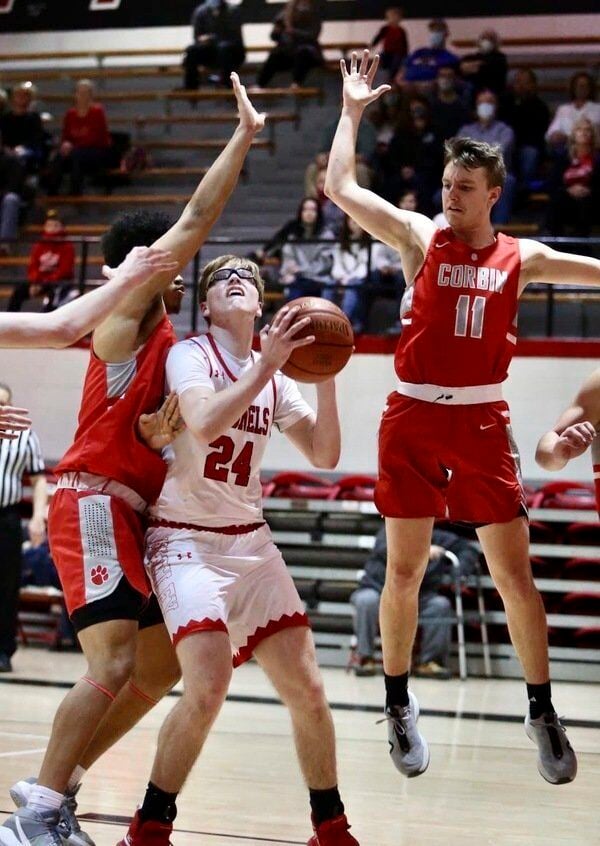 Corbin sophomore Hayden Llewellyn went up for a dunk during the Redhounds' win over Whitley County on Friday. | Photo by John Crisologo

Whitley County's Jackson Petrey put up a shot during the Colonels' 83-64 loss to Corbin on Friday. | Photo by John Crisologo

The 2021 season started rocky for the Corbin Redhounds. They missed the first two weeks because of COVID-19 restrictions, then started off the year by losing six of their first nine games. But, through it all, Coach Tony Pietrowski continued to believe in his squad.

After that sixth loss, which made three in a row, the Redhounds started putting things together. Now, they are playing as well as just about any team in the region and have won eight straight games, with their latest win coming in an 83-64 defeat of the Whitley County Colonels, in the 50th District clash.

It was the second time this season that Corbin has defeated the Colonels, with a 78-57 win over them back in early February. Those wins place the Redhounds as the second seed in the upcoming district tournament.

A key to Corbin’s resurgence as of late has been their ability to score points in bunches. The Redhounds have averaged over 81 points per game during their eight-game win streak, which is almost 10 points better than their season average of 72 points per game.

On Friday, it was a balanced offensive attack that helped the Redhounds cruise to the win. Sophomore star Hayden Llewellyn led all scorers with 24 points on the night. Josh Hibbits scored 14 and Brody Wells finished with 12. Pietrowski said that his team’s offensive balance has been tremendous as of late.

“I’m encouraged by the balance that we are showing on offense. We have three or four guys who are in double figures on most nights,” said Pietrowski. “I’m happy with our ball movement. In this stretch of games that we have won, we have shared the ball really well. It’s just a carry-over from practice to the floor.”

Corbin jumped out to a 22-9 lead after the first quarter, and never looked back against Whitley County. The Redhounds were up 45-24 at the half.

Wells took over the game to start the second half. He scored eight of his 12 points in the period. Dakota Patterson added five points in the third, including a big three-point shot, helping the Redhounds to extend their lead to 64-41 after three.

Corbin had some foul trouble arise in the fourth quarter, and Pietrowski called on his bench to finish out most of the final quarter. Marc Warren came in and connected on two three-pointers and Trey Worley scored three points in the fourth, as the Redhounds rolled to the 83-64 win.

Pietrowski said he was thrilled with the way his bench responded on Friday.

“Hats off to our kids tonight. We are a young and very inexperienced team, but sometimes those types of teams grow more every day and propel you to wins,” said Pietrowski. “The thing I was really encouraged by was when we got in foul trouble, Marc Warren and Trey Worley came in and played well for us. They were on the edge of getting more minutes, and they showed they can do that for us tonight.”