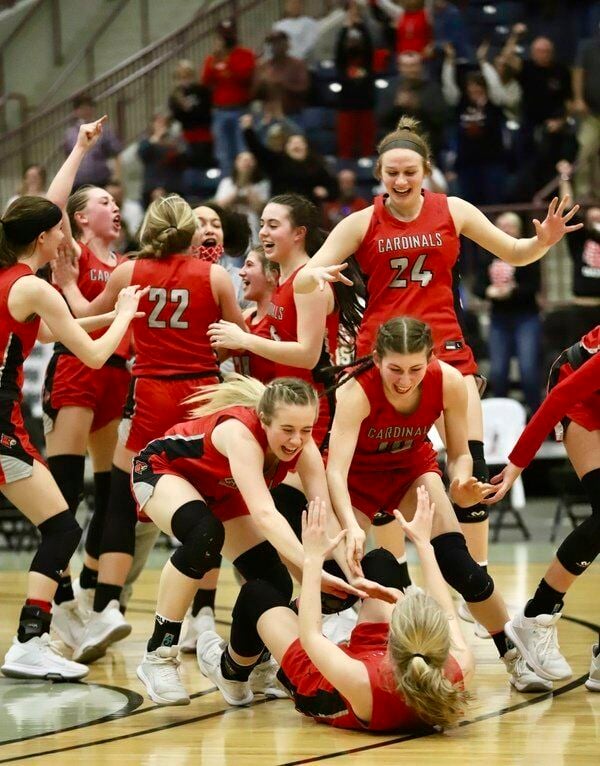 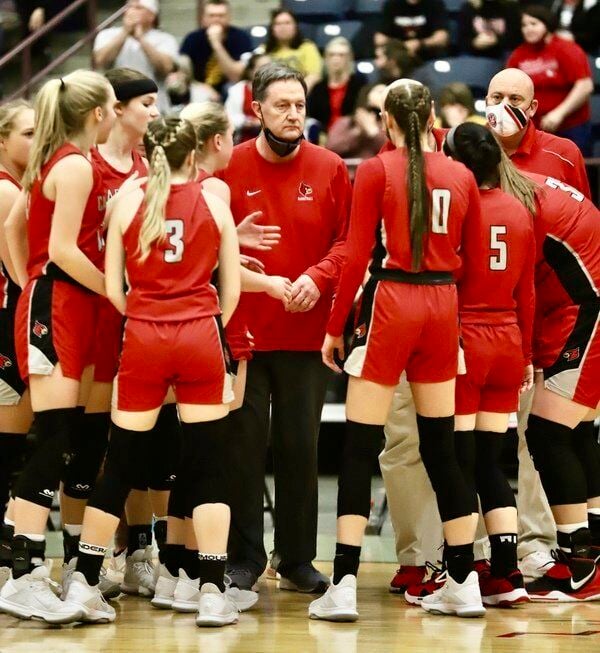 Chris Souder's South Laurel Lady Cardinals are 19-5 since beginning the season with a 1-5 mark. | Photo by Les Dixon

Chris Souder's South Laurel Lady Cardinals are 19-5 since beginning the season with a 1-5 mark. | Photo by Les Dixon

LONDON — From players losing family members, dealing with a 1-5 start, and an unforgiving schedule, to being quarantined for 10 days while losing the services of Clara Collins for most of the season, has led to one heck of a ride for Chris Souder and his South Laurel Lady Cardinals.

Souder and his players hope to continue their long and winding path to a state championship this week at Rupp Arena when the Lady Cardinals open first-round action against 11th Region champion Franklin County on Wednesday at 5 p.m.

“Man, what a journey it has been,” Souder said. “We always tell our kids to focus on the journey and not the destination, and man, they will never forget the difficult path we had to endure, but now that all realize it was well worth it to reach the destination. From the way the season ended last season, to no summer ball, to the passing of Rachel's father, and a lot do know but Corbin (Miller) lost a very close family member as well that really shook her up, and she had a hard time for some time.

“We also lose Clara after the first game with a concussion only to learn after our first game we would be quarantined for 10 days as well,” he added. “That really took a lot out of a very inexperienced team. Our schedule was unforgiving, and we just struggled to find our identity. Every time I felt we were turning the corner, we would struggle for some reason. But it also worked the other way, every time I thought this team was maybe done, they would rally and prove it was there, they just needed to find it. I was afraid we would run out of time but this team found a way, and that is what every special team does —they find a way.”

Now South Laurel is trying to find a way to get past a Franklin County squad that is 17-5 while winning eight games in a row. The Lady Eagles are averaging 61.3 points per game while shooting 44.6 percent from the floor. They’re also totaling 34.6 rebounds per game.

“Franklin County is a very good, experienced basketball team with probably Miss Basketball and University of Tennessee signee in Brooklyn Miles,” Souder said. “She will be the quickest and fastest kids we have faced all year. They also have a lot of size as well, so we will have our hands full but when you get to this point, there are no easy games left. They are also very well-coached. He won't be afraid to throw the book at us. He is a football offensive coordinator, so he is very creative thinking at all times.”

Even though Souder knows his team is going to be challenged he admitted his players will be laid back, and excited, entering the game.

“This team is always laid back,” he said. “As much as they drive me crazy, they are one of the most fun groups of kids I have coached. We are very excited, and they should be. They may be the most deserving team I have ever coached! So I want them to be relaxed and have fun, which I won't have to worry about that, they will definitely do that.”

Junior Rachel Presley leads the team with a 14.8 scoring average and a 7.4 rebounding average while Bree Howard is averaging 10.1 points per game and sophomore Raegan Jones follows with a 9.4 scoring average.

“To give ourselves a chance, we are going to have to take care of the basketball, and try and keep Miles out of the paint,” Souder said. “So our defense will be really key to give ourselves the best chance to win. If we play defense correctly, it will also become our best offense. We’ve got to rebound, limit turnovers, keep the ball out of the paint, and have solid bench play.”