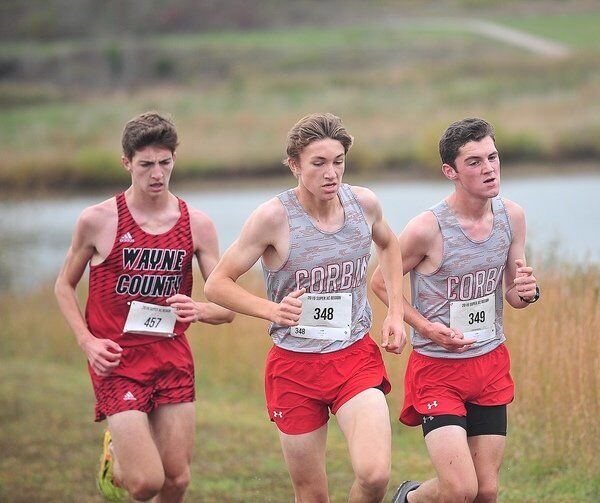 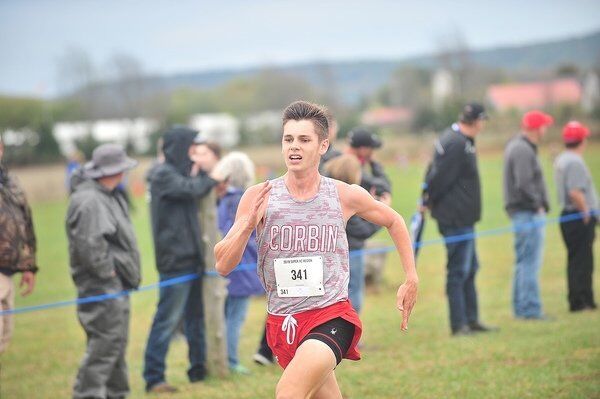 The Corbin Redhounds will attempt to repeat as Class 2A state champions this fall. | File Photo

The Corbin Redhounds will attempt to repeat as Class 2A state champions this fall. | File Photo

CORBIN — Can the Corbin Redhound Boys Cross Country team repeat as the Class 2A State Champions this fall?

The talent is in place for a repeat performance.

Four runners that finished in the top 31 at the state track meet last fall return along with a solid nucleus of runners, and now, coach Tyler Harris’ team is ready to defend its regional and state crowns.

“I love our chances at making another run at the region and state titles. With that said, nothing changes,” Harris said. “It’s all about the work and the attitude. Creating a positive and fun environment and mindset centered around having fun through success, personally and as a group, is key.

“I always put pressure on myself because I am a competitive guy but not in a negative or nervous way. I’m not looking at this year differently than other years,” he added. “We will continue to progress in our training just as we would have it we had not won the title. We spend a lot of time and put in a lot of work so it should be worth it. That’s the only pressure I have and I feel the same way every year. I’ll accept all of that though. I never want the guys to feel it and they shouldn’t. Let me handle and worry about the planning, scheming, and what people may say. They just focus on being the best versions of themselves and building confidence and the success will come. At the level we’re at now l, it’s going to go to the team who works the hardest and wants it the most anyway. I know that can be us. I like our approach and confidence so far and we will continue to cultivate that. My message is to not be satisfied with one title. Every season is a new opportunity.”

Corbin’s runners have had to deal with different types of training to prepare for the upcoming season due to the COVID-19 pandemic.

“I think they’ve responded very well. It’s been different but has created an opportunity to take responsibility for their training and work in developing their intrinsic motivation,” Harris said. “I feel like this has been a dedicated and responsible group and they have made the proper efforts to train to a level that would meet personal and team expectations. The first week was unusual and we have made a few tweaks here and there but we’ve all handled it and adjusted pretty well considering. I think we’ve bonded over the new look of practice. It has put an interesting twist on things and we’ve all been able to connect over that.

“The kids are working incredibly hard and are in great shape at this point in the summer,” he added. “The majority of the team has been at practice every time we have had it so that’s been nice to see. I think they are starved for the setting and have craved the structure and being around teammates. I’m very proud of the progress they have made especially since I asked them to do roughly six weeks of training on their own. Because of that I certainly don’t think they are taking anything for granted because you realize just how much you miss being together as a team and just how necessary it is to have teammates to train with and push each other.”

The Redhounds have two seniors this season in Austin Terrell and Evan McCrickard. They also return a solid nucleus of underclass en as well.

“Both (Austin and Evan) are incredible kids. Austin and Evan are such hard workers and great leaders,” Harris said. “Austin has been a part of the program for many years and this is Evan’s second year. Austin has grown so much and in so many different ways. He’s been super consistent and I always know I can count on him. Evan came to us last year and, as a true sprinter, was out of his comfort zone but has put in the work and dedicated himself to this team. I’m so proud of his fight and I believe he will challenge for a top spot. I’m very proud and appreciative of both of them.

“All of my runners are key. No one guy makes or breaks us,” he added. “We embrace creating a very competitive environment at practice and stress that spots are earned not given. Doesn’t matter to me what grade you are or who you are. If you have the time then you get the spot. That’s fair and pushes guys to work for it. My team has embraced that and I think they all appreciate it. We have a great atmosphere and a bunch of really driven kids. Running in the top seven or not these guys have a bond and always back each other. I love that about them. Specifically, we return four runners who finished in the top 13 at region last year. Those same four finished in the top 31 at state out of a field of 251. Sean Simons, Austin Terrell, Jonah Black, and John Hail. The guys who will complete our top seven or eight will be vital though and we have many guys gunning for those spots. I’m very confident in my runners from top to bottom.”

For Corbin to achieve its goals this season, Harris said the Redhounds will have to “avoid complacency and thinking that what we did and how we trained before will get the job done.”

“We don’t approach it this way but there’s a target on our backs,” he admitted. “People know we are defending champs everywhere we go and those teams that finished second, third and fourth behind us are going to train hard, watch what we do, and try to unseat us. We have to train harder and be better than them, period. We will. Stick to the script, trust the training, hold each other accountable, and remember that you aren’t just doing this for yourself but for a bunch of other guys who are counting on you to be at your best when it matters most.”