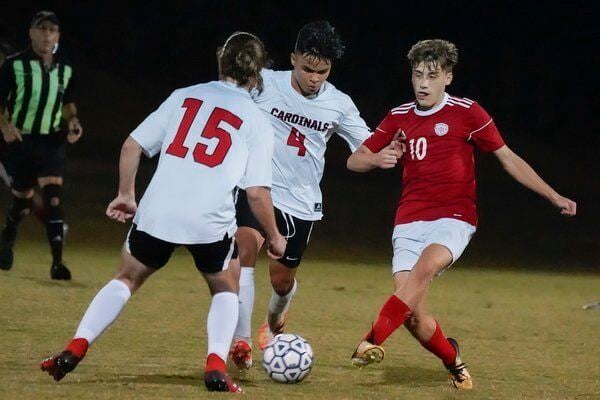 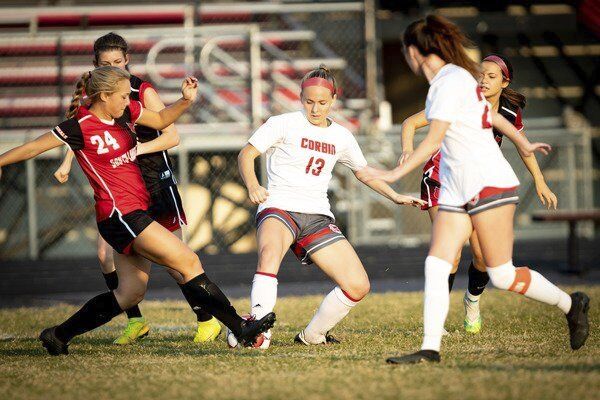 Soccer season is now over, so it’s time to dish out my ‘Very Early’ 13th Region Boys and Girls Soccer Top Five Rankings.

Yes, I’m sure these will change a few times before the season begins next fall but until then, let’s have some fun and see who ranks where heading into the 2021 season.

The Redhounds have now won three out of the last four 13th Region titles, and they look to be the hands-down favorite entering next season.

Armando Cima’s squad will be loaded once again and I expect another deep postseason run as well.

The Cardinals are going to be hit hard by graduation (losing 10 seniors) but Joey Marcum’s squad always reloads and I expect them to do the same next fall.

Leading goal scorer Ben House (nine goals) will return along with Will McCowan (three goals) along with an abundance of returning talent.

The Jaguars have had their struggles the past few years but I believe next season is when North Laurel will start turning heads.

David Broyles’ squad will only be graduating two players while folding one of the youngest teams in the region this past fall.

Coach Michael Branham did a fantastic job during his first year as head coach of the Colonels.

Graduation will hit Whitley County hard with eight seniors on this year’s squad which includes Austin Gibbs who scored 11 of his team’s 18 goals.

The Panthers have really impressed under Coach Michael Poff. They were able to notch seven wins this season with hopes of doing even better next season.

Knox Central is another team that’s going to be hit hard by graduation, though. The Panthers will lose 12 seniors off this year’s squad including leading goal scorers Tim Jones (10 goals) and Steven Reed (nine goals).

Most teams that are going to graduate 72 of its 98 goals it scored this past season usually would drop a few spots but not the Lady Jaguars.

Even with the losses of Olivia Rudder, Maddie Dagley, and Meg Anderson, North Laurel returns Makayla Mastin (16 goals), Maddie Mastin ( eight goals), and Mia Higgins (two goals) along with an abundance of talent.

Granted, things will be tougher but until a region team beats the Lady Jaguars, they remain the team to beat.

Don’t forget North Laurel has won 25 consecutive games in a row against regional opponents and 34 out of its last 35.

If there is a team that can unseat the Lady Jaguars as 49th District and 13th Region champions, it’s got to be Corbin.

Corbin returns its top two scorers in Grace Gibson (13 goals) and Olivia Jones (eight goals), and will return a solid nucleus of young talent as well. Things could get really interesting when it comes down to who will be crowned Region champ.

Keep an eye on the Lady Cardinals. I really believe they’re the sleeper team in the region.

Coach Jeremy Howard did a fantastic job during his first season as head coach at South Laurel, and year two should be even better.

The Lady Cardinals will only graduate one play from this year’s team and returns Belle Dotson (eight goals), Avery Sauer (three goals), Ashlyn Davis (two goals), and one of the best defensive players in the region in Lindsay Cox.

Graduation will take its toll on the Lady Colonels with eight players moving on after this year, including leading goal scorer Reis Anderson (18 goals).

The good news is that Kaylee Aslinger returns after scoring seven goals this past fall.

Corey Bauer’s Lady Panthers surprised many this past season by totaling six wins, and now Knox Central will look to build on its success next fall.