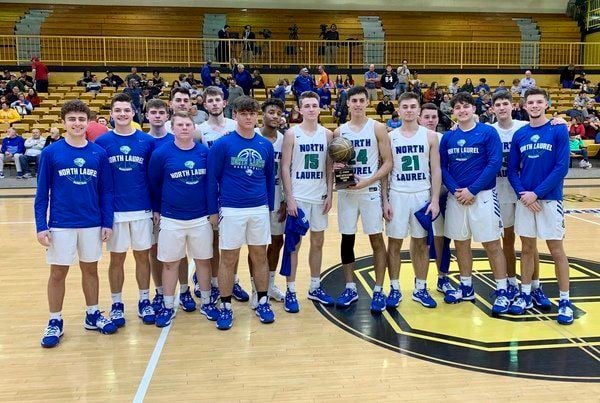 The North Laurel Jaguars pose with the Bobby Keith Classic trophy after defeating Southwestern in overtime on Saturday. | Photo by Les Dixon 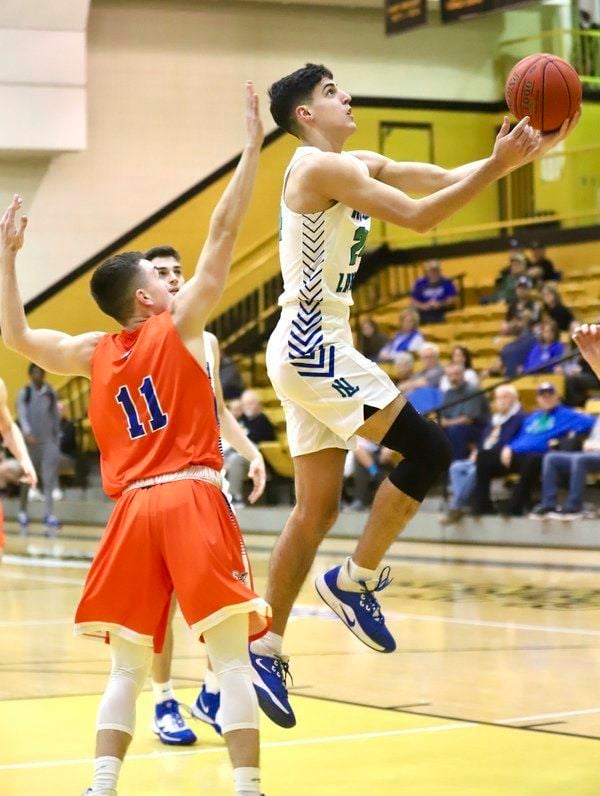 North Laurel freshman Ryan Davidson drove to the basket during first half action of Saturday's overtime win over Southwestern. | Photo by Les Dixon 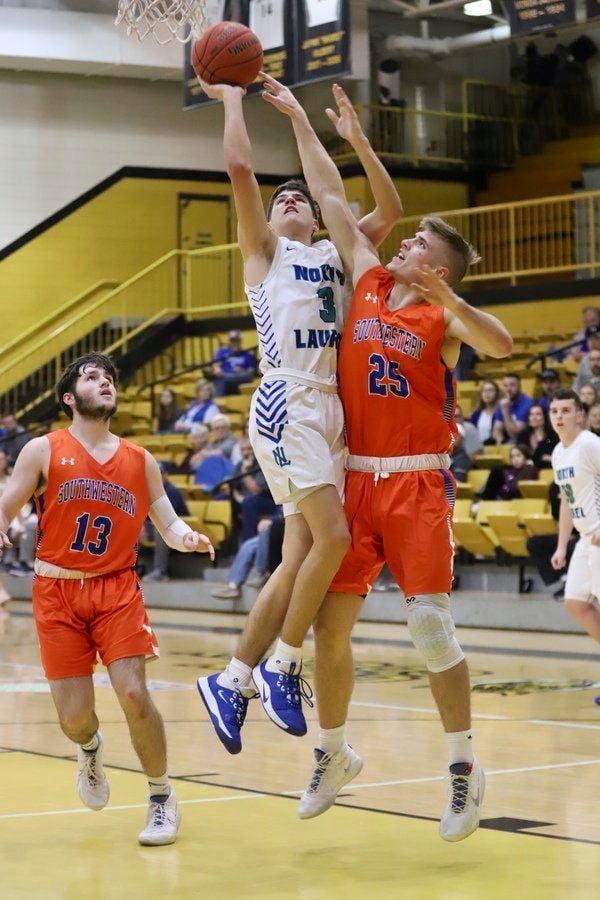 The North Laurel Jaguars pose with the Bobby Keith Classic trophy after defeating Southwestern in overtime on Saturday. | Photo by Les Dixon

North Laurel freshman Ryan Davidson drove to the basket during first half action of Saturday's overtime win over Southwestern. | Photo by Les Dixon

MANCHESTER -- It looked as if Nate Valentine's North Laurel Jaguars were headed for another heartbreak for the second day in a row.

The Jaguars dropped a two-point loss on Friday to Clay County and just 17 hours later, it looked as if they were going to fall in the final seconds again.

North Laurel trailed Southwestern 64-63 with 0.7 seconds remaining in overtime and had to go the length of the court to score.

The Jaguars threw the ball in and managed to get a foul call with no time going off the clock after freshman Ryan Davidson was pushed from behind.

With North Laurel in double bonus, Davidson calmly sank both free throw attempts to wrap up a 65-64 win over the Warriors.

"I'm proud of our guys," Valentine said. "I feel like we got a break there in the end. But like I've told our guys, always play it out until the end because you never know why will happen.

"It's big to come out after a tough contest like we had last night to prove to ourselves we could do it (get a win)," he added. "To do it the way we did shows the type of character our guys have. We have four losses on the year and in three of those we have had a lead or we were tied with a minute to go in the game. We are a young team, we just have to figure out how to win then."

The freshman duo of Davidson and Reed Sheppard dominated during Saturday's game, combining to score 57 points.

Sheppard turned in his second straight 30-plus scoring effort by tossing in a game-high 39 points while scoring 18 of North Laurel's final 20 points during the process. Davidson finished with an 18-point scoring effort while pulling down four rebounds.

"After taking a look at our stat sheet, 57 of our 65 points were scored from two freshmen," Valentine said. "That says a lot about those two guys. We just have to get everyone on the same page and everybody clicking at the same time."

Valentine said he is impressed with the way Sheppard has taken his game to another level in the past few weeks. Sheppard has tallied 69 points during the past two games.

"I've been harder on Reed Sheppard than any player I've coached," he said. "I get on him more than anybody. He gets it every day. He doesn't get a second to breathe in practice. I stay on top of him because he is so talented.

"You can go one or two ways -- you can let him coast and don't try to coach him because he's good or stay on him and push him, that's what we chose to do," he added. "He's a great kid and he's got a great attitude. He's taken his game to another level in the past two weeks."

The game was nip and tuck throughout with the lead changing hand 15 times.

The Jaguars looked as if they were going to wrap up the win in regulation, but Southwestern's Cole Dysinger hit a 3-pointer at the buzzer to tie the game at 58 apiece while sending it into overtime.

North Laurel will be back in action Tuesday on the road against Rockcastle County. Tipoff is slated for 7:30 p.m.