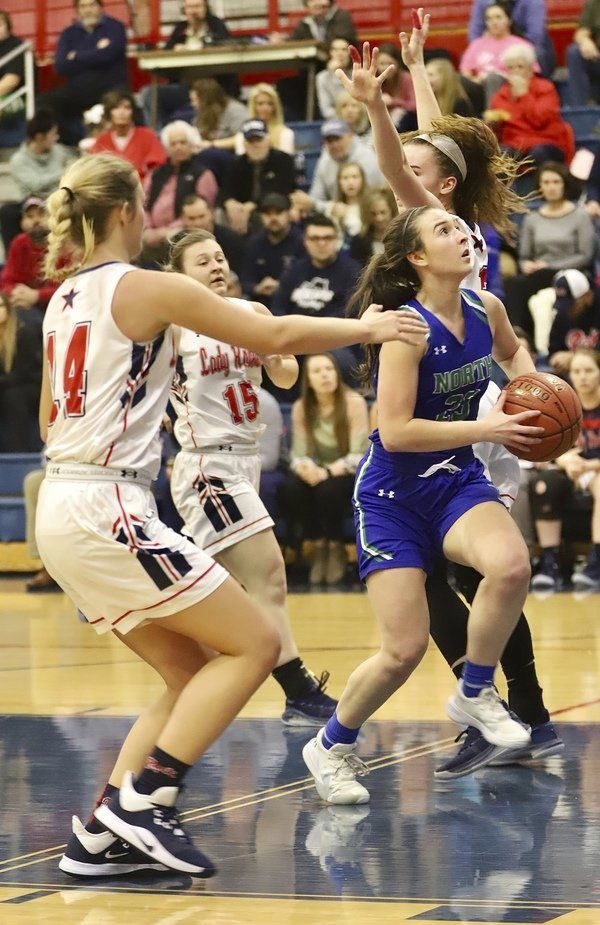 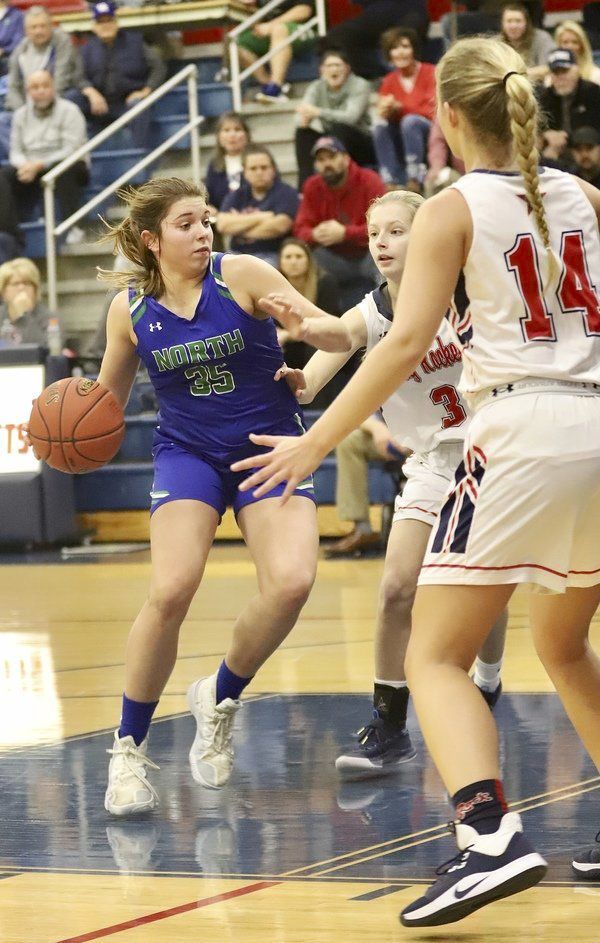 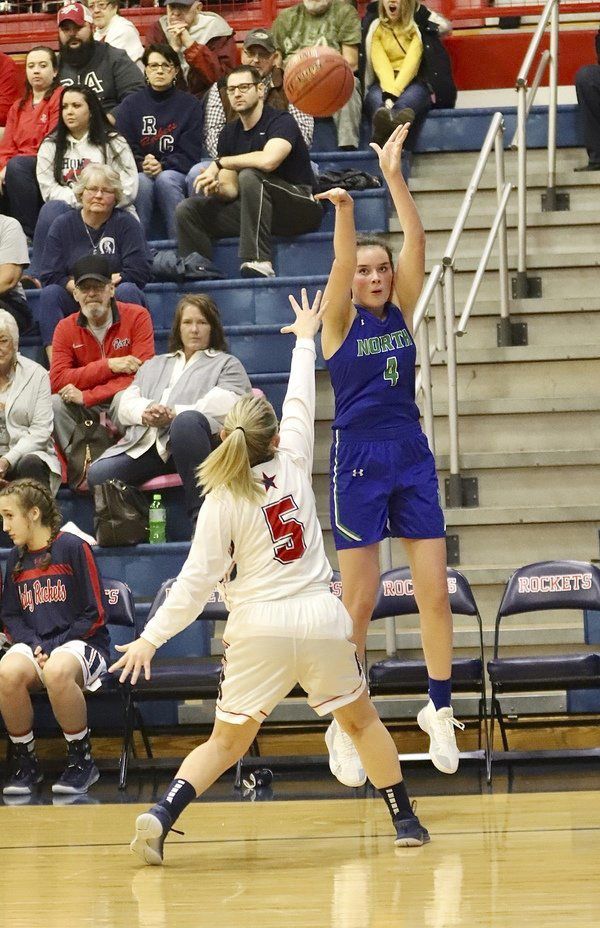 MOUNT VERNON — It took two and a half quarters for North Laurel to get things in order during Tuesday’s game against Rockcastle County, and once they did, the Lady Jaguars showed why they could very well be the front runner in the race for this year’s 13th Region championship.

The defending 13th Region champions fought back from a six-point deficit in the first half and eventually took the lead for good in the third quarter, outscoring the Lady Rockets, 43-31, in the second half to pick up an impressive, 63-53 win.

“I thought this was a big win for our program,” North Laurel coach Eddie Mahan said. “We didn’t play well at all and we didn’t shoot the ball to our standards. When you can grind it out and find a way to win — that’s important.

“I think we took steps forward today in learning how to guard the post,” he added. “I thought we did a good job of stopping penetration and contesting the shot. We also started to learn how to game plan again today. We did that against Clay County last week and tonight.”

Sizemore took over in the fourth quarter, knocking down 10 consecutive free throws to wrap up the win for the Lady Jaguars.

North Laurel hit 16-of-19 free throws attempts in the fourth quarter and finished 22-of-27 for the game.

“I was impressed with how we shot free throws down the stretch,” Mahan said. “For the longest time we’ve been ranked No. 1 in the state shooting free throws and I hope that continues because that wins a lot of ball games for you.”

Mahan’s squad trailed 14-8 at the end of the first quarter and 22-20 at halftime but took the lead for good after a 3-pointer from Gray have her team a 25-24 edge with 4:59 in the third quarter. A layup by Collins a minute and a half later pushed North Laurel’s lead to 27-24 and Rockcastle County never got any closer.

The Lady Jaguars (14-1) have now won 13 games in a row, which Mahan believes has been a thorn in his team’s side at times.

“Our win streak hurts us a little bit because we come out complacent and not ready to play,” Mahan admitted. “At the same time, our kids are finding a way to win. I think that says something about our winner’s mentality and our winner’s heart. That’s what this team seems to have.”

North Laurel is scheduled to be back in action today at home against 49th District foe Jackson County. The game is scheduled for a 6 p.m. tip-off.