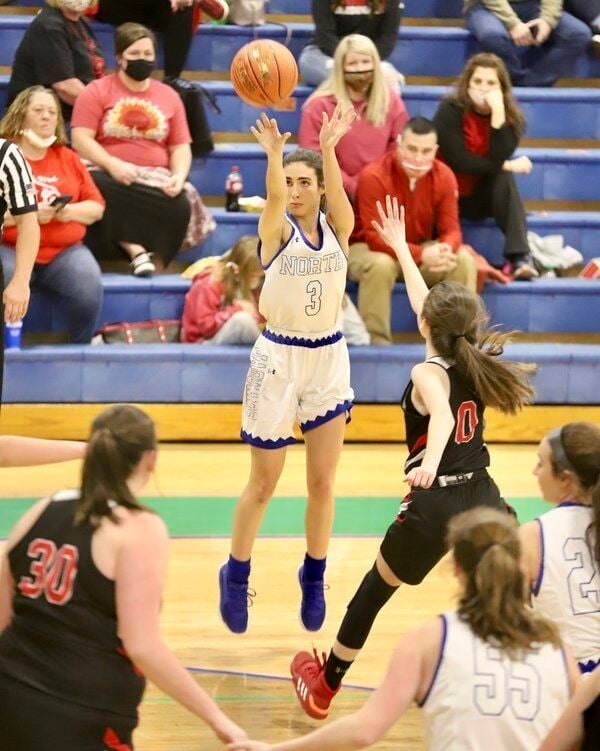 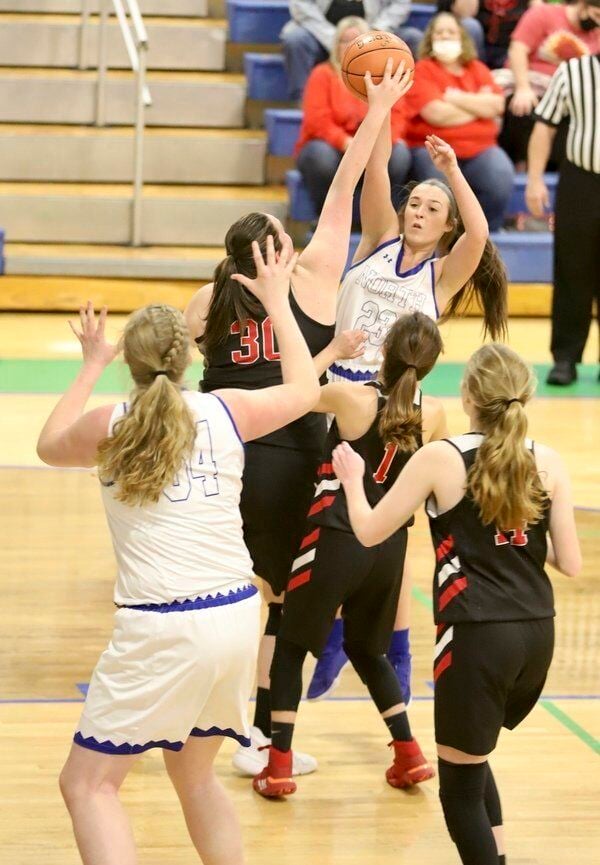 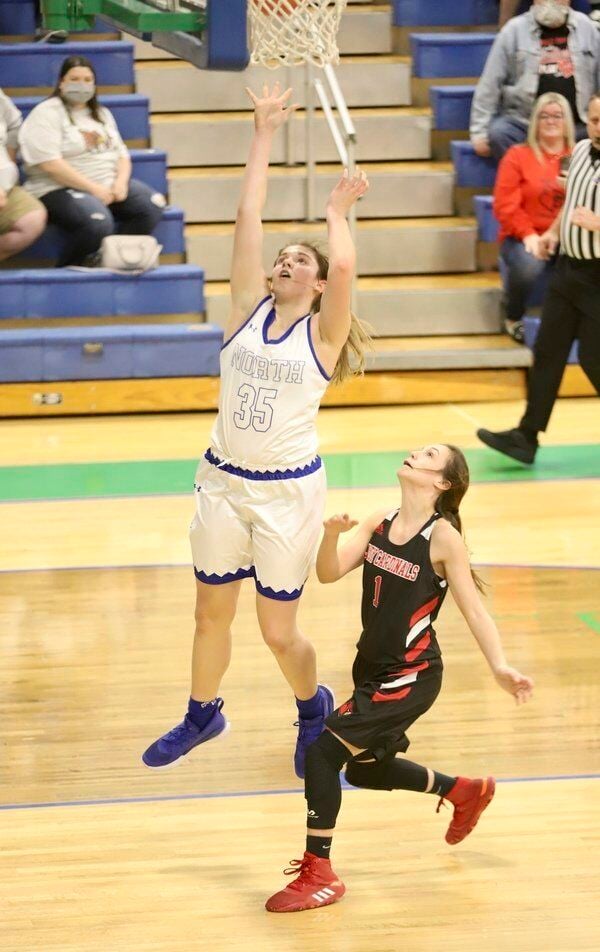 LONDON — North Laurel coach Eddie Mahan knew he had a deep but young team heading into the 2021 season, and both showed up at times during the Lady Jaguars’ 98-23 rout of 49th District foe Red Bird on Monday.

North Laurel (1-0) extended its district win streak to 22 games as 12 players scored in the 75-point victory.

“I’m just happy to be here comes to mind first and foremost,” North Laurel coach Eddie Mahan said after the win. “It feels good to be upset about our deficiencies on defense. It feels good to be frustrated about some lack of rebounding. In other words, it feels good to have some normal. We may have some crazy things to do like socially distant benches and masks but it was great to play. It was even better to see my kids smile. I could see how much they had missed it.

“It is always good to get a district win,” he added. “I don’t care who you are playing, the great thing about our district still seeding is that even these games are important.”

“I have no doubts when it comes to our three leading returning scorers when it comes to the offensive side of the ball,” Mahan said. “They are needing to be our leaders on defense as well. “The good thing about this team though is we are not built around two to three players. You had Chloe McKnight have a double-double with 12 points and 11 rebounds and only played 14 minutes.

“Bella Sizemore, Brooke Nichelson, and Saige McClure are unbelievable players that each bring a unique skill to our team,” he added. “Our team showed we have even more depth than that though with great performances by multiple players including Jaelyn Black and Kaidence Collett. We need these kids to keep developing, and you will see a big advantage to take place with a very deep team.”

The Lady Jaguars’ youth showed early on with Red Bird hanging close before a 7-0 run allowed North Laurel to close out the first quarter with a 27-12 advantage.

“All anyone has to do is look at our roster and they can see how young we are,” Mahan said after the win. “It was no surprise to me to see how little we executed on defense even though it has been our focus the last few weeks. It’s what you have when you have a bunch of young kids who do not understand the importance of that side of play.

“I love travel ball when it comes to exposure but I hate the bad habits it creates,” he added. “It’s why most good college programs will not recruit travel alone. We will take some losses before really learn to play defense. I would rather those losses be early though than later in the season though so that is why you see me less likely to sell out and play too much zone early in this season.”

North Laurel’s depth began to inflict damage to the Lady Cardinals in the second quarter. Collins scored 10 points while Bella Sizemore added all seven of her points in the period to help the Lady Jaguars build a commanding 55-17 advantage at halftime.

Mahan’s squad’s lead grew to 70-18 at the end of the third quarter before a 28-3 run in the game’s final eight minutes wrapped up the easy win for North Laurel. Jaelyn Black scored seven points during the fourth quarter while Kaidence Collett and Kelsie Smith each scored six points apiece.

The Lady Jaguars will be back in action Thursday on the road against Somerset.