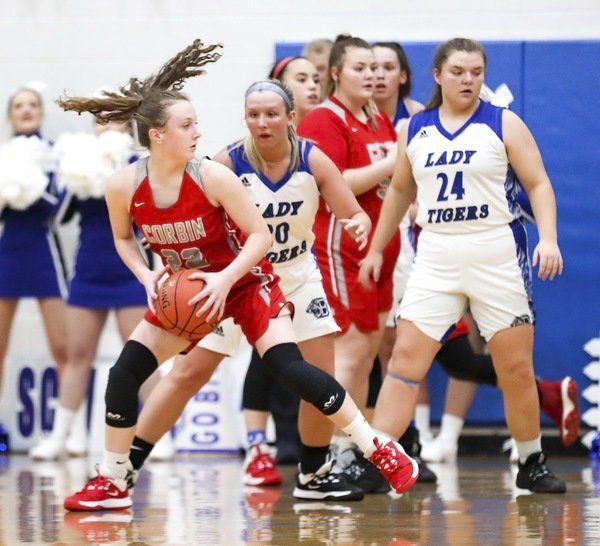 Corbin's Bailey Stewart looks for a teammate to throw the ball to during Monday's game against Barbourville. | Photo by Les Nicholson 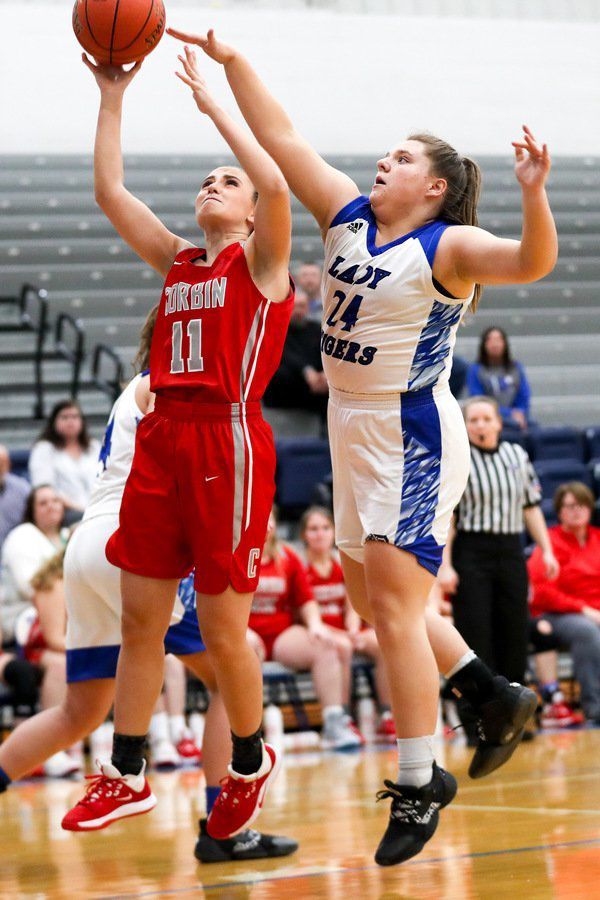 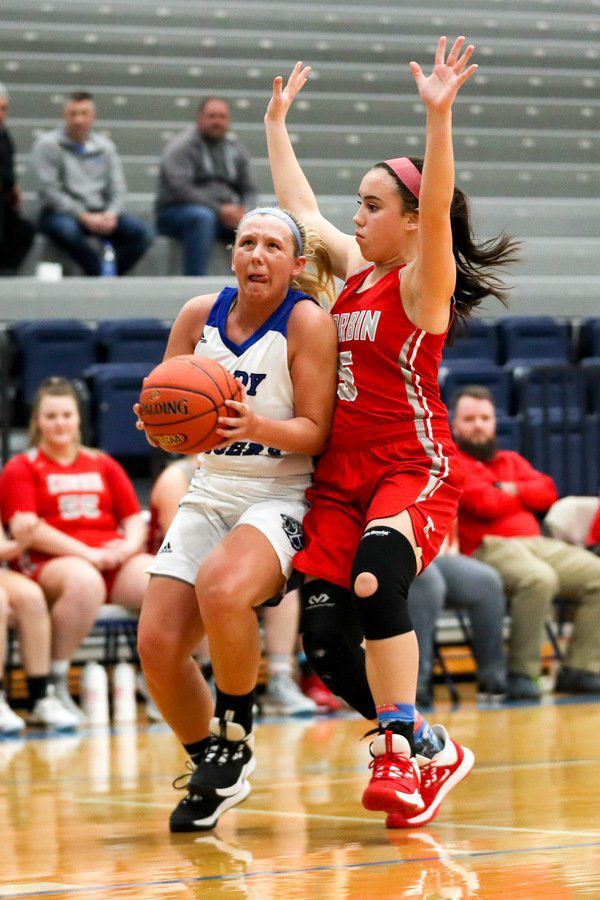 Corbin's Bailey Stewart looks for a teammate to throw the ball to during Monday's game against Barbourville. | Photo by Les Nicholson

A solid team effort propelled the Corbin Lady Redhounds to a 62-40 win over the Barbourville Lady Tigers on the road on Monday in the 13th Region showdown.

Corbin's balanced offensive attack was too much for the Lady Tigers to overcome on Monday. Nine different players scored for the Lady Redhounds in the win. Marisa Scott led Corbin with 16 points on the night. Bailey Stewart scored 11 and Hannah Medlin added 10. Coach Isaac Wilson said it was good to see other girls step up when leading scorer Shelby Stewart held to just five points.

"I told them after the game that Shelby has a tough job. She is our leading scorer and defenses focus on her. Tonight the shots were falling for her and we had other girls step up," said Wilson. "When buckets aren't falling and things aren't going our way, we have to be able to have girls step up and pick up the slack. That is what we did tonight."

Corbin was in control of the game from the opening tip. After taking a 14-6 lead after the first quarter, the Lady Redhounds extended their lead to 33-21 at the half. The Lady Tigers had just one player score in double figures on the night Bri Gallagher with 17 points. Wilson said he liked his team's effort on defense in the win.

"Our zone bothered them and we were pretty active in it," said Wilson. "I thought there were some spurts were we struggled on offense, but our defense was able to keep us going by getting some steals and creating turnovers and giving us those extra chances to score."

Corbin continued to extend their lead in the third and fourth quarters. The Lady Redhounds ended the game with their best performance of the night, outscoring Barbourville 20-12 in the fourth, cruising to the 62-40 win. Wilson said overall he was happy with the way his team stuck out the tough win.

"It was a good road win for us. Barbourville has been super competitive and Coach Hillard does a great job with them," said Wilson. "We fought really hard. We struggled in some areas, but played well overall. It was a great game and our girls stuck together for the win."

With the win, the Lady Redhounds improve to 9-4 on the year. They will return to action on Tuesday, playing host to South Laurel.