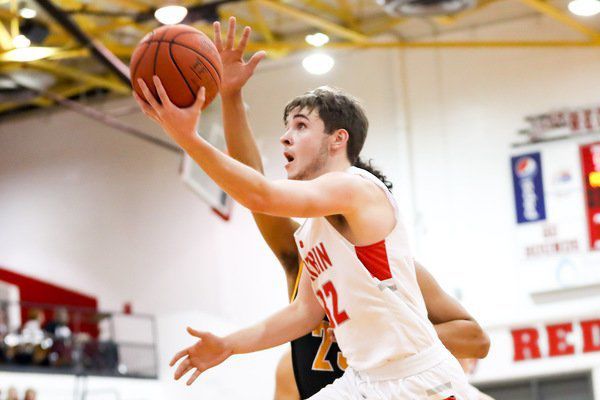 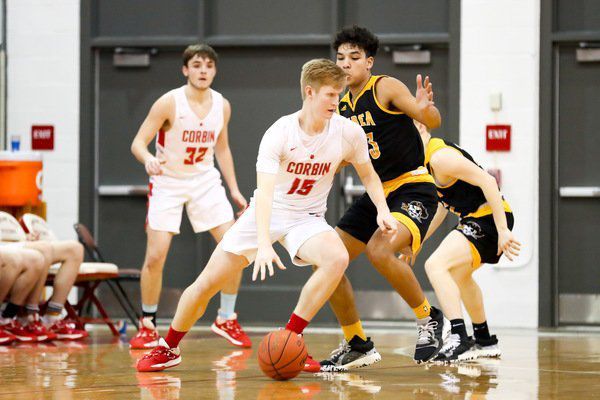 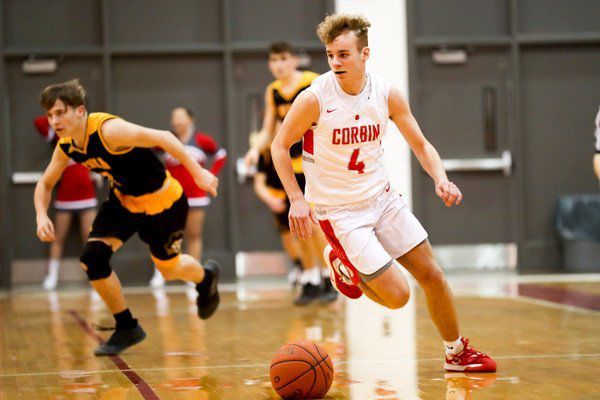 Corbin's Carter Stewart pushed the ball upcourt during the Redhounds' 67-57 win over Berea on Tuesday. | Photo by Les Nicholson

Corbin's Carter Stewart pushed the ball upcourt during the Redhounds' 67-57 win over Berea on Tuesday. | Photo by Les Nicholson

Matthew Taylor started the game red-hot, scoring nine of his team-high 23 points while Josh Hibbitts added 15 points in the win.

"I’ve been excited about our practices and spurts in games lately,” Pietrowski said. “I thought we did a lot right this evening. Berea and Coach (Eric) Swords have a very solid squad. I’m proud of Alex (Byrley), Matthew (Taylor) and Josh (Hibbitts). They are leaders on this group.”

Hibbits scored 11 points during the period as Corbin outscored the Pirates, 21-14, while pushing its lead to 55-44 during the process.

Berea was able to outscore the Redhounds, 13-12, in the fourth quarter, but the damage had already been done.

Pietrowski’s squad will host North Laurel on Friday at 7:30 p.m.

“I like the schedule we have left,” Pietrowski said. “We are going to be tested for sure. I think that fact will help our focus and effort in practices. This group is close.”