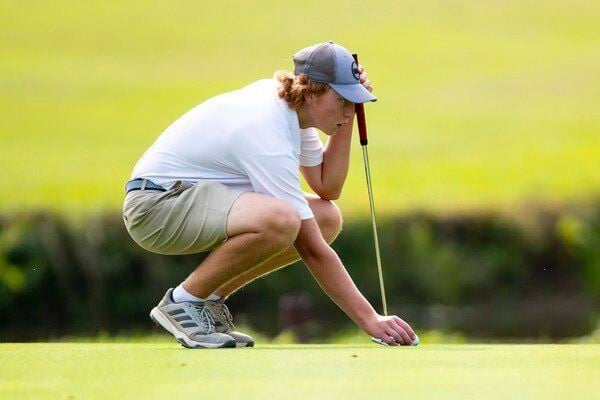 North Laurel's Lucas Binder lines up his ball before attempting a putt. Binder placed fifth with an 85. | Photo by Les Nicholson 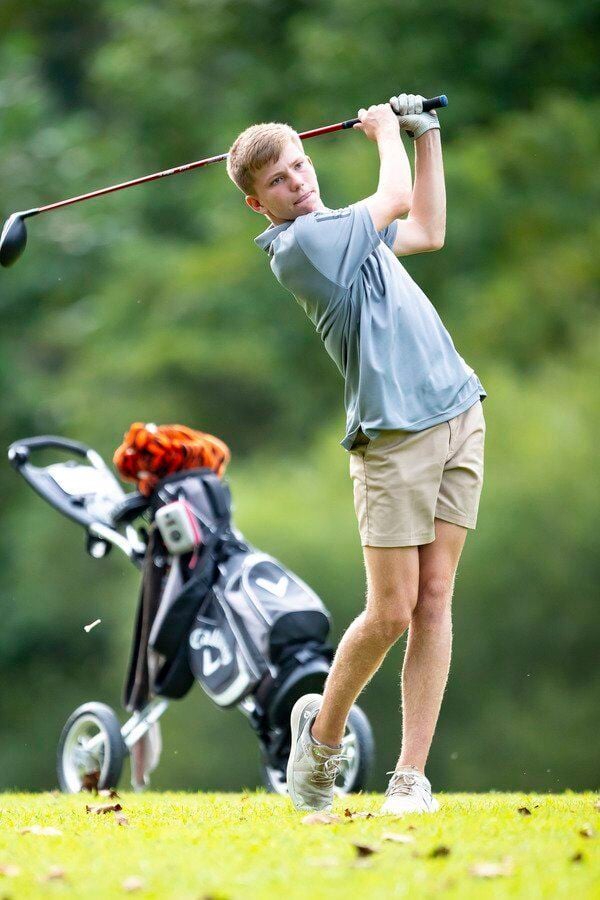 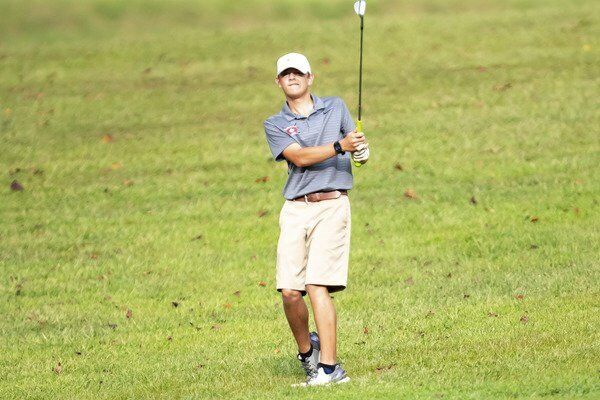 North Laurel's Lucas Binder lines up his ball before attempting a putt. Binder placed fifth with an 85. | Photo by Les Nicholson

MANCHESTER — The South Laurel Cardinal boys golf team turned in a second-place effort during the Southeast Kentucky Conference Golf Tournament by turning in a 357 while Corbin placed third with a 359, North Laurel finished in fourth place with a 362, and Whitley County’s 400 was good enough for a sixth-place effort.

Clay County won the event by shooting a 308 while Bell County’s Andrew Caldwell’s 68 earned him top honors in the individual standings.

“We really bombed earlier in the season in our first match with North Laurel and Corbin,” South Laurel coach Steve King said. “We lost to both teams and that put us in a hole we couldn’t get out of for the conference team title. After that, we started playing better and won most of the remaining matches. So to finish second in the Conference Tournament was redemption for us.

“I kept stressing to the team that it was our chance to prove we were a better team than our record showed,” he added. “Brayden Reed finished third in the tournament with 74, another solid score. Ashton Garland played really well with an 88 and Jaxon Jervis turned in a really good 91 in his first year. Brayden was first-team All-Conference, Ashton was third team and Trey Jackson was Honorable Mention. I’m really proud of these guys and the whole team. Now we get ready for region in less than two weeks.”

Corbin’s Eli Fischer shot a 74, which allowed him to finish third overall while Zach Troglen’s 91 places him 14th, and Dylan Prewitt finished 19th with a 95. Jimbo Ledford finished with a 99 for the Redhounds while Nic Osborne shot a 104.

“We turned in our best performance as a team this year in our conference championship, and that is something that we are proud of,” Corbin coach Ronnie Smith said. “We have a couple guys playing the best golf of their life right now. They worked hard and I’m very proud of their effort.

“The weather was perfect both nights and it seems like every team rose to the occasion,” he added. “Zach Troglen shot his best 18-hole score of his career. Zach has been in a groove lately and his enthusiasm is contagious to the rest of the team.”

North Laurel’s Connor McKeehan and August Storm each placed 16th by shooting 92s while Nathan Edwards turned in an 18th place effort with a 93. The Jaguars’ Cade Robinson shot a 99.

“I would like to say how proud I am of our team, the integrity they show, and hard work they put in,” North Laurel coach Chris Stone said. “We started day two of the tourney in a big hole, behind several strokes. By the end, we had nearly climbed out of that hole only to fall short. We were without arguably two of the conference’s top 20 players for this event, due to prior engagements. I had to ask a couple of other golfers to step up their game. They did just that. It goes to show the depth we have and the depth we are working on building at North Laurel. We will take the next couple weeks and prepare for the regional tourney being held at Eagles Nest.”

Whitley County was led by RJ Osborne, who finished with an 86 which placed him ninth overall while Garrett McNealy’s 97 was good enough for a 20th place finish. Trey Lawson shot a 106 and was followed by Caleb Bennett (111), and Ethan Bowlin (118).