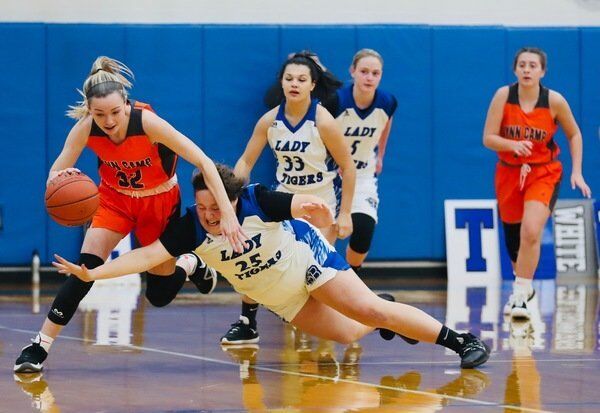 Lynn Camp's Abby Mabe was fouled while pushing the ball up court during Monday's game against Barbourville. | Photo by Les Nicholson 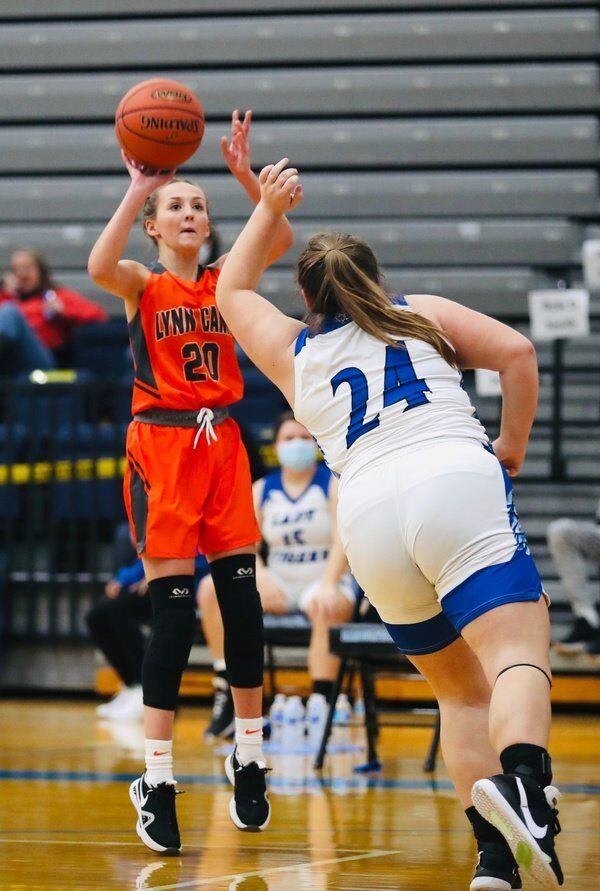 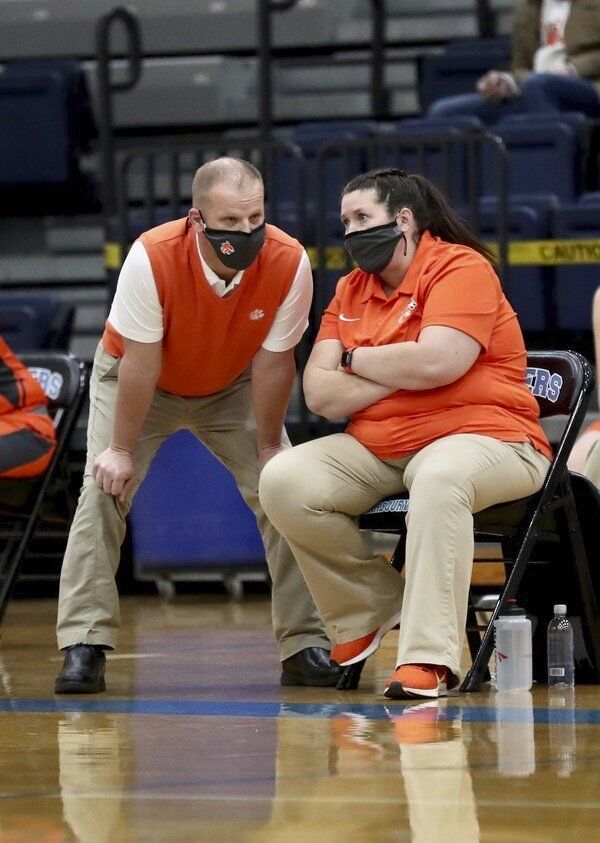 Lynn Camp's Abby Mabe was fouled while pushing the ball up court during Monday's game against Barbourville. | Photo by Les Nicholson

The Lynn Camp Lady Wildcats picked up a big win on Monday night, defeating district rival Barbourville 70-46 in the opening round of the 13th Region All A Tournament.

Coach Darrell Hendrix said the win was big for his team for many reasons. The Lady Wildcats entered the game with a record of 3-1, but the win over the Lady Tigers was their biggest win and best performance of the year.

“This was a good win for us and our program,” said Hendrix. “Anytime you get a win over a district opponent and advance in the All A, it’s a good day.”

The first half between the teams was nip-and-tuck throughout the first two quarters. The Lady Wildcats found themselves down 16-14 after the first quarter. In the second quarter, the Lynn Camp defense buckled down, holding Barbourville to just three field goals in the quarter.

Six different Lady Wildcat scored in the second to help their team to a 29-26 lead at the half. Hendrix said Barbourville posed a big challenge for his team, especially early in the game.

“Barbourville was ready to play,” said Hendrix. “These girls really worked hard for this one.”

The second half was all Lynn Camp. In the third quarter, Jorja Carnes went to work for the Lady Wildcats, scoring eight of her 16 points in the quarter, helping Lynn Camp to a 44-33 lead after three.

The fourth quarter put the final nails in the coffin for the Lady Tigers. Lynn Camp exploded for 26 points in the period, connecting on 10 free throws down the stretch. Natalie Fanella scored 10 points in the fourth and Alissa Crumpler scored seven to help Lynn Camp cruise to the 70-46 win.

Hendrix said it was his team’s ability to play as a team in the second half that made the difference.

“I’m very happy with the way this team is meshing together and sharing the ball,” said Hendrix. ‘They just want to win. They don’t care who the leading scorer is as long as we come away with a win. We had four players in double figures tonight. They are fun to coach.”

Crumpler led all scorers with 18 points on the night. Carnes added 16 and Abby Mabe scored 13, while Fanella finished with 12.

The Lady Wildcats are now 4-1 on the year. They’ll return to action on Saturday, taking on Cordia at home.