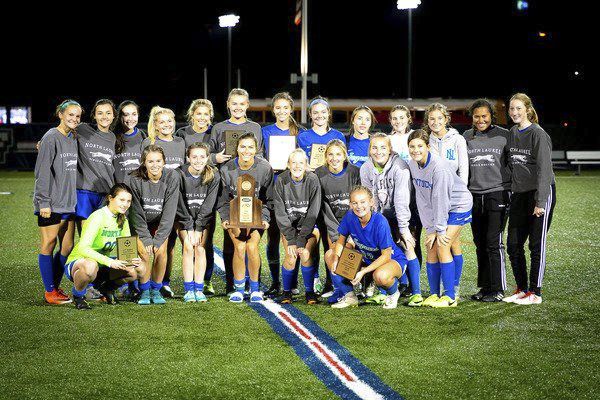 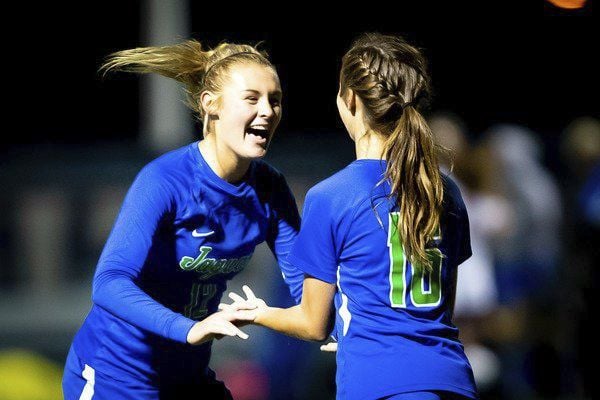 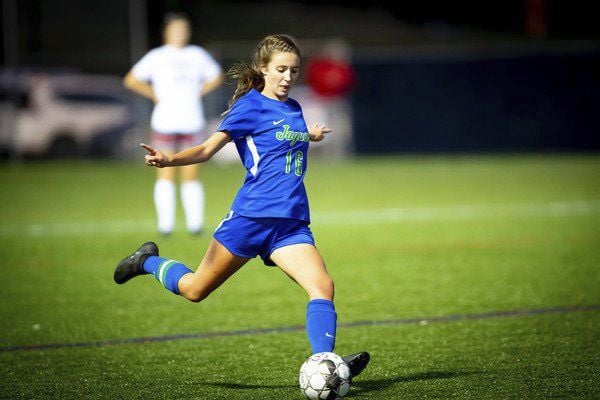 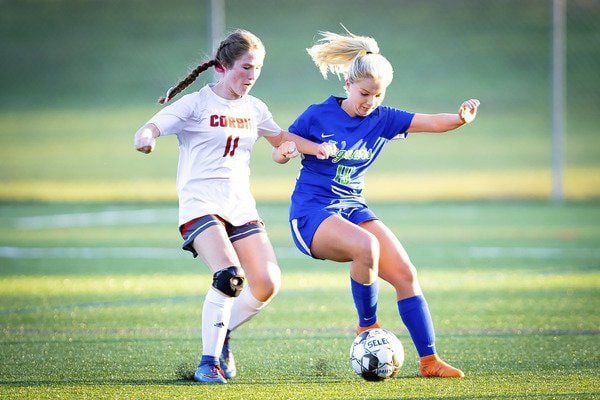 North Laurel Coach Rod Messer said taking the 13th Region title for the second year in a row has been a goal his Lady Jaguars set early in the season.

“We really set that goal this year and felt like we could win it,” he said. “We thought Corbin would be our main competition and it turned out they we. I think we pretty well dominated tonight (Thursday). I told the girls it was probably as good as we’ve played all year.”

“I’m still really proud of my team,” said Corbin Coach Hannah Goins. “We’ve improved ten-fold this season to even be able to play with them. It was a doubt in my mind at the beginning of the year but we’ve improved tremendously. Our girls have come a long way and regardless of the outcome tonight, I’m really proud of them and proud of the effort they put forth.”

Madison Dagley found the first goal of the night in the 17-minute mark to give the Lady Jaguars the 1-0 lead.

Messer knocked another ball in the net in the 37-minute mark off a corner kick by Meg Anderson to give North Laurel a 3-0 lead going into halftime.

Just 40 seconds into the second half, Olivia Rudder found a fourth goal for the Lady Jaguars.

Maddi Mastin knocked in the final goal for the Lady Jaguars in the 75-minute mark, giving North Laurel a 5-0 and the win.

“I feel like we still came out and ran the ball well,” Goins said. “We just couldn’t get going. When they got that first goal is obviously hurt us because it gave them momentum. I still think we did some good things even though the scoreboard doesn’t really reflect that.”

Last week the two teams saw a much closer matchup in the 49th District championship with a tied game at the end of regulation. The Lady Jaguars came away with a 3-2 in a shootout.

“I think they got our attention in the district game and we really responded well,” Messer said. “It’s hard to stay on top. It’s hard to keep the focus and stay on top and they took advantage of our position, came after us. I thought they really got our attention and we were probably lucky to get the win. I think that was the biggest difference (in Thursday night’s game).

“One of our players came up to me after we’d warmed up about five minutes and she said ‘I’m ready, are you ready?’ And I could tell the difference in them tonight (Thursday).”

The Lady Jaguars will be moving on to the semi-state round of the state tournament where North Laurel will play the winner of the 16th Region.

“If they play as hard as they can play, I’m proud of them,” Messer said.