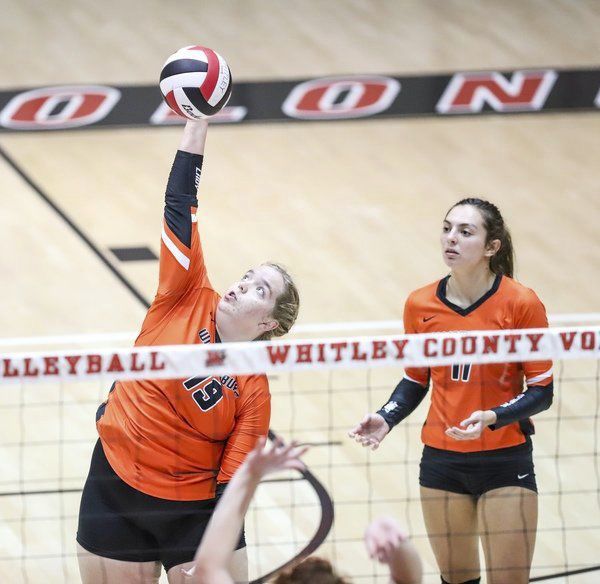 Williamsburg's Allison Caddell gets set to hit the ball over the net during Thursday's match with Williamsburg. | Photo by Dylan Wilson 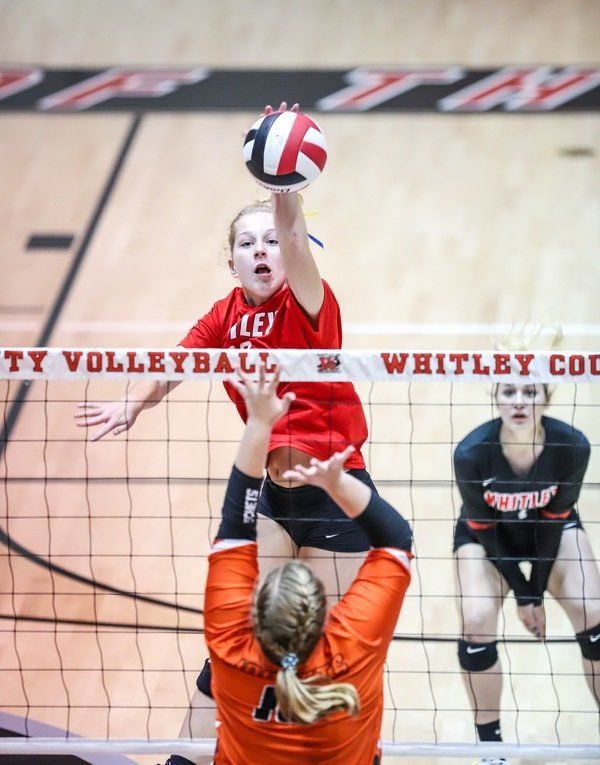 Williamsburg's Allison Caddell gets set to hit the ball over the net during Thursday's match with Williamsburg. | Photo by Dylan Wilson

After five days off from the court, the Whitley County Lady Colonels came back with a decisive win over their cross-town rival Williamsburg, taking a three-set match on Thursday night.

It was the second time this season that the teams have met, and the second win for the Lady Colonels. In their first meeting, Whitley County came away with another three-set win, with games of 25-11, 25-7, and 25-10. On Thursday, Williamsburg was able to put together some nice runs in the third set, but couldn’t quite rally, losing 25-6, 25-11, and 25-16.

The Lady Colonels have been one of the hottest teams in the 13th Region over the past few weeks. Their only loss this month came in a 2-0 match versus Wayne County, but they had won seven of their last nine games entering Thursday night’s matchup.

For the season, Whitley has played to an even 15-15 record, overall. Versus regional opponents, the Lady Colonels have fared well, going 7-5, but have struggled within district play. Whitley County is just 1-5 against teams in the district.

They will wrap up their regular season next week, taking on Rockcastle County on Monday and Wayne County on Tuesday, before preparing to play in the district tournament.