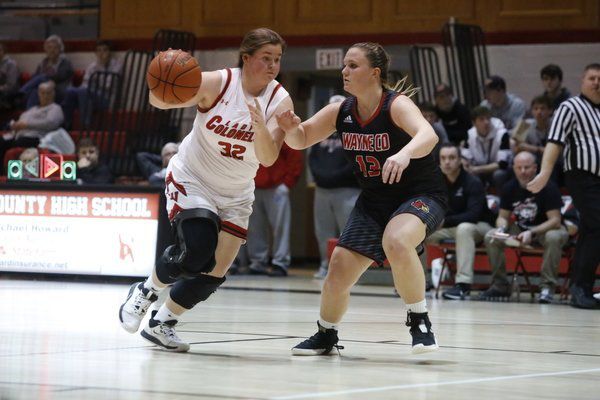 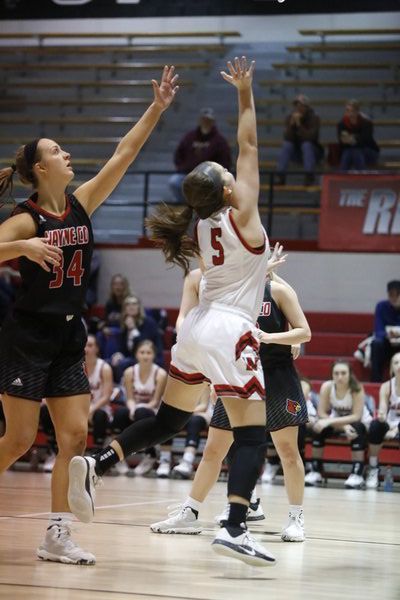 Whitley County's Kallie Housley goes up for a layup during the Lady Colonels win over Wayne County on Thursday night. | Photo by Emily Adams-Bentley 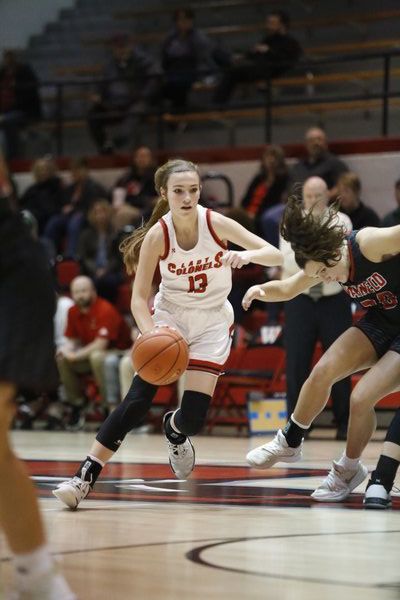 Whitley County's Kallie Housley goes up for a layup during the Lady Colonels win over Wayne County on Thursday night. | Photo by Emily Adams-Bentley

After huge back-to-back wins over district opponents Corbin and Williamsburg, Whitley County Coach Sean Pigman admitted that he wasn’t sure what to expect out of his team on Thursday night.

“For us, it was a really good win at a good time of the year and after what we’ve been through the last 10 days, preparing and getting ready to play two rivals in Corbin and Williamsburg, I didn’t know what we were going to have left in the tank,” he said. “We gave them the day off yesterday and it’s the first time I’ve given them the day off before a game, so I didn’t know what to expect and I told them tonight (Thursday) I was so proud of them. They got my energy to a whole other level tonight.”

Wayne County was able to get within two points in the second quarter but Whitley County extended their lead once again with a huge three-pointer by Reis Anderson to extend the Lady Colonel lead to seven points with just 30 seconds left in the half.

The Lady Colonels were able to keep their distance from the Lady Cardinals in the third quarter, going into the fourth quarter with a seven-point lead, 45-38.

Whitley County outscored Wayne County, 25-18, in the fourth quarter to hang onto the lead and find the win.

The Lady Colonels had nine players to score points in Thursday’s win with Jaycie Monhollen leading the team with 16 points while Kallie Housley had 15 points for Whitley County.

“We’ve gone back to what we said at the beginning of the year which is that we felt like our depth was our strength and there’s still three more on the bench that are dying to get in,” Pigman said. “It makes practice so much more fun, so much more competitive. Kids feel like they have a chance to get in and play and it allows us to play the way we want to play for four quarters and we’re starting to play four quarters.

“I’m proud of them. Wayne County is a good basketball team. They’re well-coached, they’re fundamental and they have two really super basketball players and they have a couple kids that can rebound which we’ve really struggled with. We worked so much harder at rebounding the ball tonight (Thursday) and I was proud of that.”

With only three regular season games left on the schedule, Pigman is hoping to see his team continue to improve.

“They love coming to practice, they love working together and for each other,” he said. “It gets better every day. We had this vision of things we wanted to do and a month ago, it was a struggle but credit to them and our staff and the support that we have. We’re excited for what’s ahead of us, that’s for sure.”

Whitley County will play host to Barbourville on Monday with game time slated for 7:30 p.m.