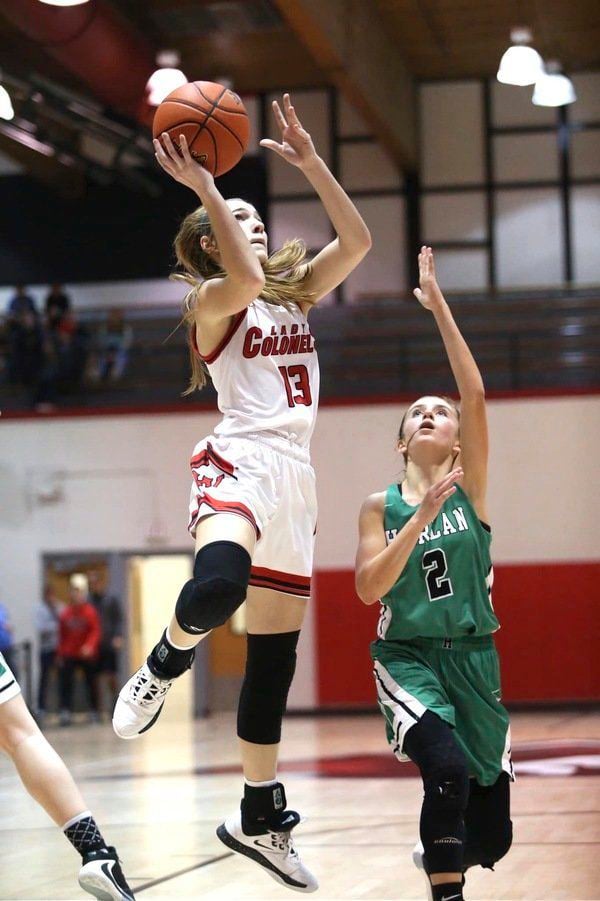 Whitley County's Darcie Anderson puts up a shot over a Harlan player during Tuesday's game. | Photo by John Crisologo 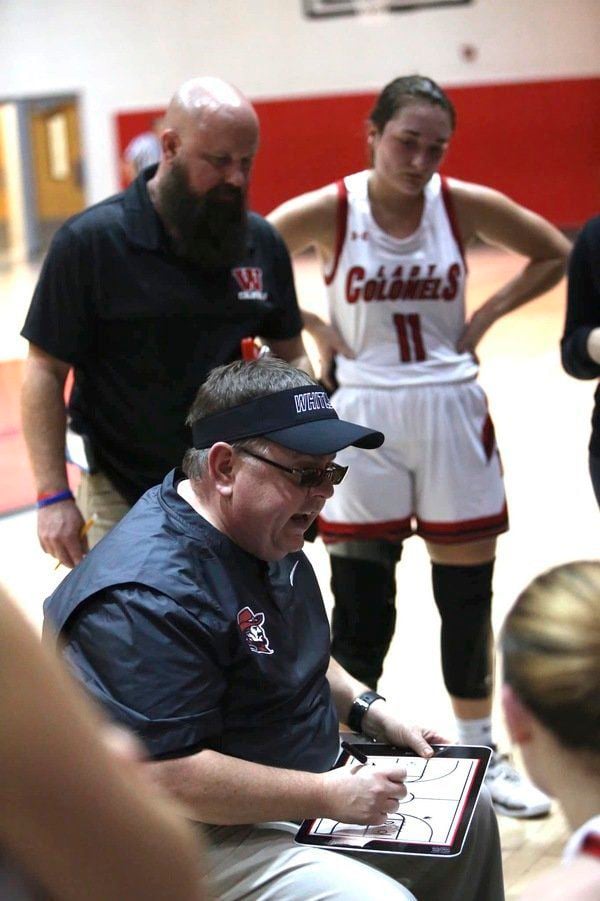 Whitley County coach Sean Pigman draws out a play during a timeout in Tuesday's game against Harlan. | Photo by John Crisologo

Whitley County's Darcie Anderson puts up a shot over a Harlan player during Tuesday's game. | Photo by John Crisologo

Whitley County coach Sean Pigman draws out a play during a timeout in Tuesday's game against Harlan. | Photo by John Crisologo

The Whitley County Lady Colonels picked up a much-needed win on Tuesday night when they hosted the Harlan Lady Green Dragons and came away with a 64-48 victory.

The win snapped a six-game skid for the Lady Colonels and was their first of the new year. With a tough schedule lying ahead of them, Coach Sean Pigman said the win could not have come at a better time for his young squad.

"It was a hard fought win. The kids battled and played with a lot of Colonel pride after a rough first quarter," said Pigman. "We have been practicing well of late but just hadn't been able to win. We have a tough stretch ahead. We are excited about the challenge in front of us."

Pigman said several players stepped up and had big games on Tuesday, some in the scoring book and some in ways that don't show up on the stat sheet. Overall, Pigman said it was a good, solid win for his team.

"Darcie Andersonw as huge and took a big step tonight. She showed lots of poise, confidence, and effort. Katie Powers brought us a lot of toughness, rebounding and heart. She will do anything that is asked of her and is a great kid to coach," said Pigman. "Lindsey Shope had a nice game, too. She was tough on defense and knocked down some threes and free throws."

While Whitley County was clearly the better team on Tuesday, it was the Lady Green Dragons who came out of the gate on fire. Harlan scored nearly half of their points in the game's opening quarter, taking a 21-13 lead at the end of the first.

The Lady Colonels finally settled down and picked things up on the defensive end of the court, holding Harlan to just one field goal in the second quarter, outscoring the Lady Green Dragons 16-2. Darcie Anderson scored seven points in the period, and Reis Anderson connected on a big three-point shot to help give their team a 29-23 lead at the half.

The second half of the game was all Whitley County. The Lady Colonels got more aggressive on the offensive end, resulting in an abundance of free throws. Darcie Anderson went nine-for-11 from the charity stripe in the second half, and the team finished 21-for-31 for the game. Behind the free throw shooting of Anderson and the three-point shooting of Shope, the Lady Colonels cruised to the 64-48 win.

With the win, Whitley County improved to 6-10 on the season. They will travel to take on Clay County on Thursday, before hosting Knox Central at home on Friday.