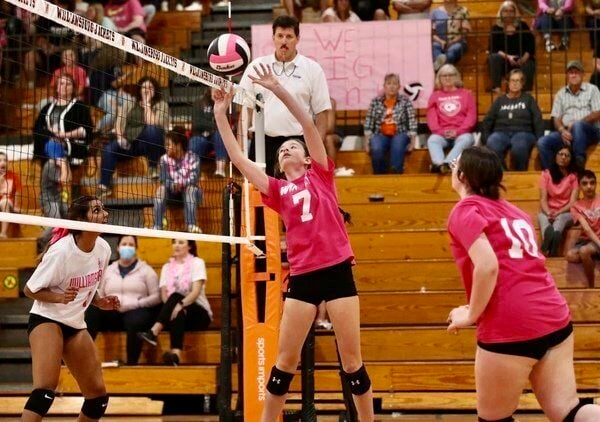 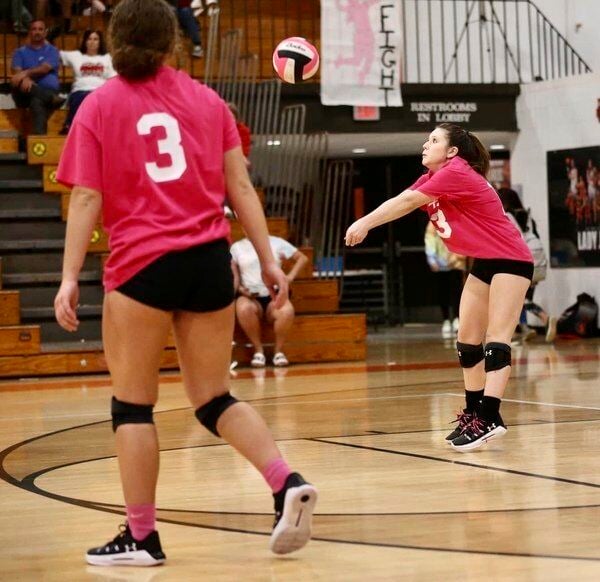 It was the second time this season that the two teams have met. Whitley County won the first meeting in straight sets, but on Monday, the Lady Maroons put up a better fight. After the Lady Colonels won the first set 25-14, Pulaski County stormed back to take the second set 26-24.

Whitley County doubled down in the third and fourth sets, winning 25-15 and 25-12, cruising to the win in four sets.

Coach David Halcomb said he was happy with the way his team played on Monday after being off school for fall break.

“Overall, I was pleased with how we played tonight. I was a bit concerned with us being off for fall break today that it would get us out of our normal routine, but we got together as a group early and I think that helped,” said Halcomb. “We got off to a good start, got a little shaky in the second set, but our kids regrouped and picked up their intensity in sets three and four to put the match away.”

Halcomb said that his entire squad is coming together and improving each time they are on the floor.

“Our chemistry is good and we have several girls contributing and encouraging one another. Everything is about doing what we need to do to get us prepared for Monday’s district tournament,” said Halcomb. “We have to expand on what we are doing well and improve in other areas.”