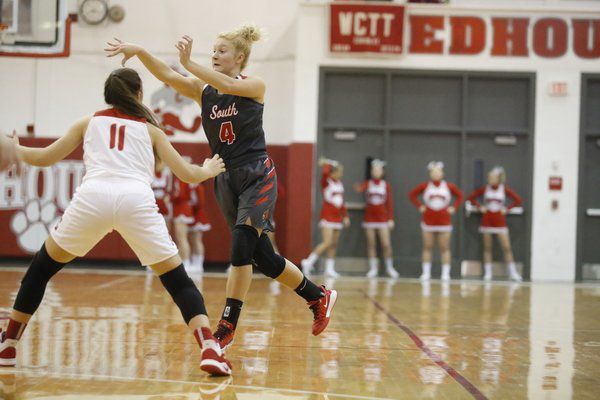 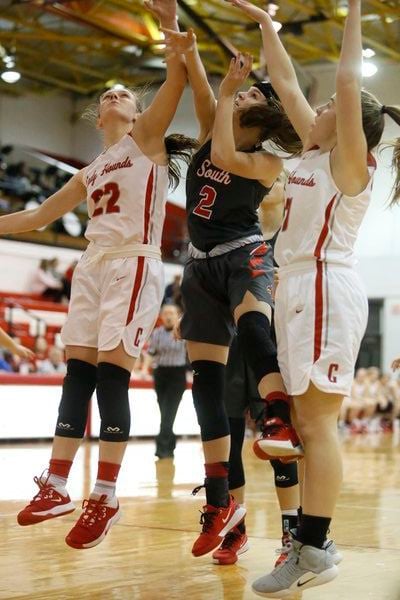 South Laurel's Clara Collins goes up for a layup during the Lady Cardinals' matchup with the Corbin Lady Redhounds. | Photo by Emily Adams-Bentley 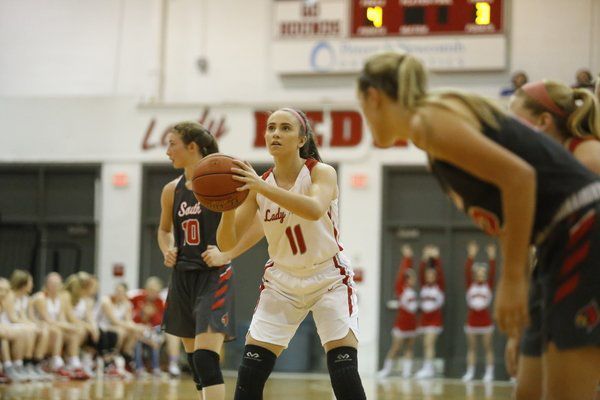 South Laurel's Clara Collins goes up for a layup during the Lady Cardinals' matchup with the Corbin Lady Redhounds. | Photo by Emily Adams-Bentley

CORBIN -- The South Laurel Lady Cardinals picked up their fourth district win on Tuesday night after cruising to a 73-36 victory over the Corbin Lady Redhounds.

South Laurel Coach Chris Souder said since the loss of standout senior Ally Collett due to a season-ending injury, his team has been working on making adjustments on all ends of the floor.

"We've been working on some things and we've got to make an adjustment without Ally (Collett), so we're trying to use our bench a little bit more," he said. "We've been trying to work on some things defensively that utilize our strengths. Tonight (Tuesday) it worked good."

"There were still some mistakes, it's still a work in progress. We had kids out of position sometimes but it's just one of those things, especially because we were playing 10 or 11 kids in the first half and those kids on the bench don't get as much time in practice on it. These are good games to get them in-game experience on those things."

The Lady Cardinals sealed a 20-point lead in the first half with 13-point efforts by both Amerah Steele and Sydnie Hall, 41-21.

Souder was able to sub in some players from the bench in the fourth quarter to give them valuable playing time.

Souder believes he will see some players begin to step up to help take the place of Collett who watched her team from the bench on Tuesday night.

"We've decided we want to win it, be it district, region, whatever, we want to win every game," Souder said. "We've went from winning with Ally (Collett) to now being motivated to do it for Ally. Our kids have done a good job of stepping up but you're not going to replace her. She's a first-team all-state kid and her legacy here at South Laurel speaks for itself."

Hall led the Lady Cardinals with 22 points while Steele had 20 points in Tuesday night's win.

Corbin will host Harlan County on Friday while the Lady Cardinals will be back in action on Saturday as South Laurel hosts Dixie Heights.

"Dixie Heights has a really good team," Souder said. "They've got some height, some depth and they're aggressive, so it'll probably be a fun game because it's probably going to be up and down the floor."