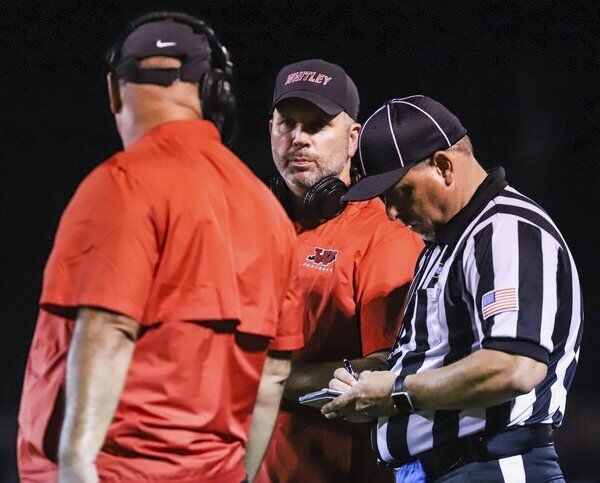 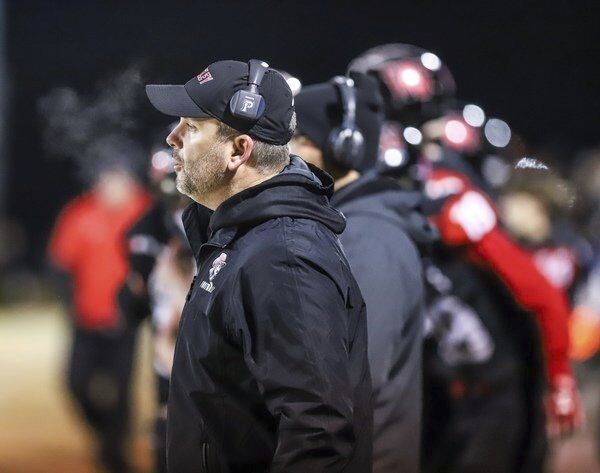 After spending the past two years as head coach of the Whitley County Colonel football program, Irwin has decided to accept the football head coaching position at South Laurel High School, a position he held from 2002-2005.

Irwin posted a 10-10 record during his stay at Whitley County, leading the Colonels to the Class 5A playoffs in both of his years as coach, which included a postseason win in 2019.

“It was a very difficult decision and one that took me several weeks to make. Initially, I was not interested in serious talks about it because of the excellent situation I enjoyed at Whitley County High School,” Irwin said. “I know there were rumors swirling about it for some time going back into November, but the final decision to make the move happened this week after a Monday interview with the SBDM council at South Laurel High School.

“Coaching in Whitley County the past two seasons and working at Whitley County High School as a teacher has been a fantastic experience,” he added. “I am very thankful for the opportunity I had to come back to Kentucky in 2019 and work for first-class leaders and people here. I very much appreciate the faith Superintendent John Siler and Principal Bob Lawson put in me to lead the program back then. I can't say enough about Mr. Siler and the job he does here as a leader for the district, and then that trickles down to the administrators, teachers, and support staff in every school here. Athletic Director Bryan Stewart has been there daily to provide support and whatever was needed as well. Then all the teachers, players, parents, and coaches I got to work with were all tremendous. I have enjoyed every minute of it and never had such broad and consistent support as a coach from all parties concerned. The people I have to leave made it a difficult decision, especially telling the players. For two years, I tried to do my best every day to coach the players up and impact the community in a positive way and I know the program is in good shape as I leave.“

Before coming to Whitley County, Irwin spent nine seasons as head coach of Georgia’s Lassiter High School football program where he compiled an overall record of 51-47. He led Lassiter to region championships in 2012 and 2013 and an appearance in the the Class AAAAA semifinals in 2011.

“It was primarily a family decision in the sense that we are from Laurel County, have family there and go to church there,” Irwin said. “We want to live in the London area long-term and this was a chance to move back while also an opportunity to work at my alma mater and the place where I was given a chance to coach as a 21-year-old volunteer way back in 1994 by my high school coach Jack Eicher and then Principal Roger Marcum. I did feel a bit of a pull to come back and try to get the program going in the right direction again.”

South Laurel Athletic Director Ryan Nolan said he is excited to see Irwin return as head coach of the football program, stating more than “a portion of our fight song says, ‘Wake Up The Echoes.’”

“Since being named AD at South Laurel that has been my charge,” he said. “Our mindset is to embrace the winning tradition established by the student athletes and coaches that have came before us. In many cases continuing the tradition, and in other cases rebuilding it. With the hiring of Jep Irwin we feel that we have begun to ‘Wake Up The Echoes‘ in the football program.

“We had over 20 applicants which include individuals from Arizona, Florida, Texas, and Virginia,” Nolan added. “The hiring of Coach Jep Irwin shows that we are committed to win both on and off the field. Coach Irwin has a vision for the program that embraces not only football but also the development of high character individuals. The hire shows our community members, former players, and those connected to the program that we are committed to restoring the pride of South Laurel football.”

He is the last coach to lead the Cardinal football program to a playoff win, a 40-28 victory over Lafayette back on Nov. 4, 2005.

Irwin, who has a career coaching record of 85-77, will be taking over a Cardinal team that posted an 0-8 record this past season.

“Having experience there as a player, teacher, assistant coach, and head coach I felt that I could step in and make an impact since I won't be totally new to the school and community,” Irwin said. “However, I had a great situation at Whitley County and was worried about the level of enthusiasm for me to return and whether or not there was a strong commitment to winning in football. I have been pleasantly surprised by former players, teammates, friends, and community members that reached out and encouraged me to come back and expressed their commitment to helping.

“It's a tremendous challenge and will require a huge commitment from everyone involved,” he added. “It can't be done by any one coach alone, it takes the entire community pulling together. I was also impressed by the leadership of Principal Jeremy Kidd and Athletic Director Ryan Nolan and their vision to make SLHS one of the best schools in the state — including football.”

Irwin admitted it remains to be seen just how hard it will be to get South Laurel back to its winning ways when he was coach of the Cardinal football program.

“We are going to work every day off the field to win as soon as possible on it, controlling what we can control on a daily basis — Effort, Pride, A Positive Attitude, and Toughness,” he said. “What has happened in the program before today does not matter to me much. I plan to implement our program standards and expectations immediately, and we can improve in our daily work habits in the weight room and learning our systems right away. “The community will see a change in the way we do things and play immediately,” he added. “Wins and losses will come when we play to the identity and standards we create and embrace in the program. Every prospective player has a decision to make about buy-in and trusting the new staff. Change is difficult but necessary to get where we want to go. Everyone is starting off with a clean slate. We are going to start immediately to establish a championship mindset so that we can learn how to — 1. Work Hard 2. Compete 3. Be great teammates and 4. Sustain Success. If we take of those things daily the wins will take care of themselves.”

Nolan said the hiring of Irwin shows South Laurel is committed to win both on and off the field.

“Coach Irwin has a vision for the program that embraces not only football but also the development of high character individuals,” he said. “The hire shows our community members, former players, and those connected to the program that we are committed to restoring the pride of South Laurel football.”

Now that the decision has been made Irwin is excited to get started and meet the players and their families next week.

“I encourage everyone in the South Laurel community to support the program as with all of the school's programs so that we once again can have a football program we are all proud of and give these players a great experience,” he said. “Go Cards.”