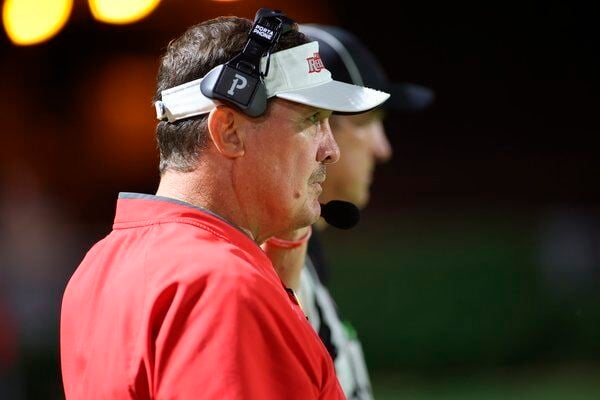 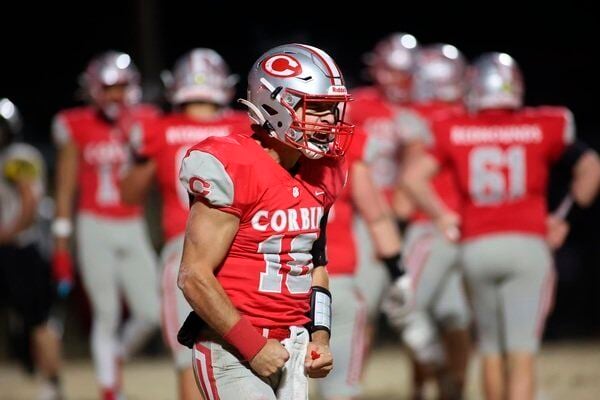 Corbin's Cameron Combs had plenty of reasons to be excited this season. He helped guide the Redhounds to 12 wins and a district title. | Photo by Darrin Spencer

Corbin's Cameron Combs had plenty of reasons to be excited this season. He helped guide the Redhounds to 12 wins and a district title. | Photo by Darrin Spencer

CORBIN — Their season didn’t end the way Tom Greer and his Corbin Redhounds wanted but they sure don’t have anything to be ashamed of.

Corbin finished with a 12-1 record, won another district title, was ranked No. 1 in Class 4A for most of the fall campaign before falling to Johnson Central this past Friday in the Class 4A, Region 4 finals to see its season come to an end.

The Golden Eagles totaled 455 rushing yards in the 34-13 win over the Redhounds while knocking off Corbin in the region finals for the second consecutive season.

“They’re so big upfront, and there was no secret what they were going to do,” Greer said. “We couldn’t stop them. Sometimes you just got to tip your hat to someone better than you. They were better than us. They whipped us up front pretty well.

“We didn’t do a good job of getting the ball because once they got it — I’d hate to see the time of possession,” he added. “We are disappointed. Our goal is to win the state championship. They have a good football team.”

Despite the loss, Greer said he was pleased with his team’s overall success.

“What a season the Redhounds have had,” he said. “Our players and coaches have worked extremely hard all season and I’m certainly proud of our record. It’s been a great year. Our seniors have led and made us all proud. The underclassmen have followed their lead and brought it every week.

“The Corbin community has been there at every turn to support and assist in every way possible,” Greer added. “A great football season is always a joint effort and this year is no exception. Thanks to Corbin school’s administration and board members for their unwavering commitment as well.”

With an abundance of talent returning, Greer is already looking ahead to next season.

“Next year will be the 100th anniversary of Redhound football,” he said. “Looking for some special things to happen. We will begin working right away,” he said. “Always proud to be a Redhound.”

William Dean "Peanut" Mitchell, age 53, of Corbin was born in Barbourville, KY on July 27, 1968 to the late William McKinnley Mitchell and Lois Ruth Lowe Roaden and departed this life on Friday, December 3, 2021 in the Baptist Health of Corbin. He was of the Christian Faith and enjoyed worki…