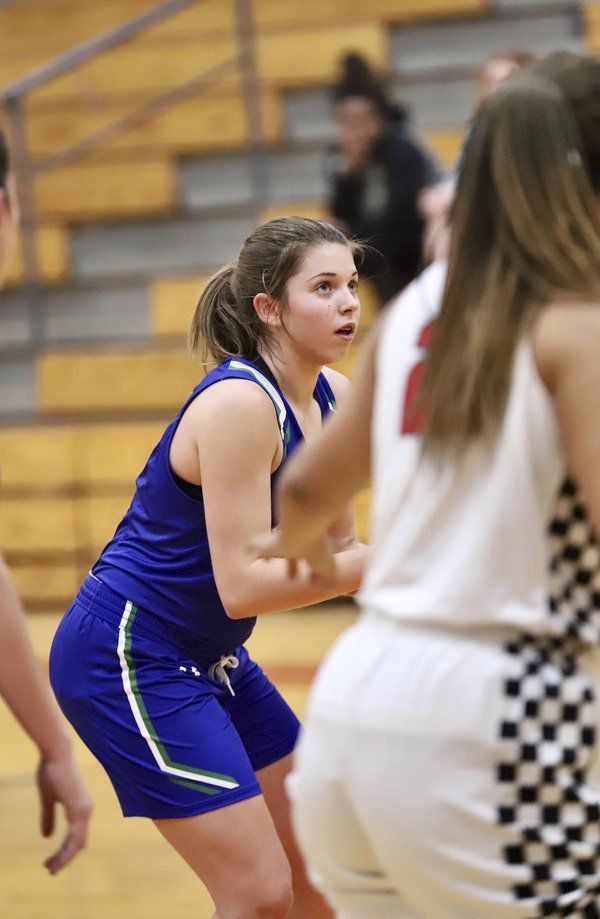 Seventh-grader Halle Collins continues to put up impressive numbers. She leads No. 1 ranked North Laurel with a 12.6 scoring average and a 6.8 rebounding average. | Photo by Les Dixon 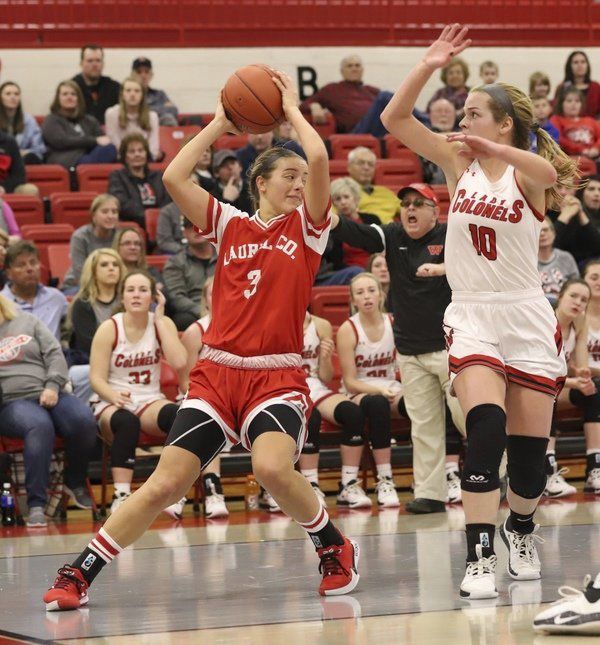 Seventh-grader Halle Collins continues to put up impressive numbers. She leads No. 1 ranked North Laurel with a 12.6 scoring average and a 6.8 rebounding average. | Photo by Les Dixon

The Lady Jaguars are the hottest team in the region by reeling off 12 straight games. Their closest game during the stretch was a 19-point win over Perry County Central back on Dec. 9.

Seventh-grader Halle Collins continues to put up impressive numbers. She leads the team with a 12.6 scoring average and a 6.8 rebounding average.

The Lady Cardinals suffered a huge blow last week when they found out they'd be without the services of senior Ally Collett for the remainder of the season after she suffered a partially torn PCL.

After receiving the news, South Laurel responded the next day and handed Whitley County a 79-43 loss.

Senior Sydnie Hall scored 25 of her game-high 30 points during the second quarter and finished eight 3-pointers while senior Amerah Steele recorded her 2,000th point in the win over the Lady Colonels.

The Lady Bobcats are quietly putting together a solid season behind coach David Teague.

Bell County won the Class 2A Sectional title by defeating McCreary Central at home, 63-42, as Talyah McQueen led the way with 18 points and 13 rebounds.

Bell County is some important games coming up. it's going to be interesting to see how the Lady Bobcats fare down the stretch.

The Lady Tigers took one on the chin Friday, losing to 49th District rival North Laurel, 63-33.

James Burchell's squad jumped out to an early 6-4 lead in the first quarter and never scored again until the third quarter.

Clay County responded the next day by defeating Berea, 51-19.

Senior guard Lillie Hall won MVP honors and continued to show why she is one of the best players in the region.

The Lady Mountain Lions picked up a big win over Jackson County last week but fell in the semifinals of the 13th Region All 'A' Classic Girls Tournament to Williamsburg, 62-48.

It just seems like Pineville can't get the big win that they need to move into the top five of the rankings.

The Lady Generals reaches the finals of the 13th Region All 'A' Classic Girls Tournament before falling to Williamsburg, 58-47.

Jackson County is 2-4 during its past six games and three big games coming up against East Jessamine, No. 1 North Laurel, and No. 10 Whitley County,

The Lady Redhounds had a good chance of moving up in the rankings but dropped a 52-41 decision to McCreary Central during last week's Class 2A Sectional semifinal. Corbin has beaten the Lady Raiders earlier in the season on the road, 64-56.

The Lady Colonels are struggling. I still have them ahead of Harlan County, since they did defeat the Lady Black Bears earlier this season.

Whitley County has dropped six straight games, including district losses to both Corbin (72-69) and South Laurel (79-43). The last time they've won a game came back in Dec. 21 against Murray.

The Lady Black Bears are losers of two straight after putting together an impressive four-game win streak. They're currently on a 10-day break from playing any games and will be back in action Friday on the road against No. 8 Corbin.