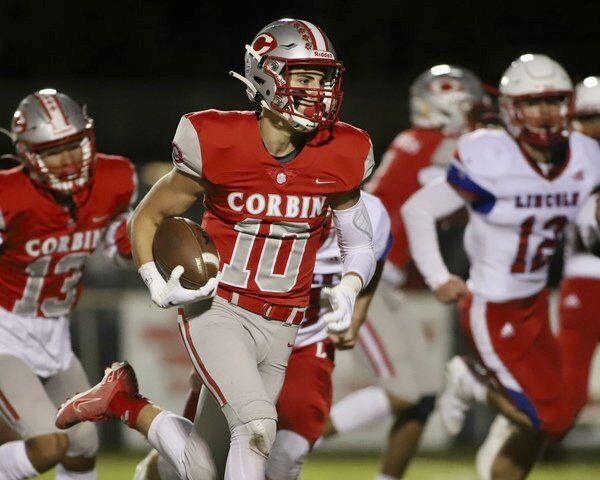 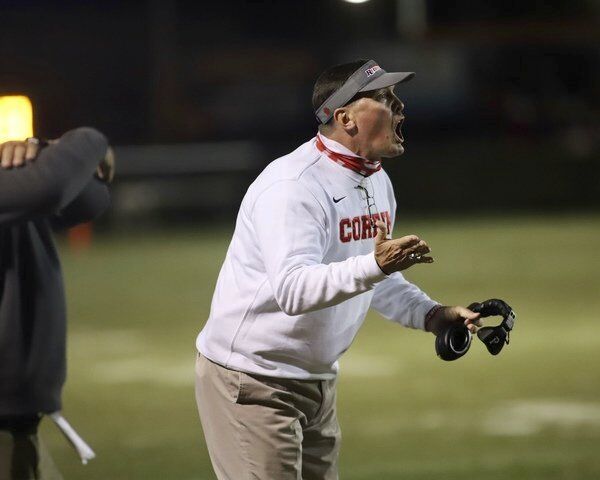 CORBIN — A familiar opponent will be traveling to play Corbin on Friday during first-round action of the Class 4A playoffs.

The top-seeded Redhounds will host Lincoln County, a team that almost pulled off an upset when the two teams met on Oct. 16, before falling, 14-8.

Corbin coach Tommy Greer said his team used the extra week off to their advantage while preparing for the Patriots.

“The off week was good for us because the players came to work every day and were enthusiastic,” he said. “It was a very productive week. Last week felt as normal as is possible right now. We were physical this week and focused on our own growth since we didn’t know who or when we would be playing.

“Last summer, we began not knowing if we were going to have a season at all, to being able to start preparing for a shortened season and our players really took hold and made every day count,” he added. “Our coaches and players learn from each game and really try to focus on getting better individually and as a football team. I’m starting my 30th year and I have never dealt with or been a part of a season like this. I guess we would call it the season of the unknown.“

Greer acknowledged he likes where his team is at entering the playoffs. Corbin has won six straight games, including going a perfect 3-0 during the stretch against district teams.

“I don’t know if we could be in a better situation coming into the playoffs,” he said. “But we have to have 100 percent full-focus on Lincoln County and take care of that game before even worrying about the next week.

“We are excited about the playoffs starting and knowing the direction we’re headed,” Greer added. “We just have to take care of ourselves and come out and give great effort and play very physical. We will be lead by our senior players who have done a wonderful job making sure that we’re prepared and focused on the game at hand.”

During the two teams’ first meeting, Corbin needed two goal-line stands to preserve a 14-8 win over the Patriots.

Lincoln County outgained the Redhounds in total offense, 275-267, while rushing for 263 yards.

Corbin ran for 218 yards with 150 of those coming from Seth Mills, who also added two rushing touchdowns.

“Lincoln County has a solid football team and we had to engage in four quarters to pull out the win the last time we played them,” Greer said. “We have to play much better defensively than we did the first time. We had a hard time stopping them until they got into the red zone.”

“I would like to congratulate Coach Brent Jackson and the middle school coaching staff and football players on making it to the championship game Saturday,” he said. “They had a big-time win Saturday at Taylor County. The crowd could see the fight in the players and coaches. Go Rrdhounds.”