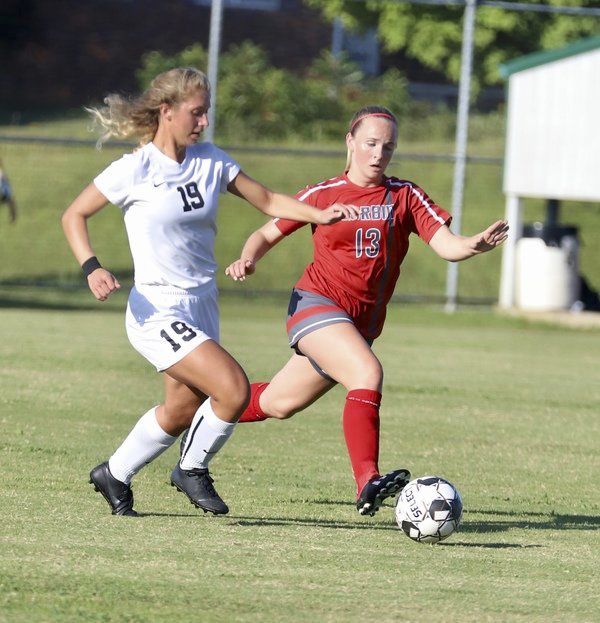 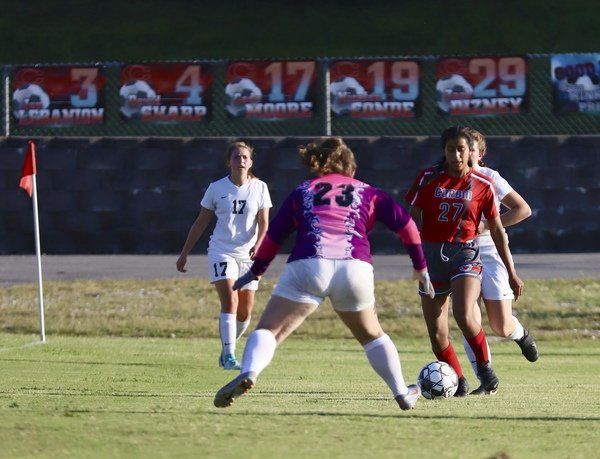 Corbin's Guadalupe Campos attempted a shot during first half action of Tuesday's match versus Whitley County. | Photo by Les Dixon 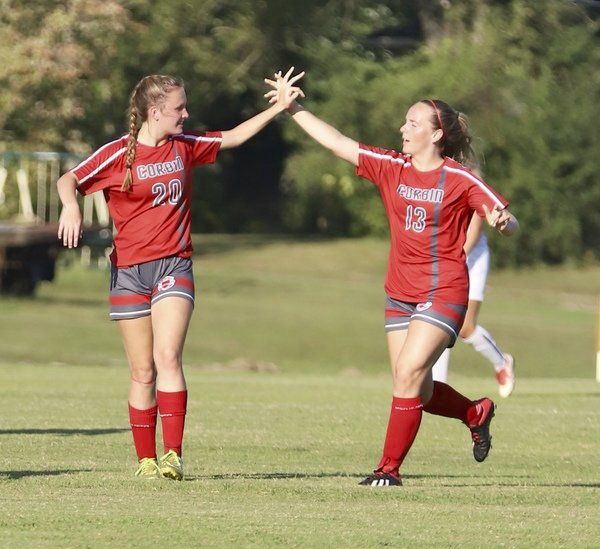 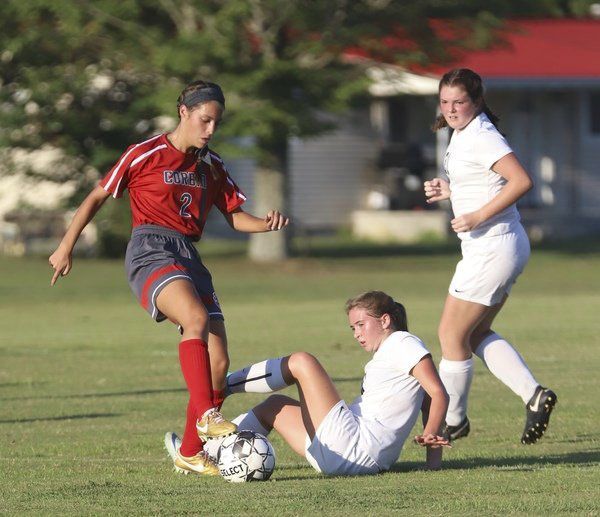 Corbin's Guadalupe Campos attempted a shot during first half action of Tuesday's match versus Whitley County. | Photo by Les Dixon

CORBIN — With last year’s 3-2 loss to district rival Whitley County still in the back of their mind, the Corbin Lady Redhounds entered Tuesday’s matchup between the two teams with a chip on their shoulder.

Corbin wanted some revenge, and coach Hannah Goins’ squad got it by scoring three goals during the game’s first 20 minutes and never looking back as the Lady Redhounds handed the Lady Colonels their first loss of the season with an 8-0 victory.

“We had been struggling, but we finally came out and played like I knew we could,” Goins said. “It feels really good. It’s great to get some offense going tonight and get some goals.

“We have been working hard to get better and we dropped some tough games early,” she added. “I think the girls were motivated today to play hard after last year. Whitley is a good team and I was nervous coming into this.”

The two teams were on opposite ends of the spectrum coming into Tuesday’s 49th District matchup.

Whitley County entered with a perfect 6-0 mark while outscoring its opponents 41-8. Corbin limped into the contest with a 1-5 record while being outscored 27-3 and 23-0 during its last four games.

But those numbers didn’t mean much once the two teams stepped on the pitch.

The Lady Redhounds’ Anna Dotson and Grace Gibson scored a goal apiece to give Corbin a 2-0 edge with 24 minutes remaining in the first half.

Olivia Jones added a goal minutes later while Gibson added two more goals during the final 10 minutes to increase the Lady Redhounds’ advantage to 5-0 at halftime.

Jones started where she left off in the first half by adding two more goals during the first five minutes of the second half while Clara Finneseth put the finishing touches on the eight-goal win late in the match.

Both Gibson and Jones each scored three goals apiece while Dotson and Finneseth each scored one goal apiece.

“After last year’s loss, we came out motivated and we wanted it,” Goins said. “We came out and played hard and never stopped.

“One of the big things for us was to be able to play a full game,” she added. “To be able to come out and play a full 80 minutes was a big goal that we’ve been working on. It was really good to get this win. We want to continue this momentum heading into our other district games, so hopefully, we can keep the momentum and build off of it.”

The Lady Redhounds are scheduled to be back in action at home Thursday against George Rogers Clark while the Lady Colonels will pay a visit to Casey County.