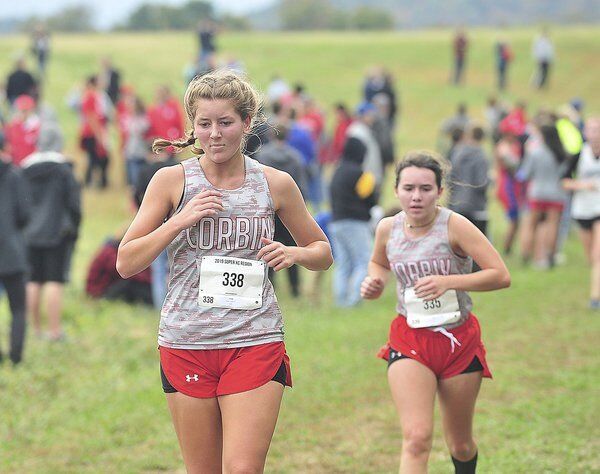 Corbin coach Tyler Harris feels his Lady Redhounds have the ability to turn in a successful season this fall. | File Photo 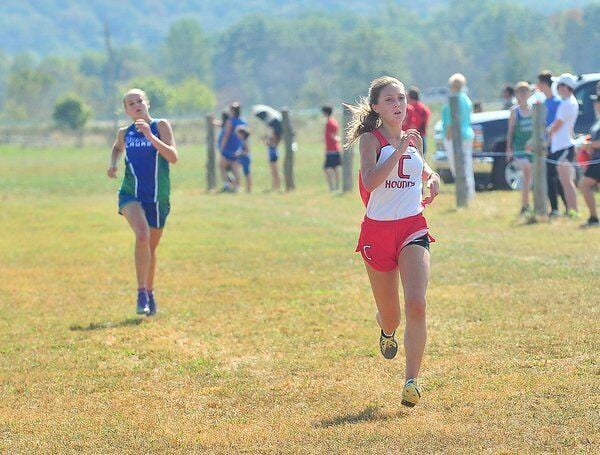 Corbin's Hannah Morton is considered one of the top runners in Class 2A. | File Photo

Corbin coach Tyler Harris feels his Lady Redhounds have the ability to turn in a successful season this fall. | File Photo

Corbin's Hannah Morton is considered one of the top runners in Class 2A. | File Photo

CORBIN — Corbin girls cross country coach Tyler Harris is pleased with what he has seen out of his team heading into the fall season.

Harris admitted his Lady Redhounds have adapted well to the new guidelines his team has to go by due to the COVID-19 pandemic.

“I think they’ve responded very well,” he said. “It’s been different but has created an opportunity to take responsibility for their training and work in developing their intrinsic motivation. I feel like this has been a dedicated and responsible group and they have made the proper efforts to train to a level that would meet personal and team expectations.

“The first week was unusual and we have made a few tweaks here and there but we’ve all handled it and adjusted pretty well considering,” he added. “I think we’ve bonded over the new look of practice. It has put an interesting twist on things and we’ve all been able to connect over that."

Despite some changes to the way they practice compared to years past, Harris said his kids are “working incredibly hard and are in great shape at this point in the summer.”

“The majority of the team has been at practice every time we have had it, so that’s been nice to see,” he admitted. “I think they are starved for the setting and have craved the structure and being around teammates. I’m very proud of the progress they have made especially since I asked them to do roughly six weeks of training on their own. Because of that I certainly don’t think they are taking anything for granted because you realize just how much you miss being together as a team and just how necessary it is to have teammates to train with and push each other.

“I’m looking forward to seeing what these girls can do this season,” Harris added. “We have been building for 2020 and I believe in this group — this is their year to take the next big step. They are poised and ready to make a run at the region title and I know they have it in them to make some noise at state with a top 10 or even a top-five finish.”

Corbin has five seniors returning, which is a big number compared to years past, according to Harris.

“With having that many seniors comes a mature mindset and a little leadership in an amount that you don’t always have every year,” he said. “I think it can be one of the difference makers for us this season. Lauren Faulkner is a strong runner for us and very competitive, Lauren Steely and Taylor French are both excellent sprinters on the track so they bring an aggressive competitive edge to workouts and races.

“Nancy Jane Jackson is such a hard worker and brings a positive energy, and Allie Pennington is a hard worker who knows how to persevere and has a great attitude,” Harris added. “All of these girls are incredible assets and share so many of the same qualities which is why we have such strong unity. The bond and desire to achieve a common goal is what makes this team special and fun to coach. I could go on and on about each of these girls. Very proud of them and they are a pleasure to be around. They all have an opportunity to contribute in a big way for us this year and fully expect them to work hard and meet their potential and do that for us.”

Harris said his entire team is the key to success this season.

“Much like the guys all of my girls are key. Again, daily competition drives what we do. These girls need to push one another and to be pushed to make the jump,” he said. “It’s just really important to have all of our girls locked in all of the time and fighting for a spot. The work and effort at which it’s done is the vessel. How far they go will be up to the group.

“We had several girls who came on strong for us at the end of the season last year,” Harris added. “Hannah Morton, Mary Hope Jackson, Lauren Faulkner were all solid at region and state. Taylor French stepped up late and Nancy Jane Jackson has consistently been a major contributor for us. Look for these girls to do great things this year along with several of their teammates who are flying under the radar. We will be able to put together a very competitive group of nine or 10 girls that can mix it up with anyone.”

Harris said he believes in his team, and the Lady Redhounds have the talent to make noise this season, but one of the keys will be, “coming together and realize how special they are and how good they can be.”

“This team doesn’t lack in ability but they need to remember that they belong at the top of any race they are in. Confidence will be key and trusting their training is vital. Trust and believe and do it together,” he said. “I also want to give a shoutout to my assistant coaches for all of the hard work they put in. They are an extension of me and it’s very comforting to know they share the same goals, passion, and intensity that I do.

“I also want to praise and thank the parents of these kids for supporting them and our program,” Harris added. “Getting them to and from practice amongst the new look of things probably hasn’t been easy but I truly appreciate their efforts and all they do for Corbin Cross Country.”