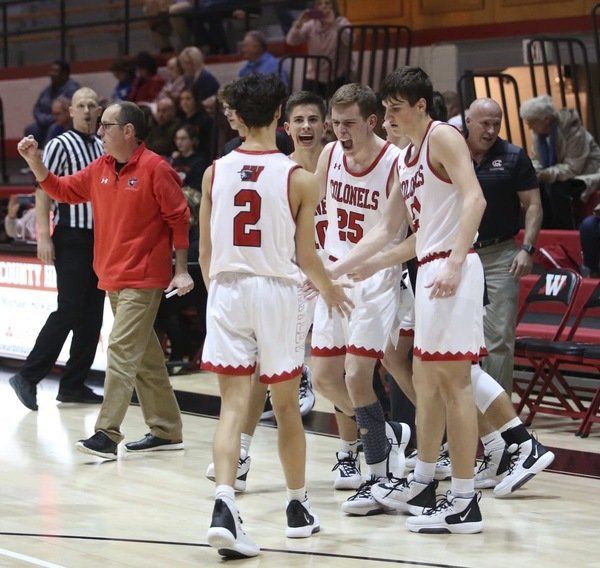 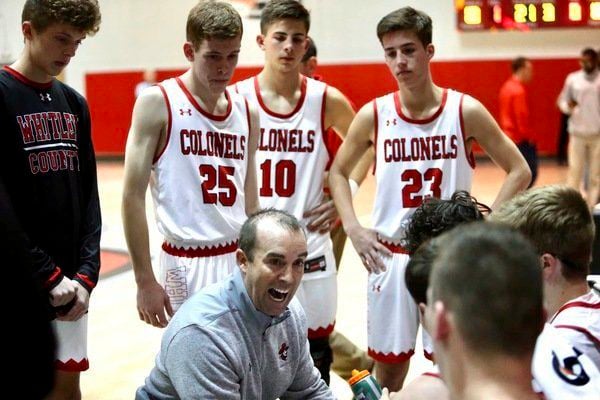 Whitley County coach Jerry Overbey gave instructions to his players during the Colonels' matchup with Model on Tuesday. | Photo by John Crisologo

Whitley County coach Jerry Overbey gave instructions to his players during the Colonels' matchup with Model on Tuesday. | Photo by John Crisologo

Opening night for the Whitley County Colonels boys basketball team was more like a district tournament atmosphere when they hosted the Model Patriots and won 97-88 in a double overtime thriller.

“This was a good win. We are a very young team. We start five sophomores and our first three players off the bench are all freshmen,” said Overbey. “We had three starters foul out late in the game and we had kids come in and step up. It would have been tough on them to fight that hard and lose the game, but they overcame that adversity and won.”

The Colonels had different players step up and come through at various points throughout the game, but perhaps none bigger than sophomore guard Gray Estes. Estes scored a team-high 21 points, with all of them coming in the fourth quarter and the two overtime periods. In addition to Estes, Whitley County had four others players reach double figures. Jack Estes scored 19 points and Seth Mills finished with 16. Trevor Downs had 14 points, while Ethan Keene came off the bench to add 11.

Whitley County jumped out to an early 20-17 lead after the first quarter, thanks to a strong start by Downs, who scored six points in the opening period. Grant McNeely and Jack Estes combined to score 11 points in the second quarter, but Model was able to put together a nice run that gave them a 37-36 edge heading into halftime.

The Colonels struggled to get much going on the offensive end in the third quarter, connecting on just five field goals, and falling behind 58-52 entering the fourth.

Overbey said that because the game was close and went into two extra periods, he needed to get big minutes from all of his rotation during the game in order for them to win, and that is exactly what he got.

“Gray was big for us tonight. He really stepped up and played well in the fourth quarter and in overtime. Ethan Keene was another player that played well for us, especially when we had some starters go out with foul trouble,” said Overbey. “That is what we needed tonight. When we had players go out of the game, we needed other players to come in and contribute. We were able to get that tonight.”

Whitley County found themselves down by as much as nine points in the fourth quarter, but that is when Gray Estes took over, scoring nine points in the period and powering the Colonels back to tie the game at 73-73 as zeroes flashed on the scoreboard.

After the back-and-forth battle of the first overtime, Whitley County settled in and took complete control in the second overtime period. Gray Estes scored five points and Downs added four, as the Colonels finally came away with the 97-88 victory.

Overbey said it was great to get the win, not just for their win-loss record, but for the young team’s confidence as they move forward.

“Any time you get a win, it gives you confidence to go out and do it again,” said Overbey. “To get the win in a game like this will do even more for our players.”