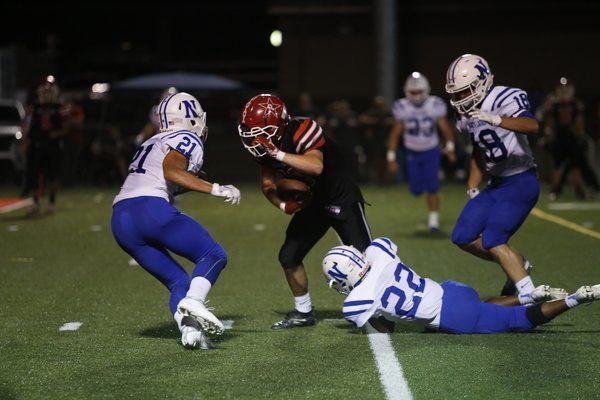 The North Laurel Jaguars should be gearing up for spring football but last week the KHSAA sent out an announcement that the 2020 spring football practices were being eliminated due to the COVID-19 pandemic. | File Photo 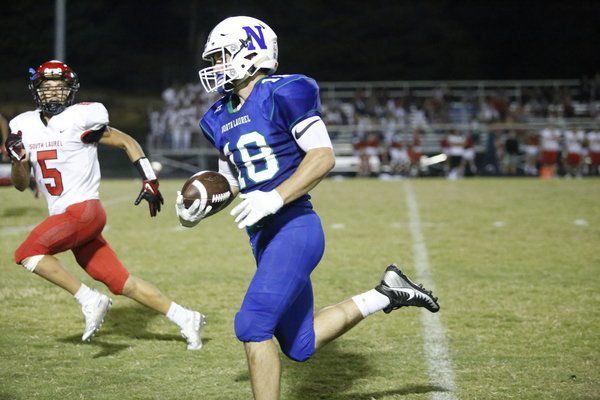 North Laurel Coach Chris Larkey is hoping his players will continue doing workouts and weight lifting while school and practices have been canceled to keep in shape. | File Photo

The North Laurel Jaguars should be gearing up for spring football but last week the KHSAA sent out an announcement that the 2020 spring football practices were being eliminated due to the COVID-19 pandemic. | File Photo

North Laurel Coach Chris Larkey is hoping his players will continue doing workouts and weight lifting while school and practices have been canceled to keep in shape. | File Photo

After the Kentucky High School Athletic Association announced the elimination of the 2020 spring football practices last week, North Laurel Coach Chris Larkey is hoping his players will maintain what they have built on so far in the offseason.

Normally, the North Laurel Jaguars would be preparing to start their spring football practices which Larkey and his coaching staff use as a scale to determine where their players are.

“It gets the aggression out of the kids that has been building up all year,” Larkey said of spring practice. “They have been lifting weights, they have gotten bigger, they have gotten stronger and they want to go out there and hit somebody. We know who can hit but it allows our kids to get out there and show us more. It lets us do drills in full pads, which is good for them because they have to get used to the pads again. That’s the big thing, getting pads on, getting out there and having fun and not worrying about learning plays, just basically just having fun on spring practice.”

Though Larkey said spring practice is a good chance to see how his players are looking, the cancellation of spring football practices likely won’t impact the team too much, as all teams will be missing these same practices.

“I don’t think it hurts us,” he said. “I think it hurts everybody equally because right now nobody is allowed to have any contact with their players, you can’t go out and do workouts, so that’s going to for everybody in the state — everybody is at the same disadvantage. All we can do is contact our guys with what they need to be doing and making sure that they keep working out, not losing what they’ve gained all winter.”

Larkey said that the most important thing will be that his players continue working out and lifting weights to stay in shape and not lose all the work they have been putting in in the offseason. To do that, Larkey and his coaching staff have been sending their players different workout plans and videos to do while school and practices are canceled.

“They are not all going to go above and beyond, that’s for sure,” he said of his players. “But for the ones that do, they are going to be in better shape and then they’ll be ahead of the others and that person will be at an advantage.”

Though Larkey said he has been warning his players that the cancellation of spring football was likely to happen at some point, he doesn’t know how or if this outbreak may affect the 2020 football season.

“People can speculate all they want. We may get in there and they tell us our season has been shortened down to half a season and we’ll go straight into our districts and then into the playoffs or it may just pass over and it may be fine some time in July or August. That’s the thing, though, nobody knows.”