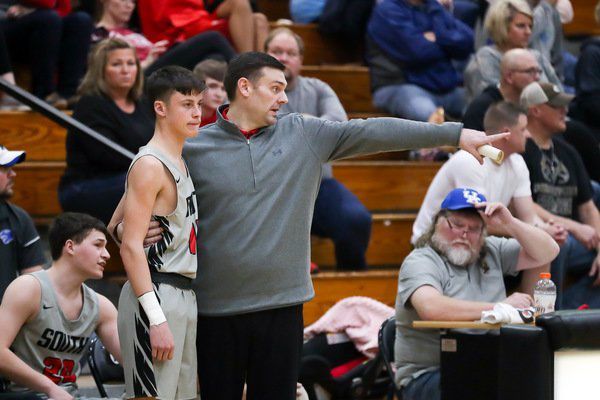 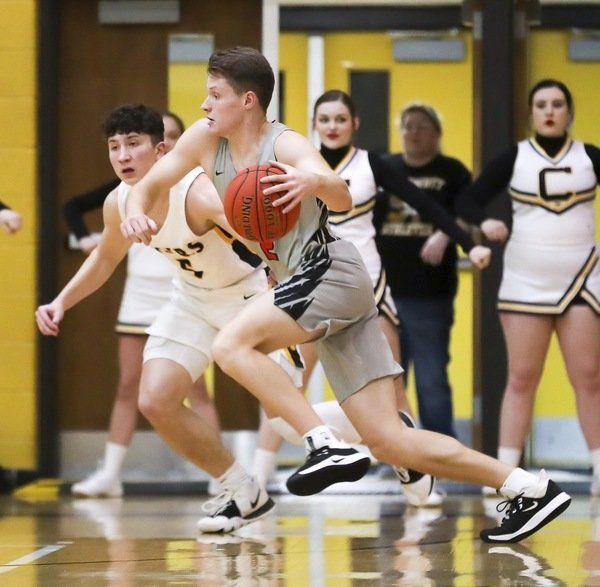 MONTICELLO — After falling behind at the end of the first quarter, the South Laurel Cardinals put together a strong performance in the second and third quarters to put away Wayne County in a 65-54 win on Monday night.

The Cardinals are coming off two consecutive games against Clay County in which they split wins with the Tigers. Other than a 28-point win over Williamsburg, each of South Laurel’s past six games have come down to the fourth quarter. Coach Jeff Davis said he built a schedule that would prepare his team for the postseason, and that is paying off midway through the year.

“One thing we wanted out of this schedule was to play different teams and different styles of well-coached teams that are going to make you grind it out,” said Davis. “We are now 16 games into the season and our kids are figuring it out that you can’t take any possession for granted. Our guys are focused and understand what it takes.”

Heading into Monday night’s game, Davis said his team planned to limit the three-point shooting of Wayne County, especially their leading scorer Thomas Spencer, who is shooting close to 50-percent from behind the arc this season. The Cardinals not only limited Wayne County but knocked down 10 three-pointers of their own in the win.

Matthew Cromer led all scorers with 36 points, with five three-point shots made. Brett Norvell finished the game with 12 points, while Micah Anders added eight. While Spencer scored 37 points for Wayne County, they had no other scorers in double figures.

“Our main concern coming in was trying to limit their outside shooting. They shoot the ball at a high percentage,” said Davis. “We wanted to take everyone away and do the best we could on Spencer. He got some looks, but no three’s that would give them momentum. We did a good job on everyone else.”

Wayne County jumped out to a 13-10 lead after the first quarter, but South Laurel picked up the pace in the second quarter and never looked back. Cromer scored 11 points in the second and Anders knocked down a big three-point shot to put the Cardinals on top 30-25 at the half.

South Laurel came out of halftime on fire and was able to extend their lead. Norvell knocked down two three-point shots and Anders added another, while Cromer had three of his own, as South Laurel put together their best performance of the night. With a 13-point lead heading into the fourth quarter, the Cardinals were able to cruise to the 65-54 win

Davis said he liked the way his team competed against Wayne County and put together a solid performance after the slow start.

“Our guys played well. Wayne County is a well-coached team, but our guys stayed composed and did a good job playing together,” said Davis. “In the first quarter, we were getting a feel for them, and had some shots not fall for us. We grinded and got the job done.”

With the win, the Cardinals are now 12-4 on the season. They will return to action on Friday, playing host to Barbourville.