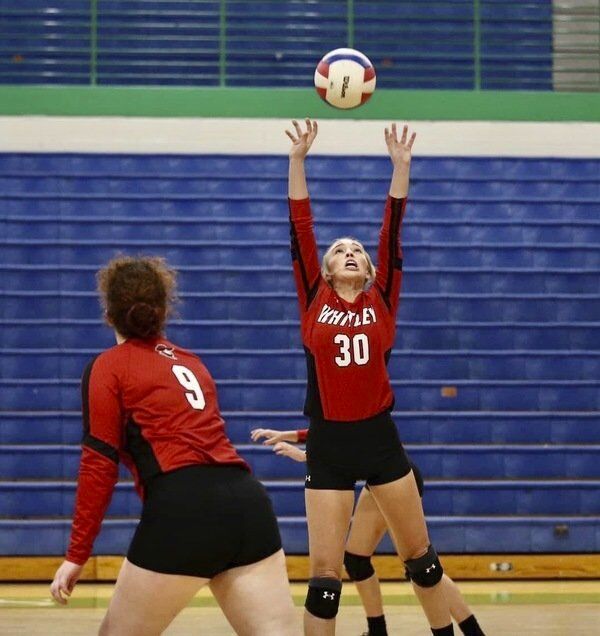 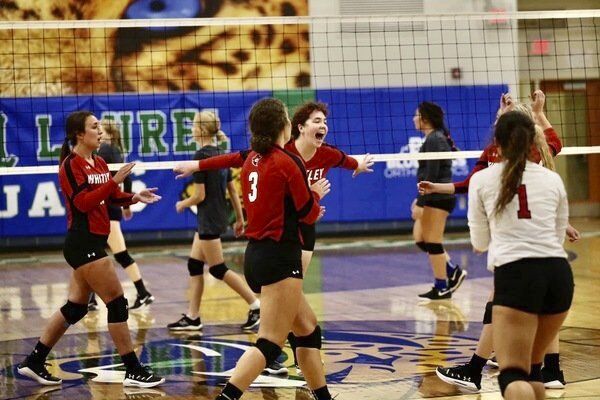 The Whitley County Lady Colonels went on the road to North Laurel and came away with a three-set win over the Lady Jaguars in a tightly contested matchup.

The Lady Colonels were coming off a 2-0 win against the McCreary Central Lady Raiders last week and had won three of their last four. Because of the rise of COVID-19 since the beginning of the school year, and some injuries along the way, Whitley County has not had a full roster for much of the season.

Coach David Halcomb said it was nice to have his entire team back on the court and participating in a big win against North Laurel.

"It was a good win for us. This was the first match where we have had our full group of players all season," said Halcomb. "It gave us some depth and an opportunity to see some players in some different positions."

Whitley County was in control for most of the three sets, but North Laurel made a game of it. The Lady Colonels took the first set 25-20, before pulling away in the second and winning 25-14. The third set came down to the wire, with Whitley County pulling it out late, taking it 26-24.

Halcomb said he thought the beginning and the ending of the match was not up to par, but was happy with the way his team battled, overall, giving credit to the Lady Jaguars for their effort on the night.

"I thought we started a little sluggish, but then soon got to playing like we are capable of. We got really lackluster in the third set," said Halcomb. "Give North Laurel credit as they fought hard and played well. Even though we didn't play well in the third set, I was proud of our girls for generating enough energy late in the set to pull it out."

With the win, Whitley County is now 7-2 on the season. They return to action Tuesday, taking on the Cumberland Homeschool Athletic Team, who defeated the Lady Colonels in first sets earlier this month. It will take a big effort for the Lady Colonels to avenge the loss.

"Hopefully, we will learn that we have to stay focused throughout the entirety of a match," said Halcomb.