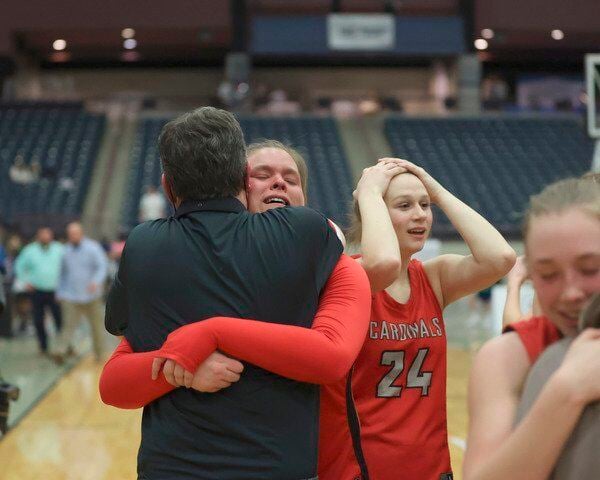 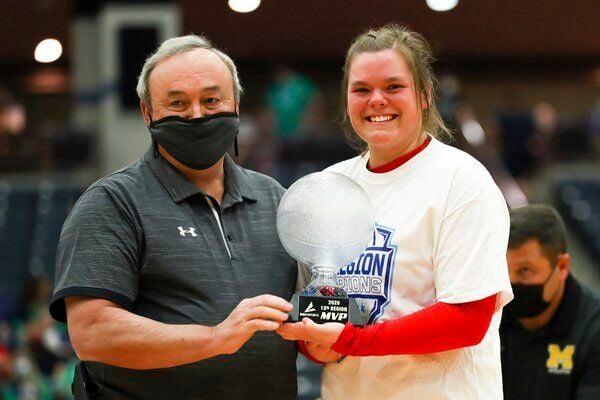 The sudden loss of her father, combined with a rollercoaster of a season that saw the Lady Cardinals start with a 1-5 mark, was a lot to put on a teenager, but Presley continued to put her nose to the grind, which led to her becoming someone her teammates could count on when the going got tough.

All of the heartbreak, hard work, and Rachel Presley put in led to success she had on The Corbin Arena’s floor this past week, which ultimately included her winning the 13th Region Girls Tournament MVP but more importantly, her team heading back to Rupp Arena for the second consecutive season.

“This is unbelievable,” Presley said with a big smile. “My teammates were able to get me the ball, and I was able to score. I wouldn’t haven’t been able to do any of this without my teammates. It’s really a great feeling. It’s been a tough season but we came out ready to play tonight.”

Presley admitted her father would have been the happiest person in the gym after South Laurel’s championship win.

South Laurel coach Chris Souder said he was impressed with how Presley took control of the game early in the first half.

“Rachel played fantastic. She came ready to play, and she played her best game,” he said. “Rachel was able to score a lot of big baskets early, and that was really big for us. She deserved the MVP (award tonight).”

With the state tournament a week away, Rachel Presley said her dad would be excited to see what she and her teammates could accomplish.