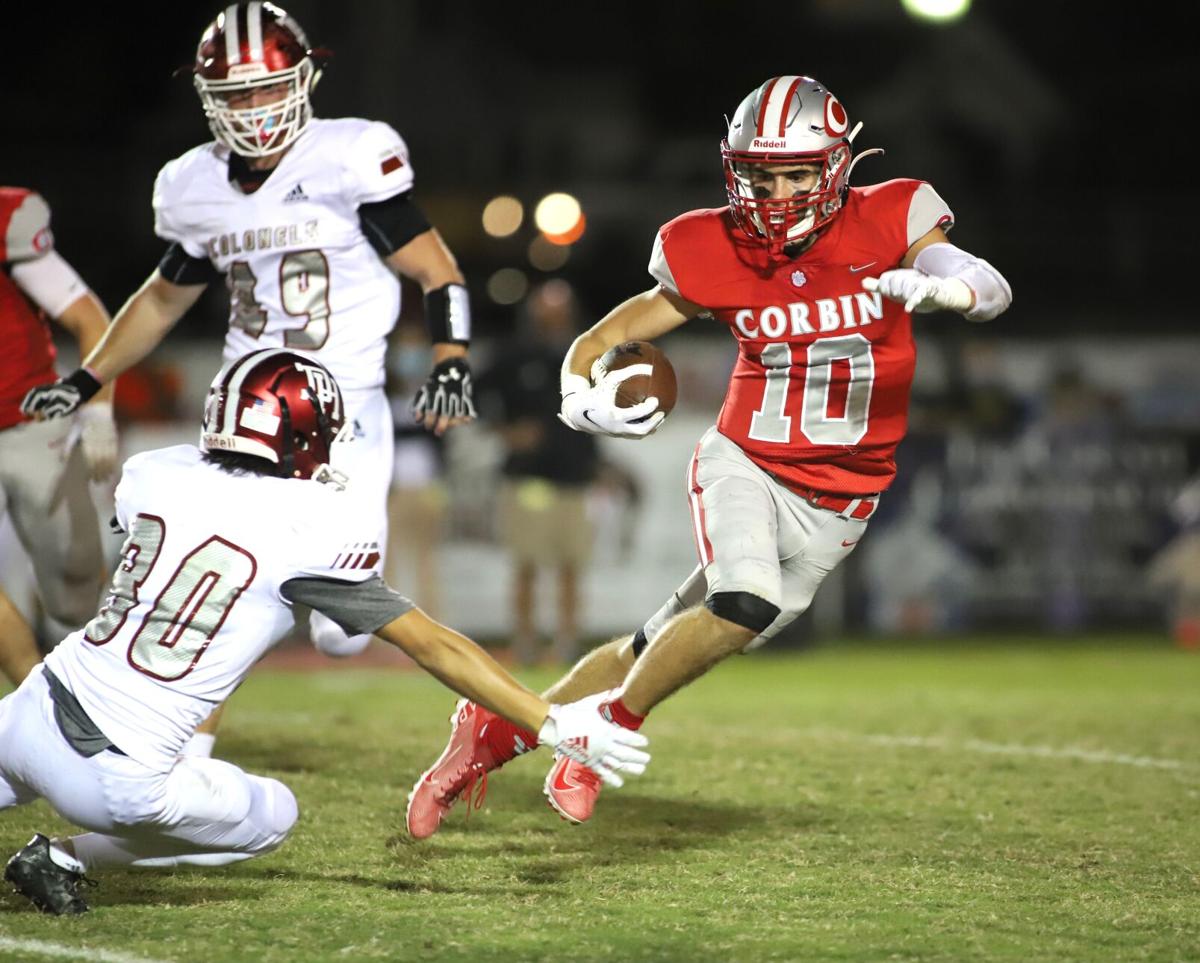 Corbin’s Seth Mills scored two touchdowns in the first half of Friday’s game against Dixie Heights. 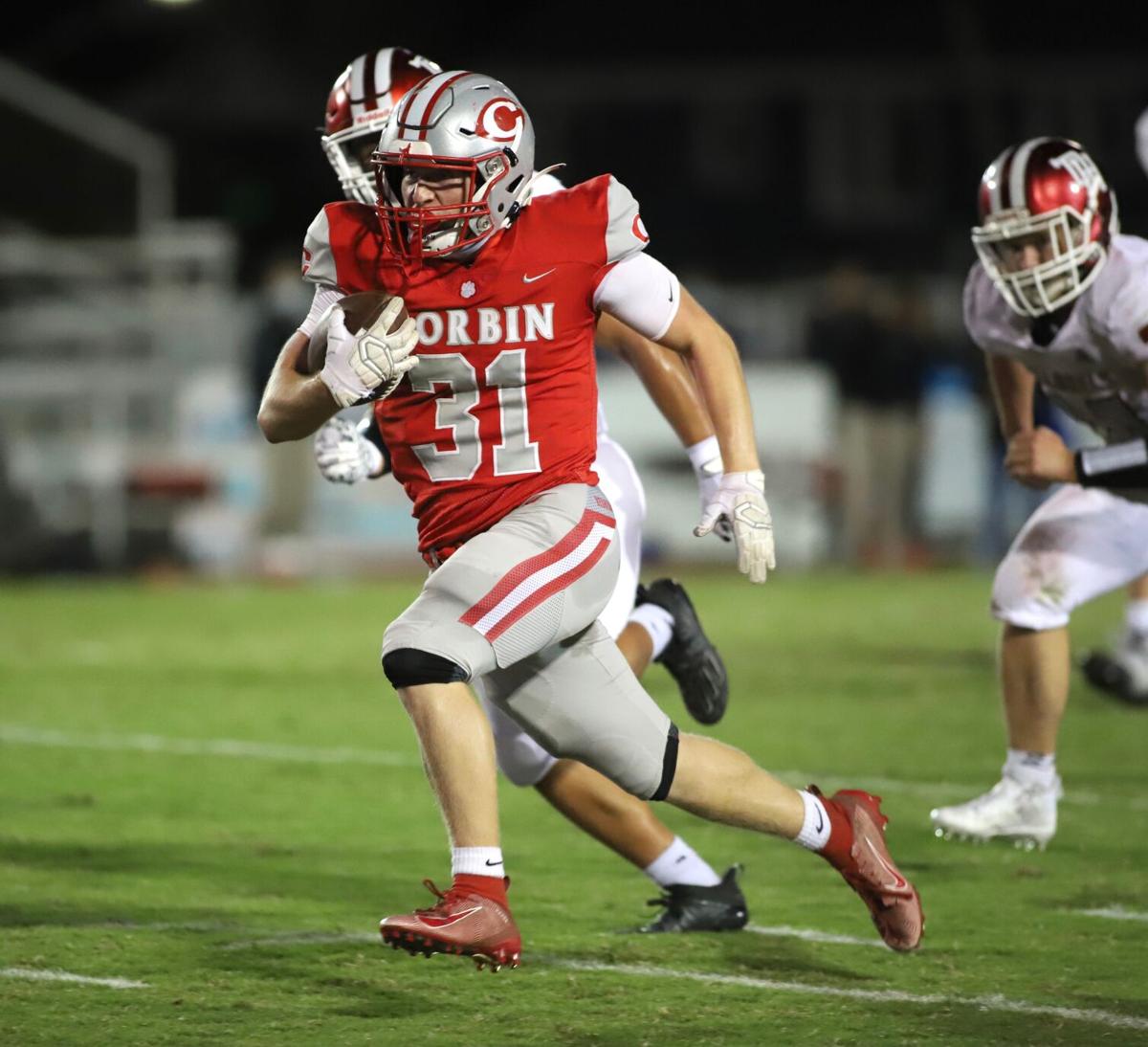 Corbin’s Blake Powers breaks through the line for a long gain during first half action of the Redhounds’ game against Dixie Heights. 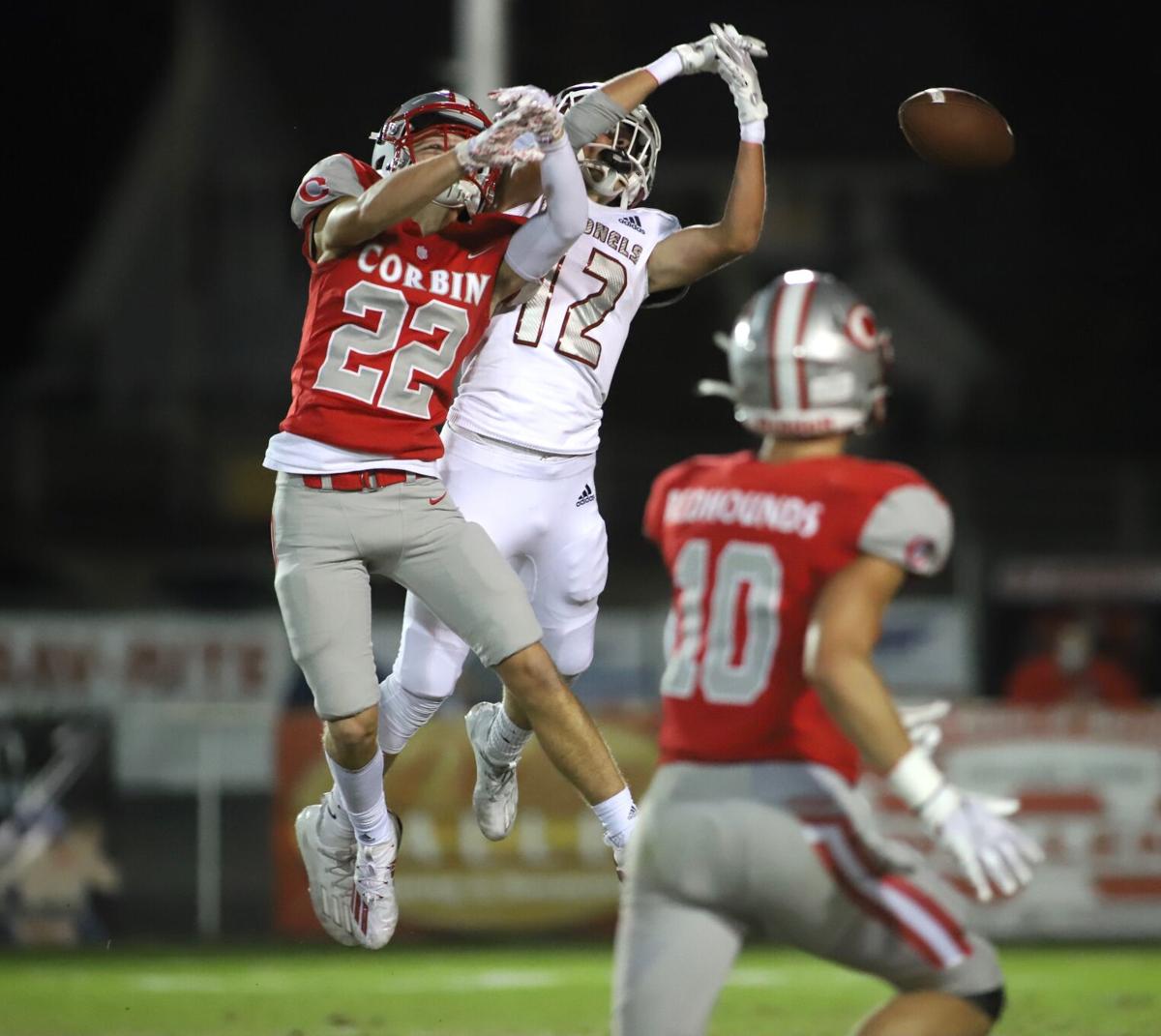 Corbin’s Seth Mills scored two touchdowns in the first half of Friday’s game against Dixie Heights.

Corbin’s Blake Powers breaks through the line for a long gain during first half action of the Redhounds’ game against Dixie Heights.

CORBIN — With Corbin staring at its first 0-2 start in nine years, the duo of quarterback Cameron Combs and Treyveon Longmire connected with a touchdown that will long be remembered as one of the biggest plays in Cumberland Falls Pigskin Classic history.

The Redhounds were trailing 22-20 with under a minute remaining when Combs hit Longmire for a 74-yard touchdown strike with 34 seconds remaining to give Corbin a slim 26-22 victory over a stunned Colonel squad.

Dixie Heights made an early statement to open the game by putting together a 14-play, 60-yard drive which was capped off by Pierce Roman’s one-yard touchdown run on fourth down. The Colonels added the two-point conversion to take an 8-0 lead with 4:11 remaining in the first quarter. Dixie Heights converted on two fourth-down plays to extend their opening drive.

The Redhounds answered with their own impressive drive.

Corbin marched 75 yards in 14 plays as Seth Mills’ 14-yard touchdown run cut his team’s deficit to 8-7 with 11:52 remaining in the second quarter.

After holding Dixie Heights on offense during its next two offensive possessions, Corbin was able to score again, thanks to Mills’ second touchdown run, to give his team a 14-7 advantage with 4:04 remaining in the first half.

The Colonels responded quickly on their next drive.

Dixie Heights wasted no time and found the end zone in less than four minutes after a 17-yard touchdown pass and another converted two-point conversion allowed the Colonels to regain a 16-13 lead at halftime.

The Redhounds were able to hold on to their four-point advantage until the 9:27 mark of the fourth quarter. Dixie Heights managed to find the end zone thanks to an 11-yard touchdown pass, which gave the Colonels a slim 22-20 advantage.

Corbin struggling to find the end zone with less than a minute remaining when Combs hit Treyveon Longmire for a 74-yard touchdown strike to give the Redhounds a 26-22 win.