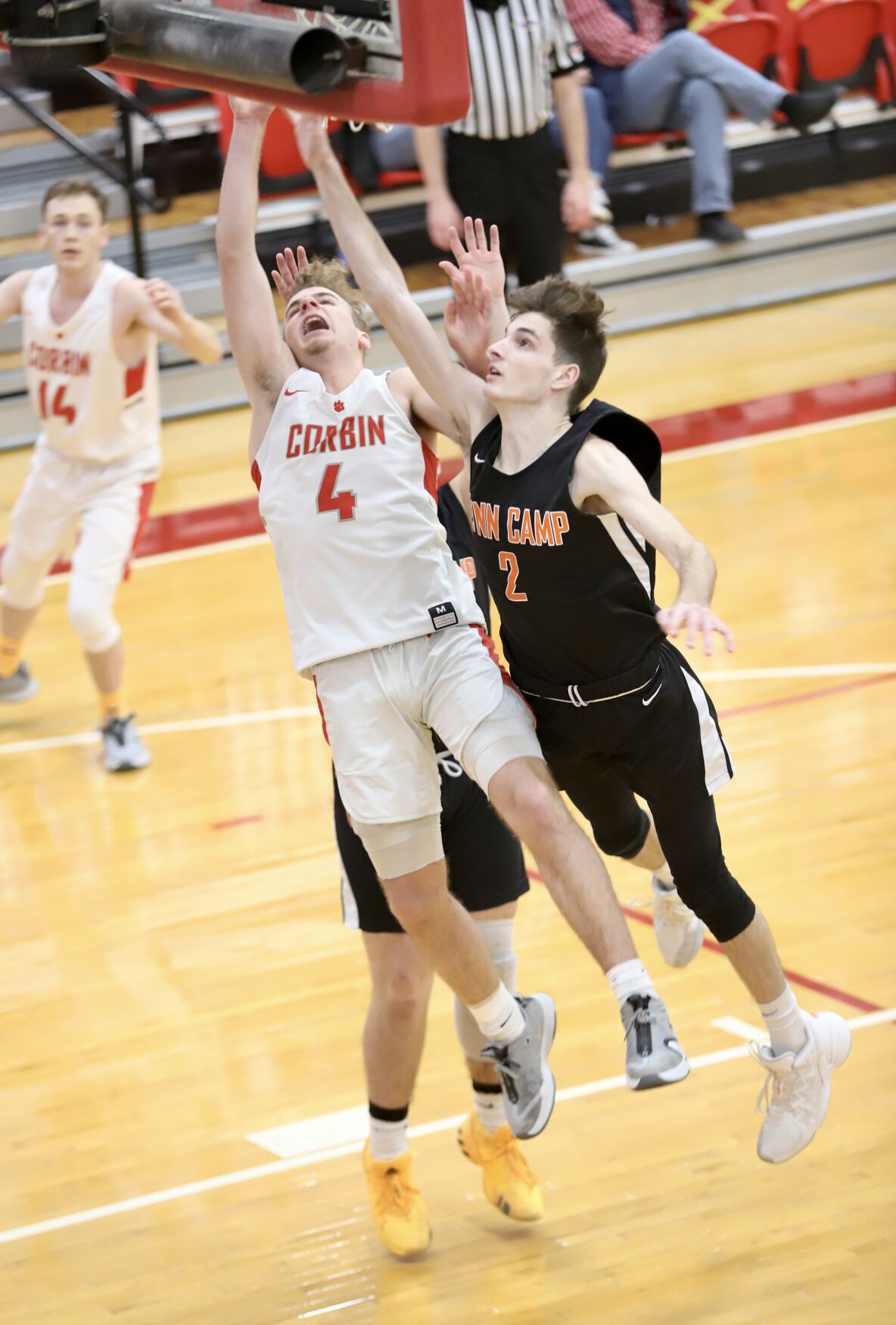 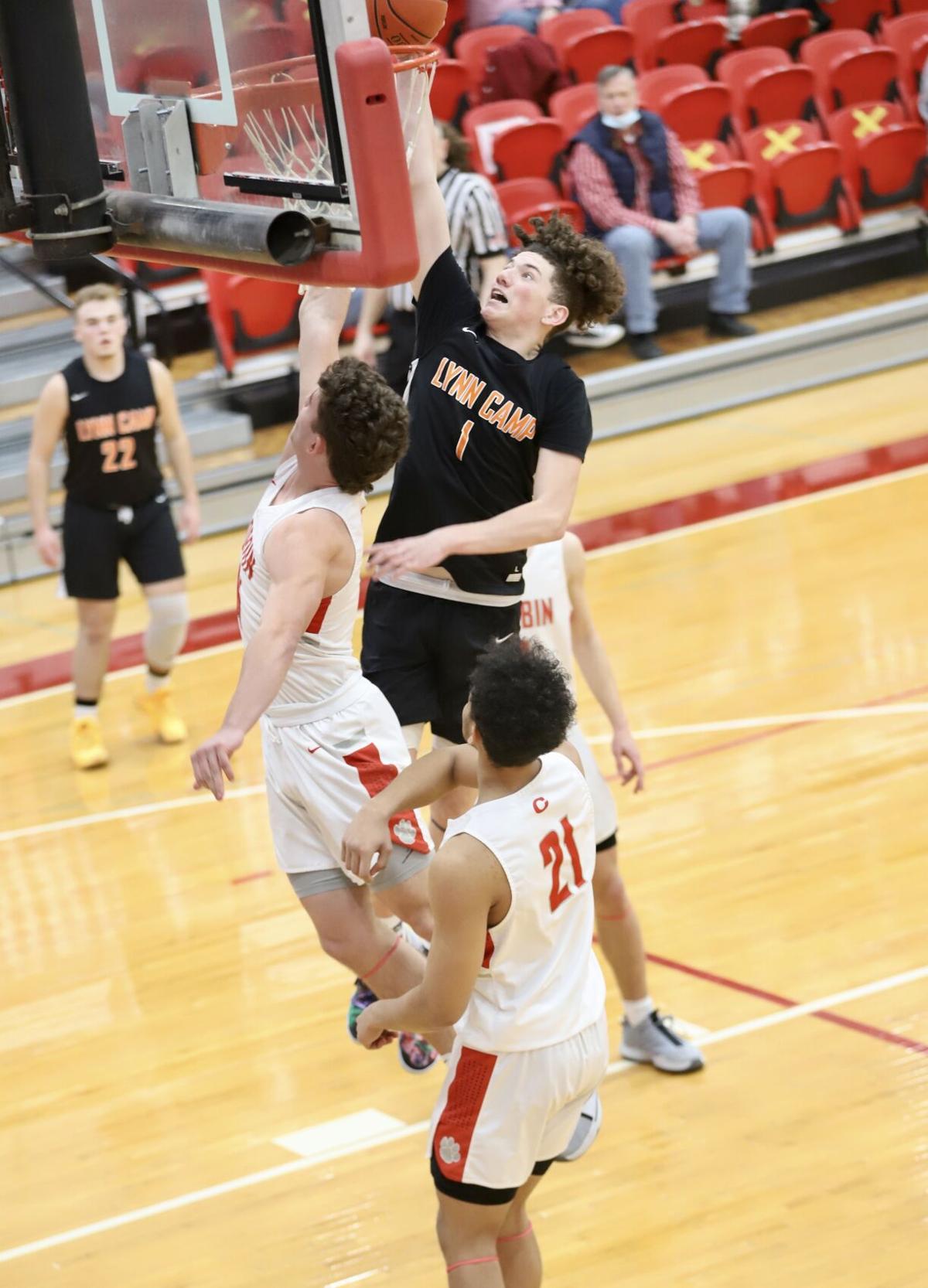 Lynn Camp’s Micah Engel attempted a dunk over Brody Wells during the Wildcats’ 80-51 loss to Corbin on Saturday. | Photo by Les Dixon 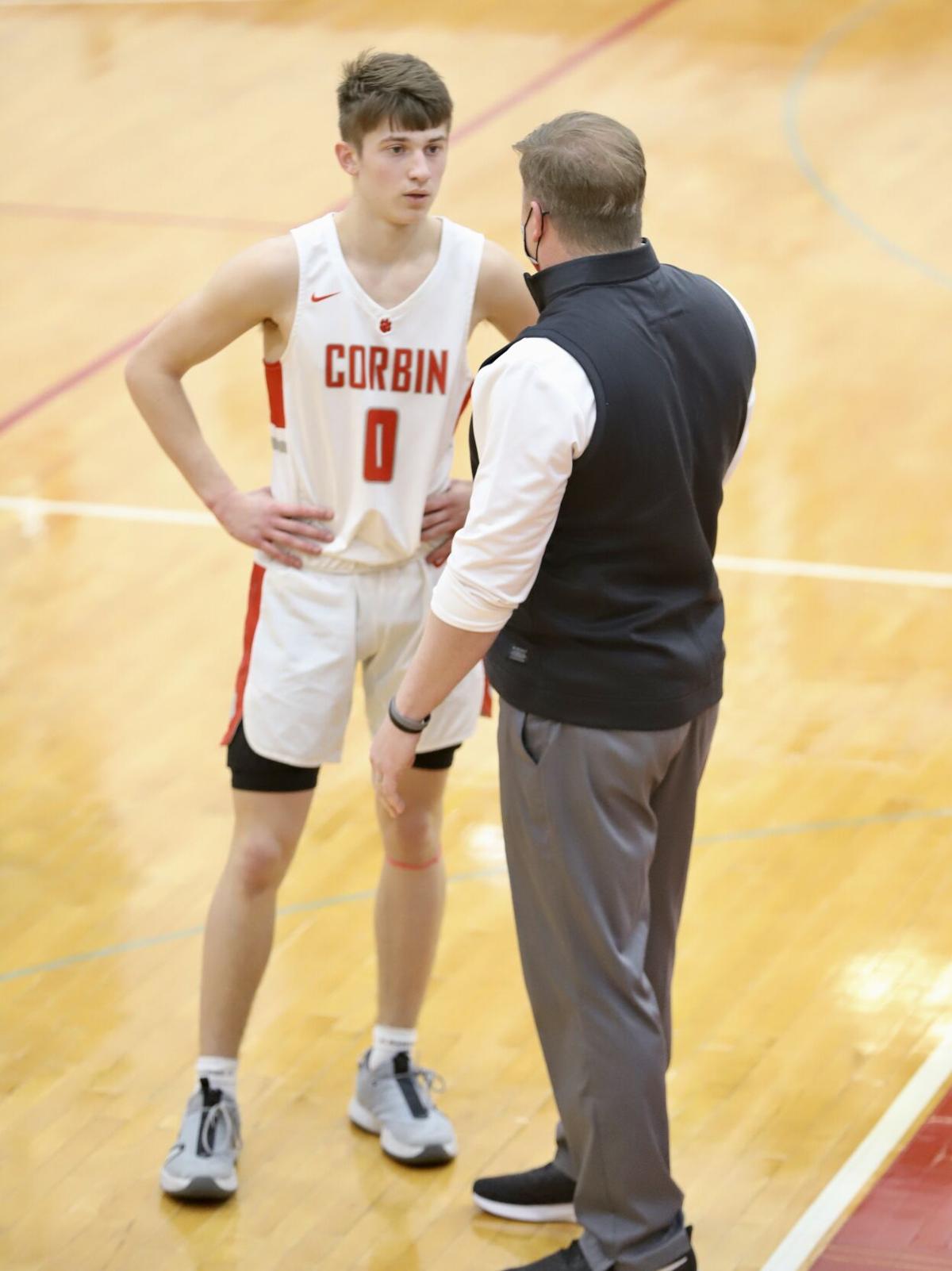 Lynn Camp’s Micah Engel attempted a dunk over Brody Wells during the Wildcats’ 80-51 loss to Corbin on Saturday. | Photo by Les Dixon

CORBIN — Tony Pietrowski’s Corbin Redhounds continue to fire on all cylinders after rolling to their fifth straight victory by defeating Lynn Camp on Saturday, 80-51.

The win improved the Redhounds to 8-6. The Wildcats fell to 7-6 while dropping their fourth loss during their past five games in the process.

“We have put together an impressive stretch of wins,” Pietrowski said. “It’s important that we continue to get better if we plan to compete for the district and regional titles.

“I thought Isaac McVey really gave us a spark defensively — a testament to his work ethic and attitude,” he added.

Corbin sophomore Hayden Llewellyn led the way for the Redhounds with a 34-point scoring effort while Carter Stewart added 15 points and Dakota Patterson finished with 10 points.

“Hayden continued to show he’s one of the best players in the state,” Pietrowski said. “Dakota is just tapping into his potential. I’ve been very proud of the work he’s put into practice the last couple of weeks. Carter continues to help our team in a variety of facets.

“I like the fact this group is gaining balance and rhythm,” he added. “We are young and inexperienced but continue to make huge strides. I really like my team and enjoy coaching them.”

The Wildcats hung tough for a quarter and a half, trailing 17-16 at the end of the first quarter before Corbin outscored them 23-12 in the second quarter to take a 40-28 lead into halftime.

Llewellyn scored 11 points during the quarter while Patterson hit a 3-pointer to help extend their team’s lead to double-digits.

The Redhounds our the game away in the third quarter with Stewart scoring 11 points while Corbin outscored Lynn Camp, 22-10, to take a commanding 62-38 edge into the final quarter of play.

Boggs hit two 3-pointers during the final eight minutes but the damage had been done.