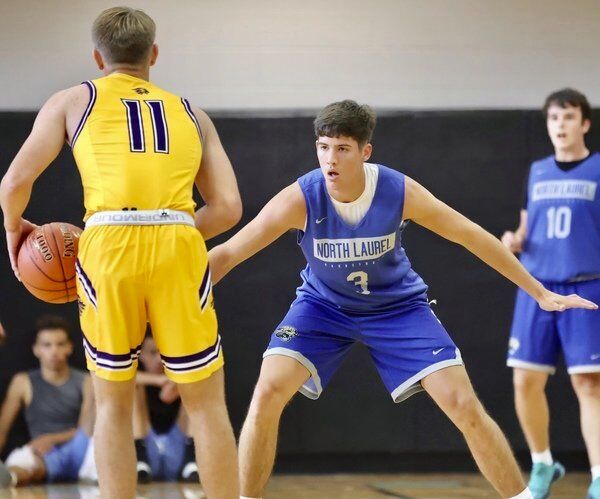 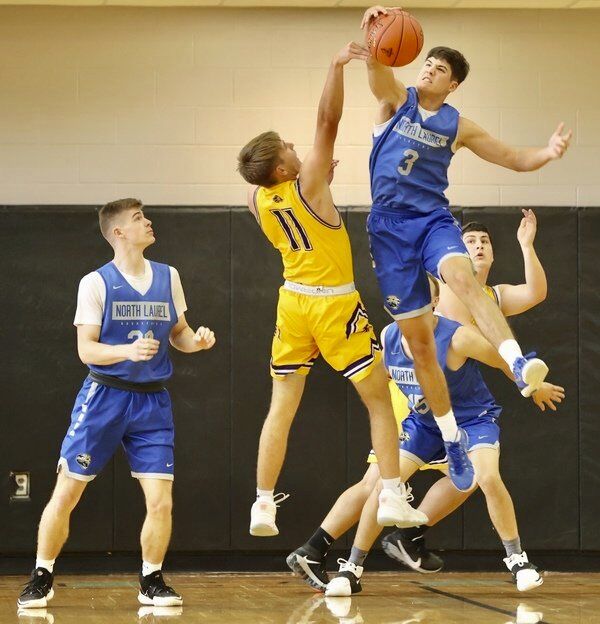 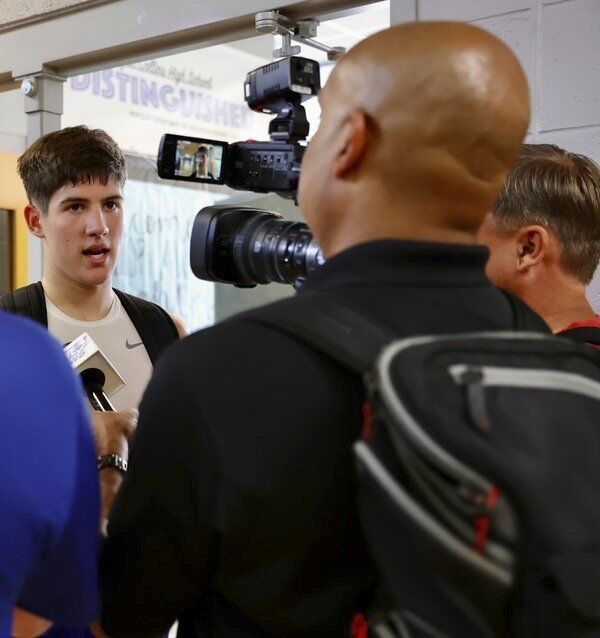 LONDON -- To say it's been one heck of a summer for Reed Sheppard could be an understatement.

The soon to be North Laurel junior continued to turn heads on the basketball court throughout the country thanks to his summer ball play with North Laurel High School, and Midwest Basketball Club.

Even though Sheppard has been most of the talk on social media and on many of the major recruiting web sites, he said his main goal was to have fun with his teammates while improving his game during the summer.

"I definitely had fun with my team this summer," he said. "We spent a lot of time together traveling and playing ball this Summer. Our schedule was tough and we had to play hard to win every game, so I felt like I was able to get a little bit better as well.

"My teammates at North Laurel and Midwest are some of my best friends in the world," he added. "So to be able to win some games with them makes summer a lot of fun."

Sheppard's success throughout the summer allowed him to be currently ranked 39th among the Class of 2023 via Rivals150, who also have him listed as the No. 1 player in Kentucky.

He entered the summer with DI offers from Stetson, High Point, South Alabama, Iona, Iowa and Texas A&M. Since June 15, the offers have continued to roll in from College of Charleston, Louisville, Arizona State, Kentucky, Indiana, Ohio State, Clemson, UMass, and Virginia.

With most speculation on whether or not John Calipari would give Sheppard an offer, it finally happened on July 9.

"The UK offer came as a surprise," Sheppard admitted. "I was excited that Coach Cal was at my game in Birmingham, but I didn't think he would offer that quickly. I am just really thankful. I just tried to focus on having fun and getting better with my teammates so I didn't feel too much pressure.

"Being from Kentucky and getting an offer from UK is what a lot of Kentucky kids dream about," he added. "I'm just really thankful for the offer. The call with Coach Cal was really cool and something I'll never forget."

Sheppard said he didn't know what to expect once summer ball began but offers from such Kentucky and Virginia is showing how hot of a commodity he is.

"I was excited to play on the Adidas 3SSB circuit this summer, and I knew that the competition would be strong and that a lot coaches would be watching," he said. "All of my teammates have been getting a lot of attention and I think it surprised us all. I was really excited to get the offer from Coach (Tony) Bennett at Virginia as well. I had a good visit there, and we have been having some good talks.

"Summer has been fun because of my teams, the travel, and the basketball," he added. "The extra attention has been fine. But my favorite part is just hanging out with my teammates and getting to play against some really good players."

With his high school basketball season on the horizon in October, Sheppard admitted he doesn't have a timetable set in place on his recruiting process.

"I just wanted to stay focused on my team during the summer, and then try to start figuring some things out later," he said. "I believe the recruiting process will work itself over the next few years.

"I love Coach V and my teammates at North," Sheppard added. "We have a lot of work in front of us before the season starts. I am excited about getting back to school and getting ready for the season."