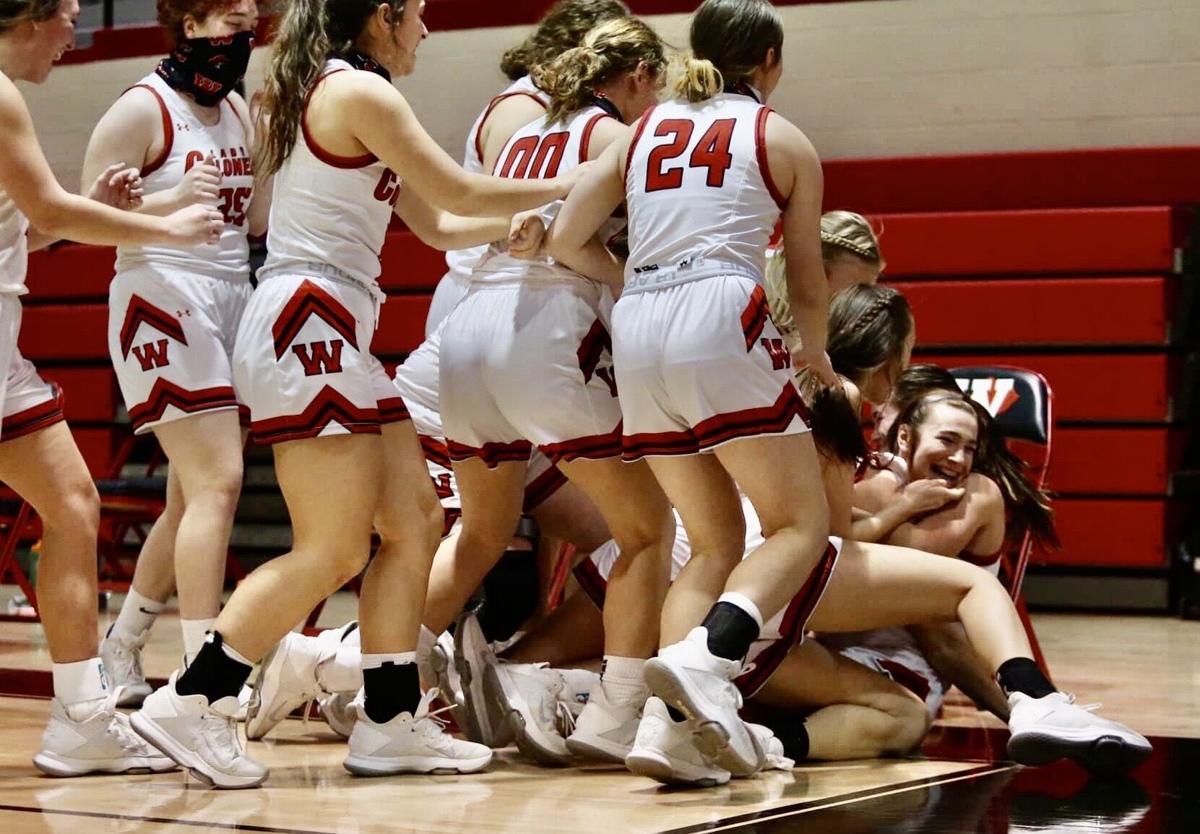 Darcie Anderson gets tackled by her teammates after hitting the game-winning shot during Saturday’s 74-73 victory over South Laurel. | Photo by John Crisologo 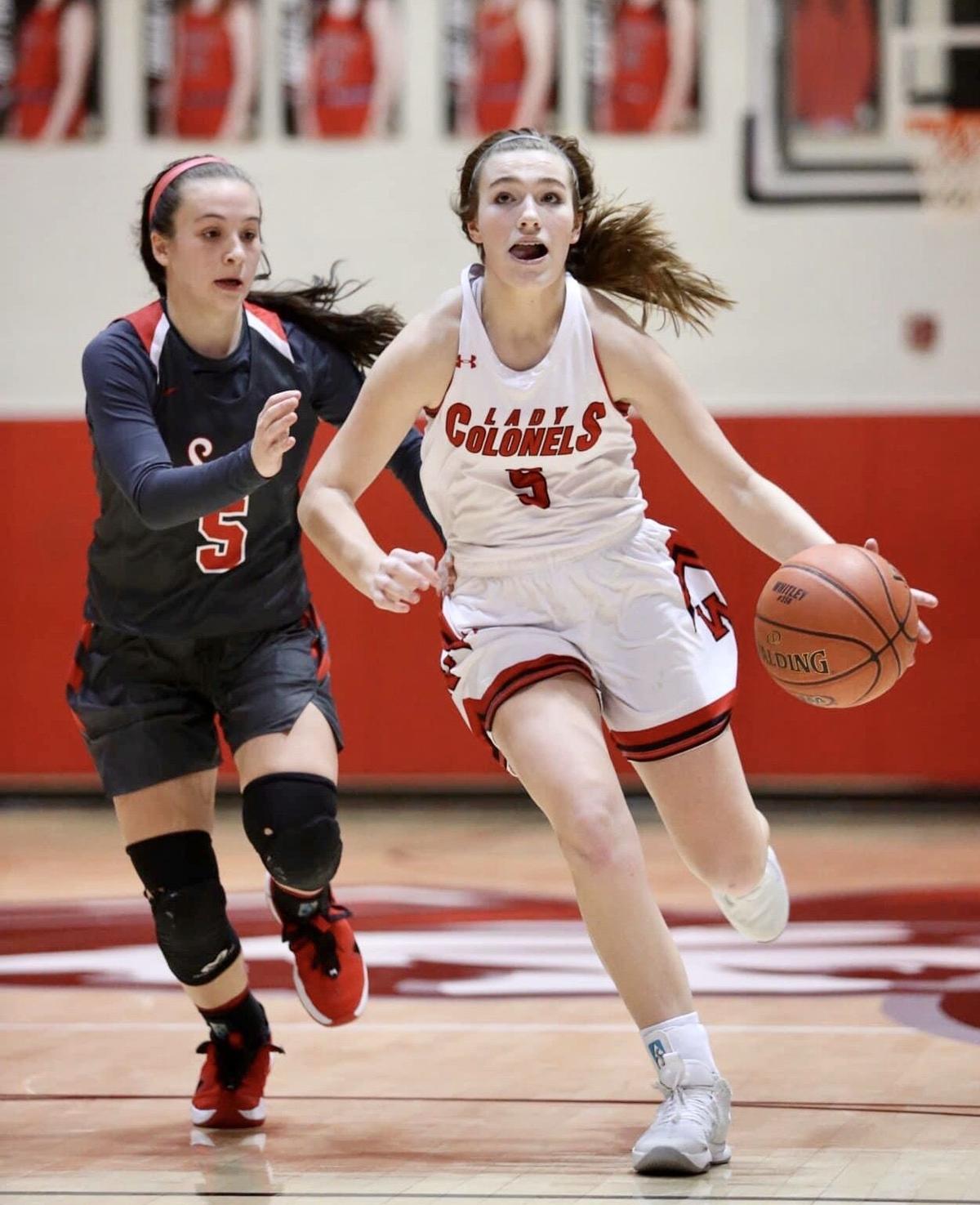 Darcie Anderson raced past South Laurel’s Bree Howard on her way to scoring the game-winning basket during Saturday’s 74-73 win over South Laurel. | Photo by John Crisologo 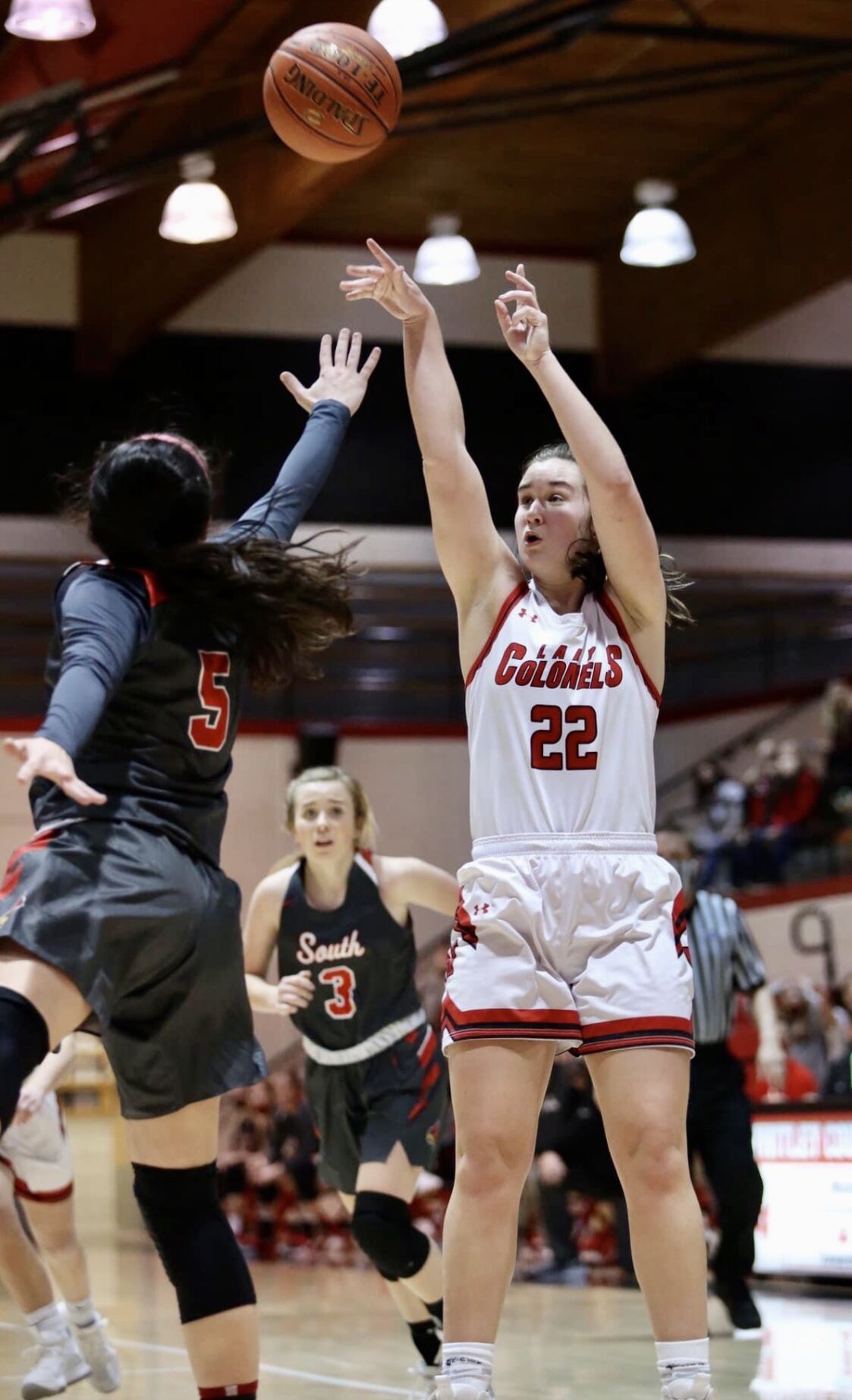 Whitley County’s Natalie Moses scored 10 of her 14 points during the fourth quarter. | Photo by John Crisologo

Darcie Anderson gets tackled by her teammates after hitting the game-winning shot during Saturday’s 74-73 victory over South Laurel. | Photo by John Crisologo

Darcie Anderson raced past South Laurel’s Bree Howard on her way to scoring the game-winning basket during Saturday’s 74-73 win over South Laurel. | Photo by John Crisologo

Whitley County’s Natalie Moses scored 10 of her 14 points during the fourth quarter. | Photo by John Crisologo

WILLIAMSBURG — Oh, what a night for Darcie Anderson and the Whitley County Lady Colonels.

With her team trailing by one point with six seconds remaining in a key 50th District matchup with South Laurel, Anderson dribbled almost the entire length of the court and hit the game-winning shot at the buzzer to give the Lady Colonels a thrilling, 74-73, win over the stunned Lady Cardinals.

The win allowed Whitley County to improve to a perfect 7-0 on the season, which in turn, is the best start since 2013 when the Lady Cardinals began with an 8-0 mark.

“Great team win,” Whitley County coach Sean Pigman said. “Kids never quit and kept competing. I’m happy for them. It was a game we will learn and grow from. Marissa had a great second half with 21 points in just the third and fourth quarters. Natalie had 10 in fourth and Jaycie hit four big threes and Darcie made the decision to drive at the end. Gracie Jo also had 10, so were balanced.

“KP and Bailey did a nice job off the bench and provided valuable minutes,” he added. “I just like the spirit of our team! We didn’t play our best or shoot it like we had been, which South had a big part in but we never quit. I’m just proud that we are still competing on nights when things aren’t necessarily going our way and shots aren’t falling.

There were two good teams on that floor tonight competing in a good, hard-fought basketball game.”

The loss, South Laurel’s fifth in a row, dropped the defending 13th Region champions to 1-5, their worst start since starting 0-8 in 2013.

The matchup was close throughout with the Lady Cardinals holding on to a slim lead throughout the game. South Laurel led 14-12 at the end of the first quarter after Rachel Presley scored seven of her 19 points during the period.

The Lady Cardinals held a 31-28 advantage at halftime after knocking down four 3-pointers and five for the first half. Reagan Jones scored nine points during the first 16 minutes and finished with a 19-point scoring effort.

Whitley County was able to cut its deficit to 51-50 entering the fourth quarter after Marissa Douglas went off for 13 of her game-high 25 points. She added eight points in the final period while Natalie Moses scored 10 of her 14 points during the final eight minutes to keep the Lady Colonels in the game.

South Laurel had numerous chances to put the game away in the fourth quarter but hit only 5-of-11 shot attempts from the free-throw line.

Whitley County is now 2-0 against district competition while the Lady Cardinals dropped to 0-2.

The Lady Colonels have another tough matchup Monday on the road against North Laurel at 7:30 p.m. while South Laurel will host Jackson County at 7:30 p.m. on Monday.