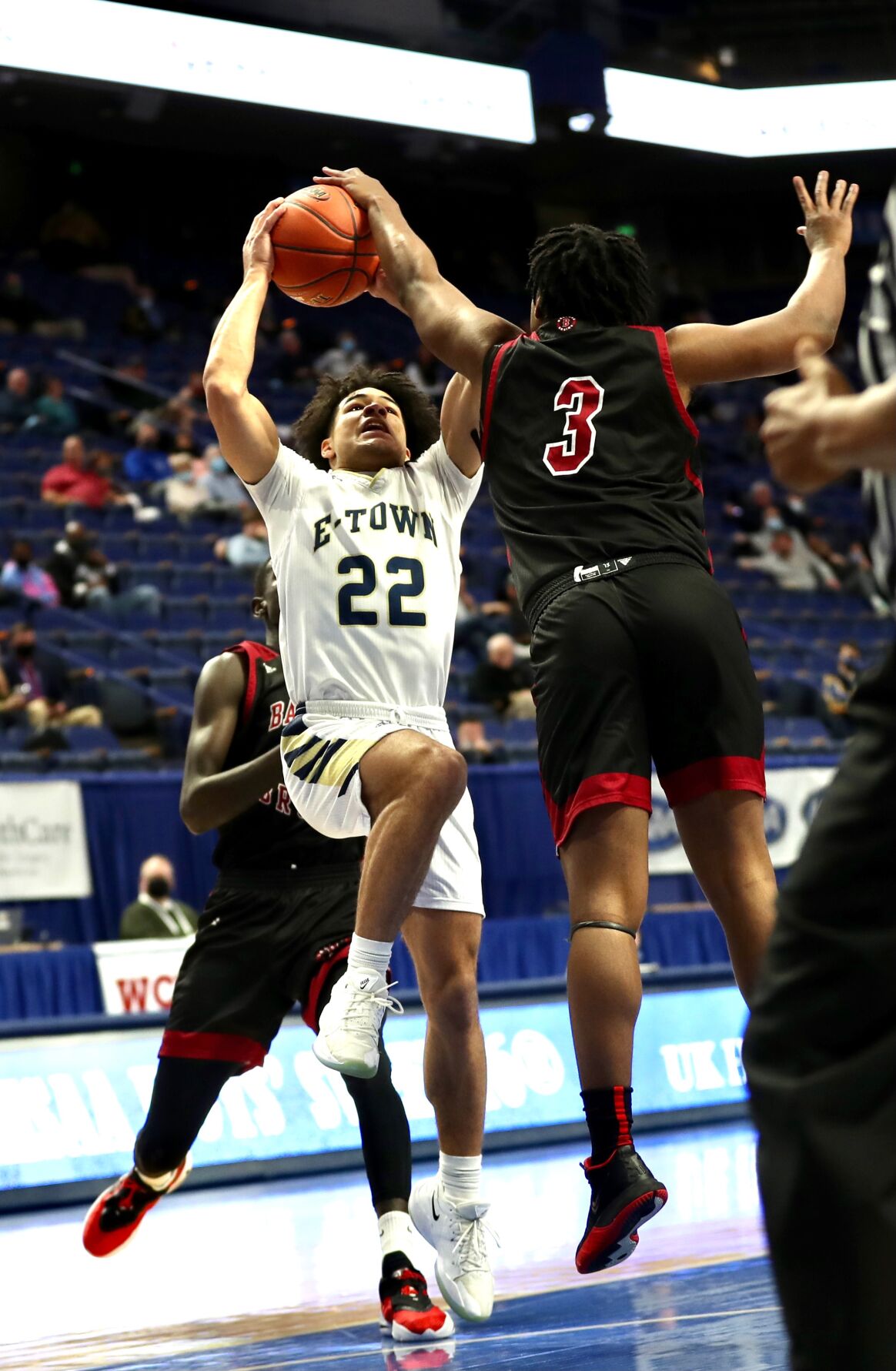 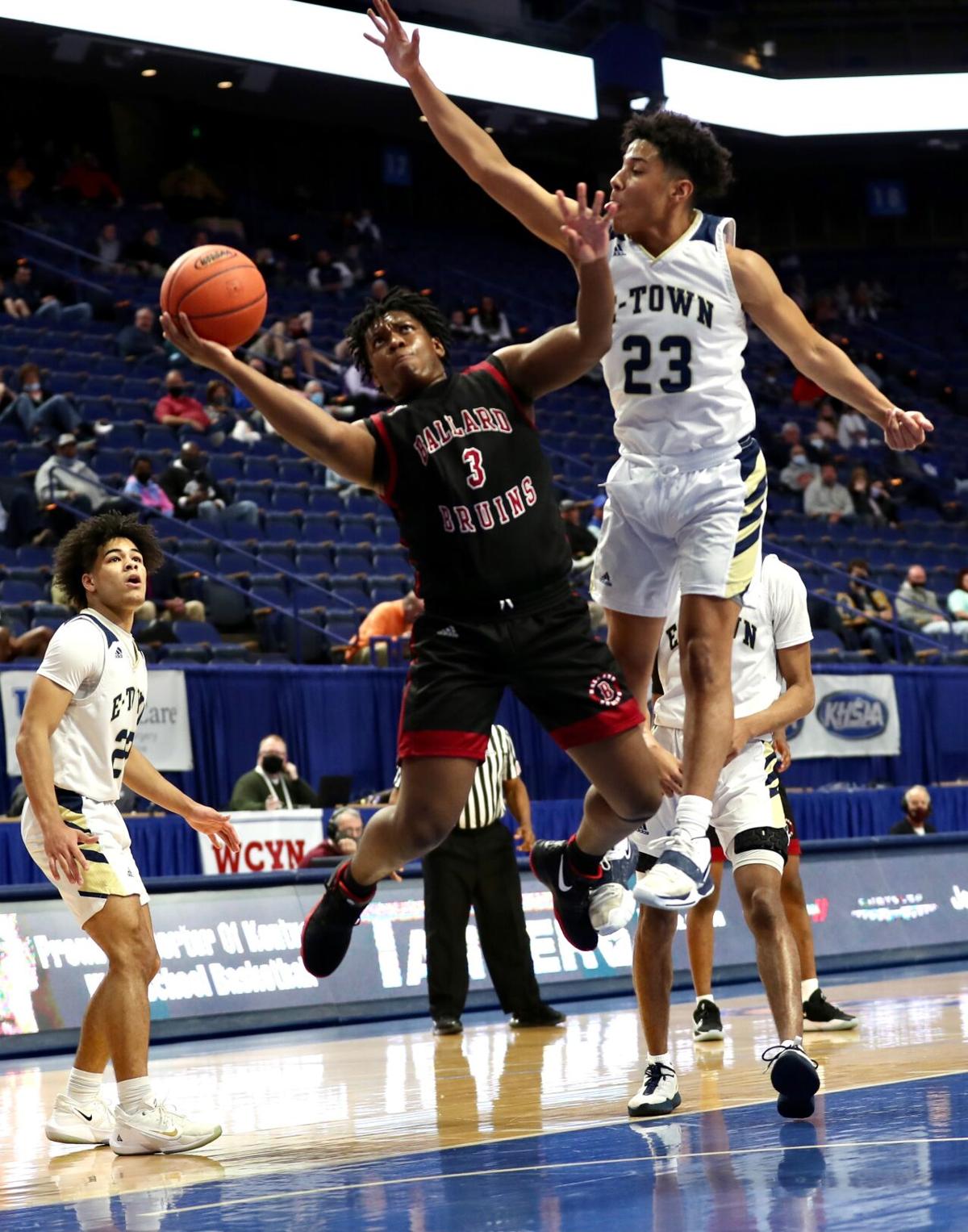 LEXINGTON —Elizabethtown notched a spot in the finals of the 2021 KHSAA Boys’ Sweet 16 after disposing of tournament favorite Ballard, 69-53.

The Panthers jumped out to a 21-10 lead in the first quarter and put the game away in the third quarter, outscoring the Bruins, 18-8. E’town dominated the game in almost every aspect, knocking down 24-of-51 shot attempts, including a 6-of-13 effort from behind the arc while forcing Ballard to turn the ball over 19 times. The Bruins finished shooting 22-of-48 from the floor while only going 4-of-14 from behind the arc.

E’town didn’t show any nerves early on shooting 9-of-15 from the floor, which included knocking down three 3-pointers to build a 21-10 advantage entering the second quarter.

Kam Sherrard’s 3-pointer with 2:18 remaining in the first half pushed E’town’s advantage to 35-20 but Ballard answered with an 8-0 run that saw Hayden and Marrero score during the final minute while cutting the Panthers’ lead to 35-28 at halftime.

E’town took control of the game during the opening minutes of the third quarter. The Panthers went on a 14-0 run to open the period. Khia Sherrard’s basket with under four min Utes remaining gave his team a 49-28 edge while Ballard was able to respond with an 8-4 run to close out the period and trail, 53-36, entering the fourth quarter.