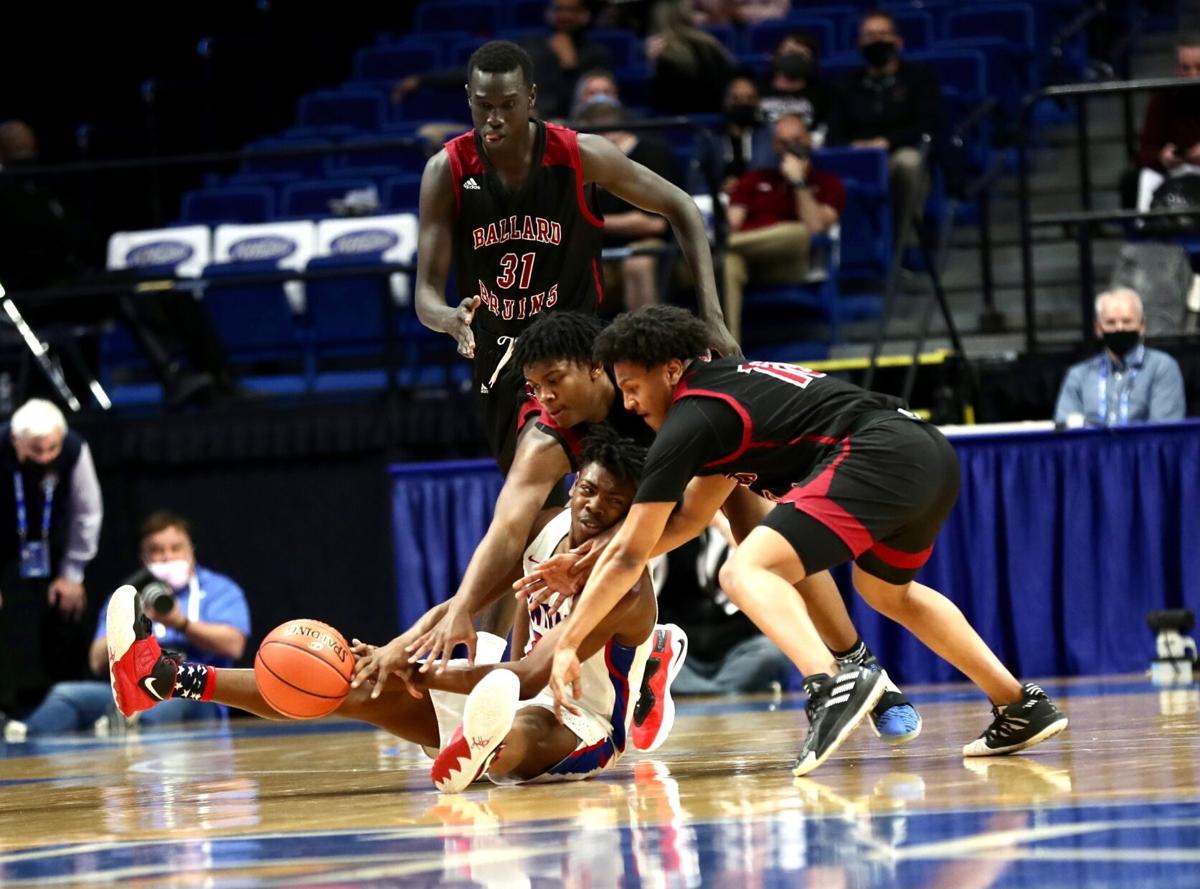 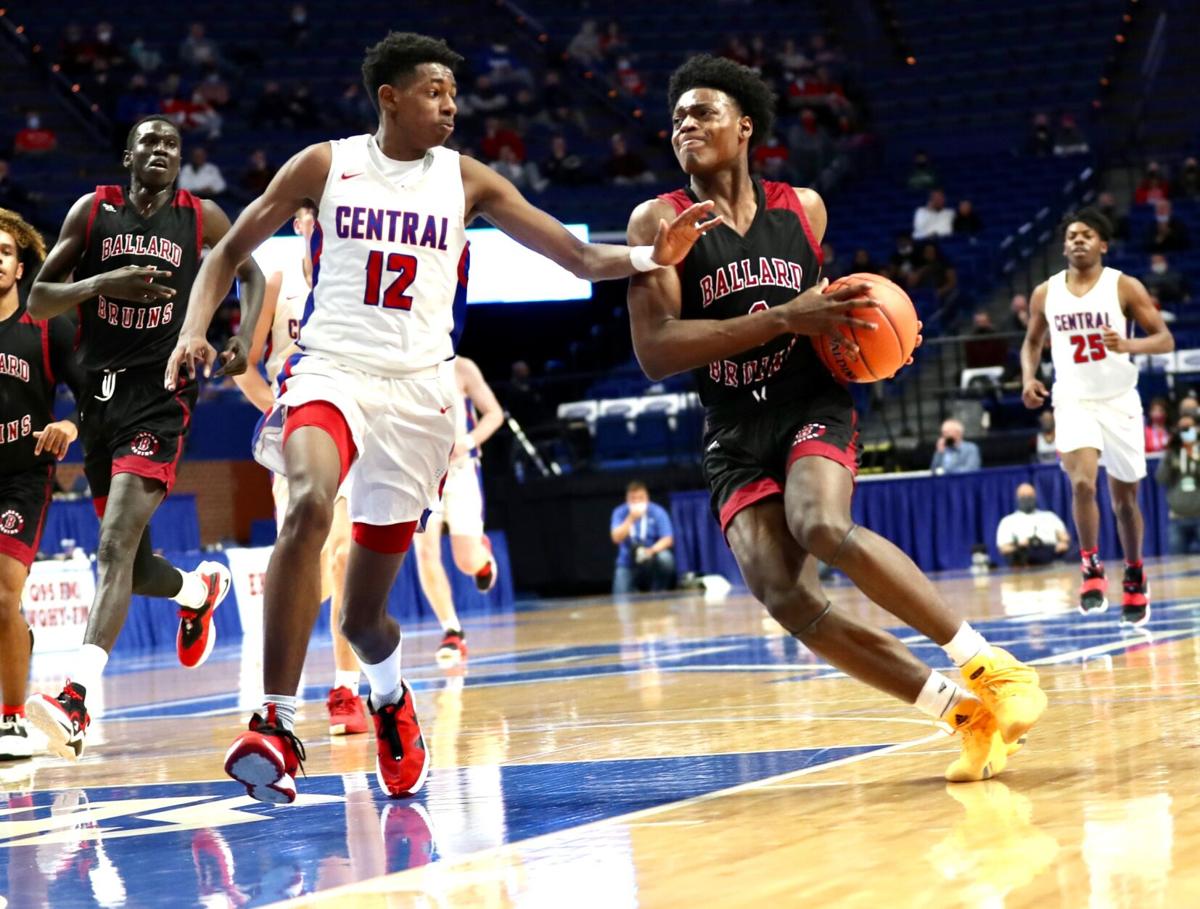 Ballard’s Keno Hayden scored a game-high 26 points during the Bruins’ win over Madison Central on Wednesday. | Photo by Les Nicholson

Ballard’s Keno Hayden scored a game-high 26 points during the Bruins’ win over Madison Central on Wednesday. | Photo by Les Nicholson

The trio of Keno Hayden, Maker Bar, and Gabe Sisk combined to score 56 points during the win with Hayden’s 26 points leading the way. Sisk added 19 points and seven rebounds while Bar recorded a double-double, finishing with 11 points and 14 rebounds.

Ballard (20-2) finished shooting with a 28-of-62 shooting effort, including going 4-of-16 from 3-point territory. The Bruins won the battle on the boards, 37-34, while forcing the Indians into 13 turnovers.

Kole Browne led Ballard with 21 points while Jaylen Davis finished with 16 points and seven rebounds and Will Hardin turned in a 15-point, nine-rebound effort.

Ballard jumped out to an early 9-1 advantage thanks to two 3-pointers by Hayden while Bar scored on an old-fashioned 3-point play.

Madison Central rallied and managed to cut its deficit to 20-16 entering the second quarter with Hardin scoring seven points in the period while Hardge’s 3-pointer cut the Indians’ deficit to 18-16 right before seeing the Bruins add a basket before the buzzer.

The Bruins were able to build onto their lead in the second quarter after seeing the Indians misfire on nine consecutive shot attempts, and one of their last 11. They went more than five minutes before they finally connected with a field goal.

Bar scored nine points and pulled down nine rebounds in the first half while Hayden led the Bruins with 10 points. Ballard hit 14-of-32 shot attempts but only 2-of-10 from 3-point range. Browne led Madison Central with 11 first-half points but the Indians misfired on 8-of-21 shot attempts while turning the ball over 10 times.

Madison Central’s shooting woes carried over into the third quarter, allowing the Bruins to increase their lead to double digits.

A layup and 3-pointer by Sisk gave Ballard a 44-32 advantage with 2:53 remaining in the period. A 3-pointer by Buford increased the Bruins’ lead to 47-32. But the Indians were able to close out the quarter with another 5-2 run, and trailed, 49-37, entering the fourth quarter. The Indians went 4:10 without a field goal during the period.

Ballard used a 5-0 run to begin the fourth quarter. Madison Central’s Taishon Chenault hit a 3-pointer with 4”06 remaining to make the score, 58-47. The Indians got as close as 66-61 before seeing the Bruins secure the win during the final 20 seconds.