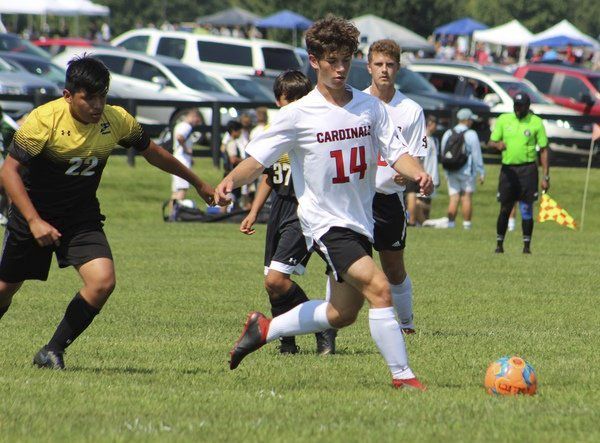 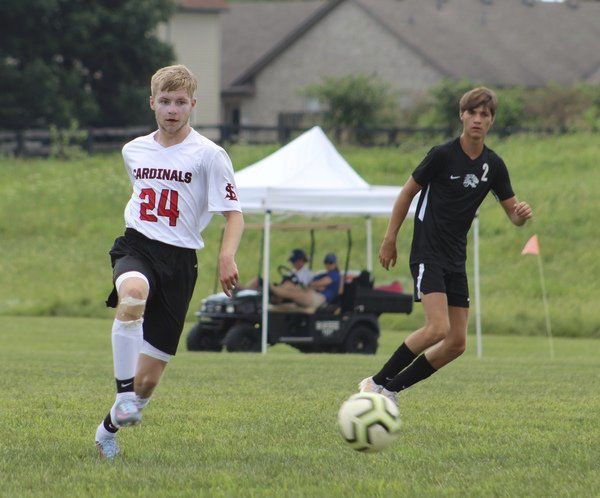 Hayden Durham returns for his senior season as a South Laurel Cardinal. | Photo by Julie Rae 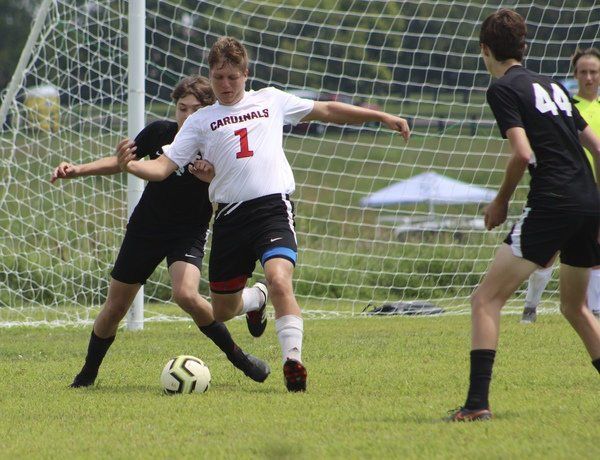 South Laurel's Chris Vanhook should see a lot of playing time this season for the Cardinals. | Photo by Julie Rae

Hayden Durham returns for his senior season as a South Laurel Cardinal. | Photo by Julie Rae

South Laurel's Chris Vanhook should see a lot of playing time this season for the Cardinals. | Photo by Julie Rae

The loss was something Marcum and his players haven’t forgotten as they enter the 2019 campaign.

“The South Laurel High School soccer program has a long, rich history of success,” Marcum said. “We have either won, or been runner-up in the 13th Region for the previous four years. Our players are motivated to be a part of striving to continue the tradition or even go one step farther.

“We look at each summer as a rebuilding period,” he added. “We spend most of our time on strength, conditioning and very basic soccer skills. This summer we added a large number of middle school junior varsity, rising ninth-graders, and several guys that are new to high school soccer. Summer has given us a chance to learn soccer fundamentals while also becoming a cohesive team.”

With another talented roster returning, Marcum feels his Cardinals will be competitive in both district and regional play.

“We think by the end of the season we will be competitive in our district and region. We are surrounded by very strong teams, all of whom will be battling for those titles,” he said. “I think the level of competition, in both the district and region, will be very balanced this season.”

South Laurel will enter the season looking for players to step up and replace the scoring of Trevor Smith, Gage Jackson and Michael Gilpin. The trio combined to score 62 of the Cardinals’ 84 goals from last season, while also totaling 43 of the team’s 68 assists.

“We lose players every season to graduation, transfer and injury,” Marcum said. “We graduated five seniors this past season, all of whom contributed to our program. It’s no secret three of them will be missed in the statistics. When you graduate two players that were on the state leader board all season for goals and assists those are big shoes to fill.

“We also lost a key part of our defense,” he added. “Gage Jackson, Trevor Smith and Michael Gilpin had been with us since middle school. Their leadership and understanding of the game may be missed as much as their soccer skills. We are hoping that our younger players will continue to grow and mature, so they can fill those roles.”

Marcum said numerous players will need to step up and answer the call for South Laurel. The Cardinals are coming off a 15-win season while combining for 68 wins the past four years. So needing different players to step up in the past hasn’t been a problem.

“At this point in the preseason, I could easily name 15 players that we need to step up,” Marcum said. “We have a large rising senior class and we are really counting on them to become leaders. We need them to help our younger players understand the importance of being part of a long-standing, tradition-rich, successful, program.

“We will be looking for Hayden Durham, Quinn Rison, Clayton Stacy, Zack Smart, Chris Vanhook and Isaac Schneider to really improve this season,” he added. “All of them were major contributors last season, and we expect them to play even bigger roles this year.”

And when it comes to the team to beat in district and regional play, Marcum said go no further than the defending region champions.

“Corbin will be the team to beat. They are back-to-back region champions, and only graduated a few players,” he said. “We expect them to be extremely tough again this season. North Laurel had a strong middle school season, winning the conference, so I expect them to be bringing up some very enthusiastic young players with momentum to join the strong core group they have returning.

“Whitley County also returns a lot of talent this year and had a strong middle school season,” Marcum added. “Oneida Baptist Institute is always a fierce competitor. I hope we are in the mix, and by tournament time, will be competitive with all of these programs. This should be an exciting season.”

Despite graduating some key pieces from last season, Marcum likes his team’s potential.

“I really like this team. They work well together, they are unselfish, they are not afraid to work and are extremely eager to learn,” he admitted. “Many have had the opportunity to work with two great college coaches this summer, and it was amazing to see how hard they worked for them. They paid attention to every word said and really bought into the idea that they, and the team, can improve every day.

“We took two teams to a 7 vs. 7 tournament in June and one team to the Bluegrass Sate games last weekend,” Marcum added. “I can see major improvement from June to July. If they continue to grow and improve all season they will be fun to watch. The majority of the team ran track, played tennis or played club soccer last spring which has really helped our fitness. As a team, we are in pretty good soccer shape, and their excitement level is contagious. They are ready for the action to begin.”

The Cardinals begin their season Monday, Aug. 12 on the road against Southwestern.