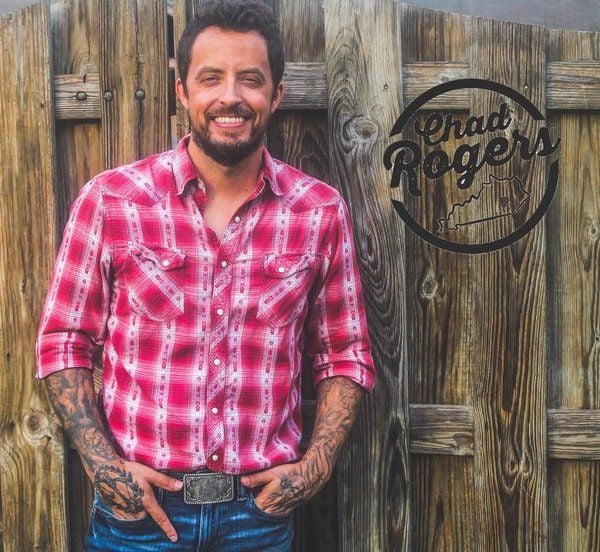 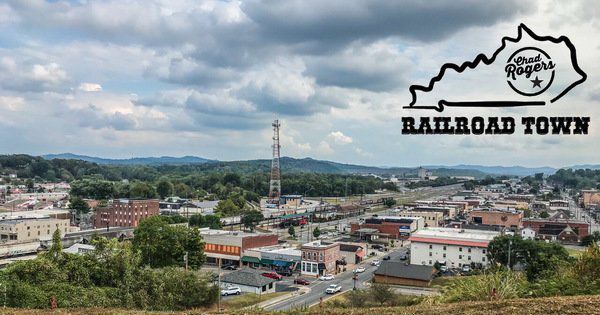 Rogers says "Railroad Town" was inspired by his life and experiences growing up in Corbin, KY.  | Photo Contributed

Rogers says "Railroad Town" was inspired by his life and experiences growing up in Corbin, KY.  | Photo Contributed

Chad Rogers, the lead vocalist and guitarist for the band Pistol Whip, is releasing his debut solo single titled, “Railroad Town,” this Friday.

A Corbin native, Rogers said the song is a reflection of his life and experiences growing up in this area.

“Well as much as you can fit into a three-minute song,” he said with a laugh. “It’s a bit of an autobiography about my life here.”

The song is a departure from the style of music Rogers typically plays with Pistol Whip.

“Pistol Whip has probably been known more as a rock band, even though we play as much country as we do rock — probably more country than we do rock. This is definitely a country single,” he said.

“It was a beautiful day. I took my acoustic guitar out there with me, and just started strumming some of my favorite chords," he said. "I was just looking out of Corbin, and I started reflecting on my life here. It went from there. I immediately started writing the song.”

Rogers’ writing style varies. However, more often than not he says he starts with music.

“I usually either come up with a chord progression I like, or a riff that I like, and it usually grows from there. A lot of times the song will write itself," he said. "The vibe of the music will inspire me lyrically. I can almost feel what it’s supposed to be about, and that will inspire the lyrics.”

On occasion Rogers said he will have a concept he just wants to write about before he comes up with the music. In those cases, he knows which direction stylistically he wants to take the song.

“I’ll sit down, and more specifically try to dial in the right kind of music for the lyrical concepts,” he said.

As far as what kind of music he writes, Rogers said, “I write all across the board. I write rock, country, different styles. I have a lot of different influences. Country just felt right to tell this story, it felt like the right style of music, and format to tell this story.”

Rogers said he has an album’s worth of solo material already written, but he said he’s “been informed that singles market [better] these days. I’ve kind of seen that trend, even the big names in music are releasing singles these days. There are still some albums, but mostly singles.”

“I wanted to start with this one though, because it’s the most special one to me, for sure,” he said.

Although he never comes out and mentions Corbin specifically, Rogers said there are references to Corbin in “Railroad Town,” and that some are more direct than others.

While the song is heavily influenced by the town of Corbin, Rogers said the song is for everyone in southeast Kentucky.

“I wanted the song to be general enough to relate to a broad audience, but I wanted it to be specific enough that people knew, or could very easily figure out, where I’m talking about,” he said.

Along with his time growing up in Corbin, Rogers was inspired by his stepdad who was an engineer for the railroad.

“I have a lot of friends growing up in this area whose dads worked for the railroad, as well. I didn’t really know anything else," he said. "The railroad has always been a big part of Corbin’s economy.”

Rogers said he has a Chad Rogers music page on Facebook that he uses mainly to promote acoustic shows. Last summer after writing “Railroad Town”, Rogers filmed himself singing and playing the song in his home, and then posted it to Facebook.

“It went nuts. I would go to the grocery store and have people I didn’t know coming up to me and telling me how much they liked the song, and how much they related to it, and tell me their stories," he said. "I thought, 'you know, I really need to record this song, I really need to do it right, and do it justice, and record it.' Unfortunately, it’s taken me a year to get into a studio and do it, but it’s finally here.”

The song was recorded and produced by Matt McQueen, owner of Gem City Studios in Jellico, Tennessee. McQueen has produced music for Pistol Whip in the past.

Rogers is approaching the release of “Railroad Town” differently than he has in the past with Pistol Whip’s releases.

“Pistol Whip, every time we would release a single, it would go to radio the day of the release, and then it would upload to basically every digital outlet imaginable," he said. "I’m not doing that with ‘Railroad Town.’ Friday it’s debuting on KD Country and then that’s it.”

Rogers plans to debut the song this Friday on the radio station 99.5 FM, KD Country. His interview is scheduled to start at 10:30 a.m.

Rogers said KD Country will be the only station able to play the song on Friday, but says after that other stations will be able to play it.

“I’ve listened to KD Country my whole life," he said. "Growing up as a kid my parents would listen to KD Country in the background, or on the radio in the car. I used to dream crazy, unrealistic, dreams of having a song of mine on there. It’s a bit surreal. I know it’s not national radio, but I don’t know, for me it’s surreal.”

Rogers isn’t going to upload the song to digital outlets for a while, saying he wants the process to be a little more grassroots and wants people to listen to the radio.

“To me there’s something special, there’s something magical about hearing a song on the radio as opposed to on your phone," he said. "I’m old school, man. It’s a special song to me, it’s different, and I wanted to treat it special and that’s why I’m going to do something a little different.”

Eventually, Rogers said he will upload the song to digital outlets, but that it may be a while before he does.

Even with the buzz surrounding his new single, Rogers said Pistol Whip is still his primary focus.

Rogers and Pistol Whip will be celebrating the release of Rogers’ single on Friday night by playing a show at Austin City Saloon in Lexington. The band will continue the celebration at Austin City Saloon in Corbin the following night from 9:30 p.m. to 12:30 a.m. Rogers said the band will be playing the single both nights, and invites everyone to celebrate with him and his band on Saturday night in downtown Corbin.

Pistol Whip will also play the song next Friday at the Daniel Boone Festival.

“My goal for this single — ya’ know, I don’t have any illusions of grandeur, or fortune, or fame, or anything like that, I’m not even interested in that, to be honest with you. My goal for the single is for everyone in the Tri-County area to get to hear the song,” he said.

Rogers asks that fans of the song share it on social media, when it’s released, and to call radio stations to request it be played.

“I’m looking forward to sharing it with everyone," he said. "It’s kind of like my gift to back where I’m from. It’s like a tribute to Corbin, and the whole Tri-County area. This place has always been really great to me.”