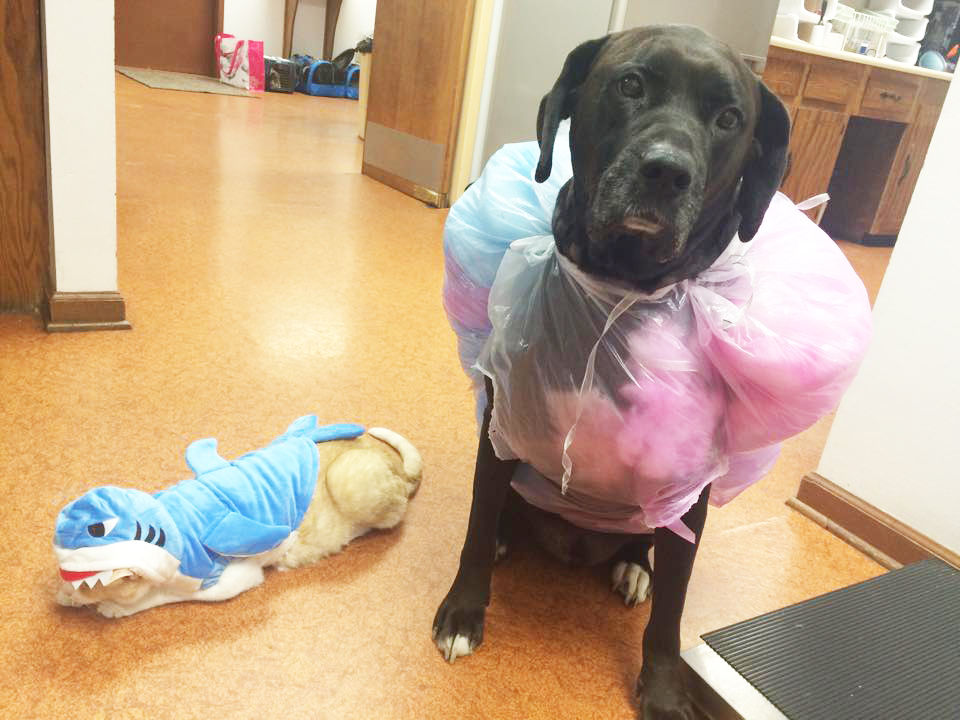 Rascal gets into the Halloween spirit while he stays ready to save lives. 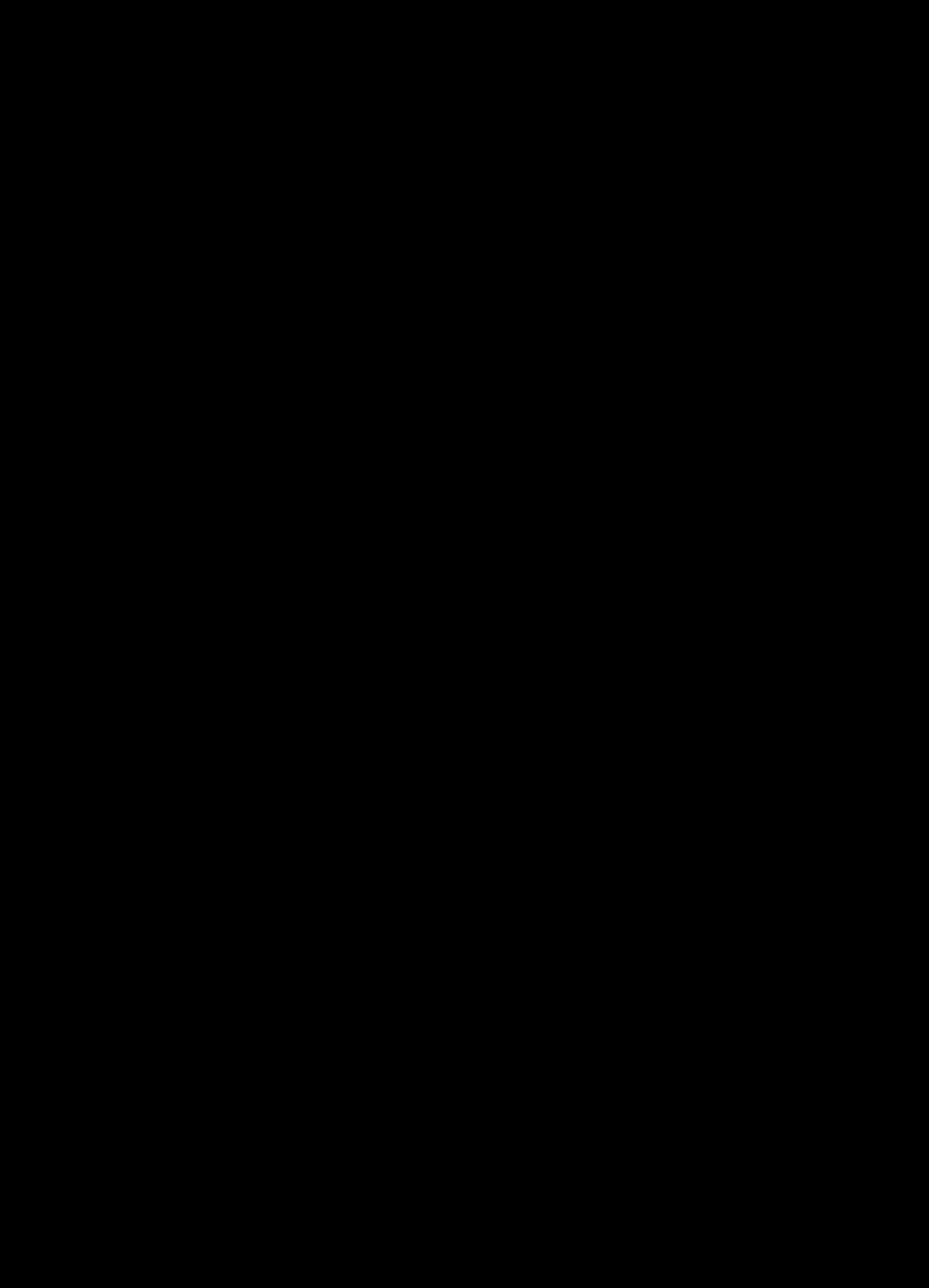 Rebecca Bryant (pictured) found her dog Rascal—or he found her—almost six years ago, when Rebecca was 13 years old. The relationship has been a beneficial one for the patients at Corbin Animal Clinic. Rascal has served as a kind of mascot for the clinic and has donated blood to dozens of patients over the years.

From an unwanted puppy to the dog “everybody wants,” Rascal (pictured) has saved dozens of lives in the last six years and continues to “work” at Corbin Animal Clinic as a mascot and blood donor.

Photo by Christina Bentley
1 of 2

Rascal gets into the Halloween spirit while he stays ready to save lives.

Rebecca Bryant (pictured) found her dog Rascal—or he found her—almost six years ago, when Rebecca was 13 years old. The relationship has been a beneficial one for the patients at Corbin Animal Clinic. Rascal has served as a kind of mascot for the clinic and has donated blood to dozens of patients over the years.

According to Deborah Berry Bryant, Veterinary Technician at Corbin Animal Clinic, nobody wanted her dog Rascal when he turned up out of a bale of hay almost six years ago.

Now, according to Bryant’s daughter Rebecca, who works part-time at the clinic, “Everybody wants him!”

Along with Percy, Corbin Animal Clinic’s orange tabby cat, Rascal has become something of a mascot for the clinic. He’s also become a lifesaver for dozens of the clinic’s patients over the years.

Since they found Rascal in the winter and he didn’t have a doghouse, he started coming to work with Deborah Bryant. The Bryants live too far out in the country, she said, for anyone to go home and let Rascal out during the day. Although they have outside dogs, Rascal was just a puppy, so they kept him inside, always intending to make him an “outside dog” eventually.

According to Deborah Bryant, “He was so little when we got him…and there was lots of snow on the ground. We didn’t have a place to keep him outside. The bigger dogs had their doghouses; he had nothing. So we kept him in, and we were going to put him outside when it got warmer, and it never happened. He always would come to the back door and scratch on it to let us know that he wanted in…So he’s always been an inside dog.”

Coming to the clinic every day proved to be a blessing, however, and Rascal soon found a way, as the Bryants put it, “to earn his keep.”

According to Deborah Bryant, “Rascal happened to be (at the clinic), and something needed blood. He was the only healthy donor here, and I said, well, you need to earn your keep! Because he comes here and he uses a cage, he sleeps, he eats here, and…so he donates blood for the clinic.”

Clinic staff have lost track of how many times Rascal has given blood, but they said it is somewhere in the dozens.

“A dog Rascal’s size can safely give blood every three weeks,” said Deborah Bryant. “He can give up to 900 ml blood, and that’s safe for him. But we don’t take that much from him. Most of the time what we have in here that need blood donation are puppies and small dogs, so anywhere from 60 ml to around 250 ml of blood is all that we take from him at a time…He’s saved a lot of lives.”

According to veterinarian Addison Hamlin, there are many different conditions and injuries that might prompt him to turn to Rascal for help.

“Well, there’s some illnesses, like autoimmune diseases where their immune system attacks their own red blood cells,” he said, “and then there’s blood loss problems, dogs that have infections that destroy red blood cells, blood loss, rat poison, things like that, hit by a car; we see some gunshots every now and then. I’d say most of the reason he gives blood is illness, especially parvo, in bad cases. Puppies that come in with worms and parasites really bad, they will be anemic to the point where we have to give blood.”

Unlike humans and cats, Hamlin said, dogs do not have to be blood typed for their first transfusion. After the first transfusion, however, blood typing becomes necessary because the dog’s body recognizes the blood as an invader.

“When you give (Rascal’s) blood to another dog,” Hamlin said, “you basically have vaccinated that dog against that blood. His blood’s new, but they make antibodies to it and their immune system remembers that. Then they build up a good immune response, and when you give them another blood transfusion, then the dog is ready to attack those red blood cells and it will cause them to break down.”

Rascal is tested and vaccinated for disease every year, which is what clinic staff recommend for all dogs. Deborah Bryant said all donor dogs must be negative for communicable diseases and be in good health and vaccinated.

“You certainly wouldn’t want to try to give blood and then give someone something else,” she said.

As for Rascal, his life goes on pretty much as you would expect for an animal who has done so much for so many. Clinic staff said that he gets a little nervous when they reach for the needles because he knows what’s coming, but that he doesn’t avoid it. And afterwards, he always gets a treat or a meal.

Deborah Bryant said that, while Rascal will bark at strange men, he’s immediately affectionate with almost everyone and everything else, even cats.

“He loves kittens,” she said. “We brought a litter home and bottle fed them. He helped raise them.”

“He would bathe them, wash their faces, and make sure they were warm and all curled up,” said Rebecca Bryant. “I don’t know why he did it.”

The Bryants estimate that Rascal will be about 6 years old this month. “We think he was about 10 weeks when we got him,” said Deborah Bryant. That was in January of 2010, when Rebecca Bryant, then 13 years old, was walking home from a winter play date with friends. Rascal, who was “a tiny little thing then…came charging out of a bale of hay” where the Bryants figure he had taken shelter from the heavy snow.

“He came to me like he’d known me for years,” Rebecca Bryant said. “He came to me and he jumped in my arms and I took him…I carried him home.”

“We were going to take him to the shelter, it’s true,” she said. “And then after you keep one for awhile, you don’t do things like that.”

Today, it’s not a bad life for the unwanted puppy from the hay field. In addition to plenty of treats and a lot of attention and gratitude, Rascal gets one other concession.

“The worst thing he does,” said Deborah Bryant, “is that he’s not allowed on the furniture and if we go and we leave him at home alone, when I come back he’s on the couch. I never say anything to him about it.”