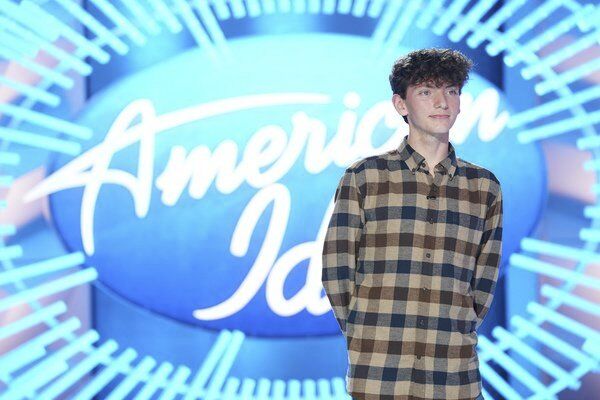 Brooks Kidd was invited to go to Hollywood by the judges on "American Idol". | Photo courtesy of ABC/Eric McCandless 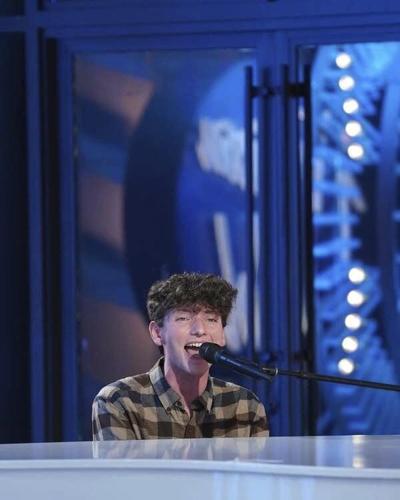 Brooks Kidd was invited to go to Hollywood by the judges on "American Idol". | Photo courtesy of ABC/Eric McCandless

LONDON — His voice is familiar among London residents - now Brooks Kidd is headed to Hollywood to display his talent for this season of “American Idol.”

Kidd was one of thousands who auditioned for the popular talent search show last year, over Zoom.

“We waited 2 1/2 hours for the Zoom audition,” said his father, Bobby Kidd.

But the waiting paid off - after the Zoom audition, the 19-year-old London native was asked to go to Nashville for the regional auditions, where he performed before “American Idol” judges, Luke Bryan, Lionel Richie and Katy Perry.

On Sunday night, Kidd’s audition was broadcast on ABC where he was chosen to participate in the Hollywood Week finalists.

Kidd said that unlike the show itself, the regional competition does not provide coaches to help the contestants.

“You just go out there and perform,” he said.

His audition selection was a song that he felt best describes his personal experiences.

“I performed ‘Mad World’ by Gary Jules,” he said. “When I was younger, I found this song during a dark spot of my life and I feel like it showcased me and my story.”

Although he could not disclose his progress in the audition process, he said the opportunity was “an experience unlike any other - in the best way.” He said he related to all three judges, primarily because of their musical backgrounds.

“I related to Luke Bryan because of the geographical connection,” he explained. “And there’s Lionel Richie and all the music he’s written and performed. Katy Perry is just great and I love her music.”

Performing before such music legends as the three judges was somewhat intimidating, he said, admitting that he was very nervous.

“I did a lot of breathing exercises,” he said, laughing. “I just told myself that I was there to perform and that’s what I did.”

He said the auditions blended a wide range of talent with contestants coming from Kentucky, Maine, Georgia and Nashville, to name a few.

“The competition is extremely stiff. There wasn’t a person I heard that couldn’t have a song on the radio,” he said. “It was a great experience just hearing everyone.”

He said his decision to audition for “American Idol” came after lots of encouragement from family and friends. He has watched “American Idol” through the years and for him, that was the show he wished to pursue his dream of a musical career.

“As a kid, I had a microphone with ‘American Idol’ on it,” he said. “My grandmother encouraged me to audition for ‘American Idol’, and I had friends and family who wanted me to try out.”

Kidd’s background in music spans most of his life. He currently plays the piano - which was included in an advertisement for this season of “American Idol.”

“In the first commercial, one of the clips shows Brooks sitting at the piano, singing,” said his father. “We took that as a good sign.”

Besides playing piano, Brooks was also involved with his high school choir and earned several regional recognitions. He is currently on the praise team at Grace Fellowship Church in London and has been involved in the youth group at First Baptist Church in London and has performed locally at several events. He is one of two performers set for the Redbud Ride block party, scheduled for Friday, April 8 at Farmers Market.

Although Brooks is not permitted to disclose any further details of the “American Idol” audition, he did say that the experience gained him some new friends as well as professional experience.

“Being on the show put me in a professional world of music,” he said. “I gained knowledge and experience - you learn what to do because you’re in an environment where musicians work together and have fun.”

But as Kidd shared during the clip preceding his audition, his life has had some dark spots. Kidd said he was overweight as a child and was often ridiculed and bullied at school. So, he lost 60 pounds in two months. But that still didn’t change his perception of himself- admitting having suicidal thoughts. Instead he engrossed himself in music, which he said helped him.

“Music saved my life,” he said.

The judges were impressed with Kidd’s performance, with comments that the story he shared was extremely powerful.

“You’ve gone through all this - at 19,” said judge Lionel Richie.

“American Idol” began in 2002, airing over the FOX Network until it was canceled in 2016 due to declining ratings. In 2018, the show was revived by ABC, and is launching its fifth season on that network.

“American Idol” airs at 8 p.m. on Sundays and Mondays on ABC network.

London Downtown is hosting an Evening with Brooks Kidd: An American Idol Celebration this Friday at 6 p.m. at the London-Laurel County Farmers Market. Kidd will perform and his audition will be viewed as well. Guests are encouraged to bring a chair.